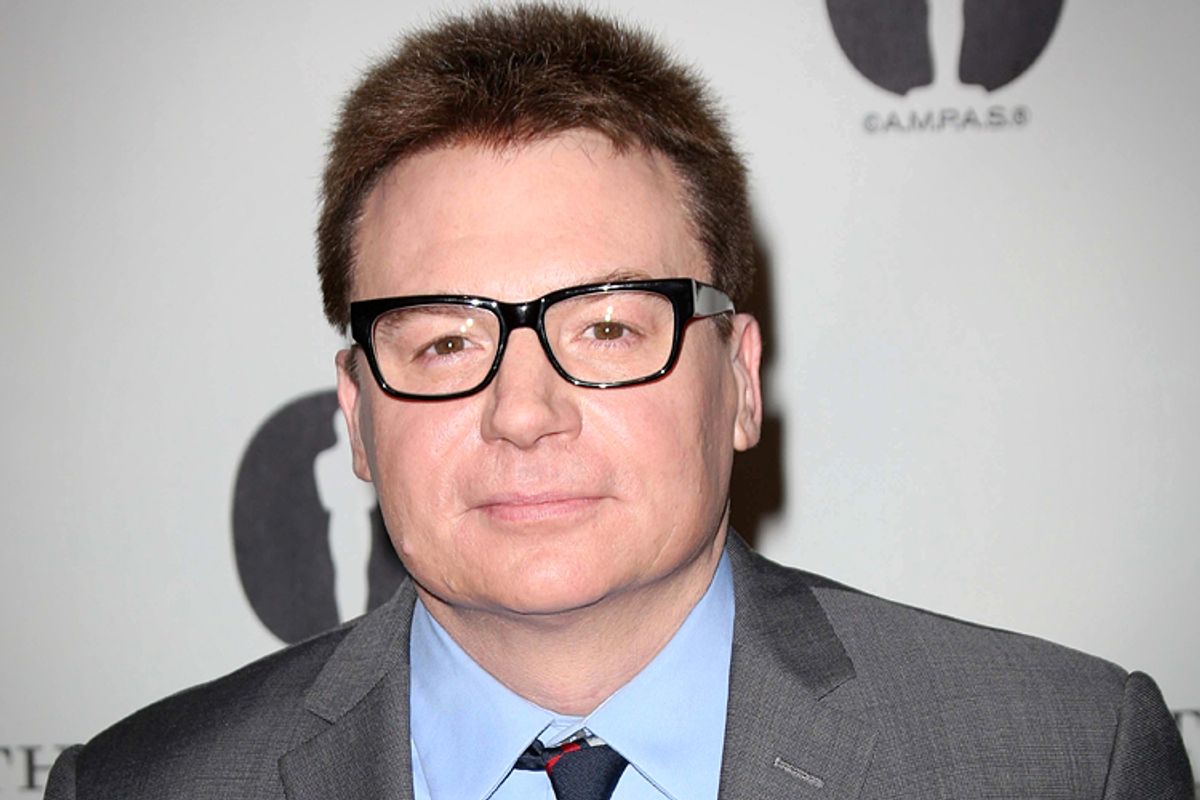 Nine years after Kanye West boldly declared, “George Bush doesn’t care about black people,” on a telethon raising money for the victims of Hurricane Katrina, the man who literally stood by his side agrees with West's take.

In an interview for the June issue of GQ, Mike Myers says he was “super proud” to have been next to West at that moment:

For me it isn't about the look of embarrassment on my face, it is truly about the injustice that was happening in New Orleans. I don't mind answering the question but the emphasis of it being that I'm the guy next to the guy who spoke a truth. I assume that George Bush does care about black people—I mean I don't know him, I'm going to make that assumption—but I can definitively say that it appeared to me watching television that had that been white people, the government would have been there faster. And so to me that's really the point—the look on my face is, to me, almost insulting to the true essence of what went down in New Orleans.

At the time, Myers admits, he wasn’t entirely familiar with West’s work. But West gave him a bit of a warning of what might be said. That he might “take liberties” with what was going on.

“I didn't know that the liberty would be calling out the president,” Myers said.

In his 2010 memoir, "Decision Points," George Bush wrote (dictated?) that West’s remarks were an “all-time low” of his presidency.

Following the release of the 43rd president’s memoir, in November 2010, the "Today" show interviewed West, nudging the 21-time Grammy Award-winning pop superstar toward an apology. “And you’re sorry,” said the show’s host, Matt Lauer, who then played a clip of a three-hour interview he had conducted with Bush.

West responded to the clip by telling Lauer, “I would tell George Bush in my moment of frustration, I didn't have the grounds to call him a racist,” adding, "I believe that in a situation of high emotion like that we as human beings don't always choose the right words."

The clip was clearly intended to shame West, who then took to Twitter to express his frustration with the forced apology.

“I feel very alone very used very tortured very forced very misunderstood very hollow very very misused,” West tweeted (of course, deleting later). “I went up there to express how I was empathetic to Bush because I labeled him a racist and years later I got labeled a racist.”

Myers thought West handled himself well on the telethon.

“There's a world of fail culture, and it's hardly a fail on my part to be next to the guy that spoke truth to power at a time when horrific injustices,” Myers said.