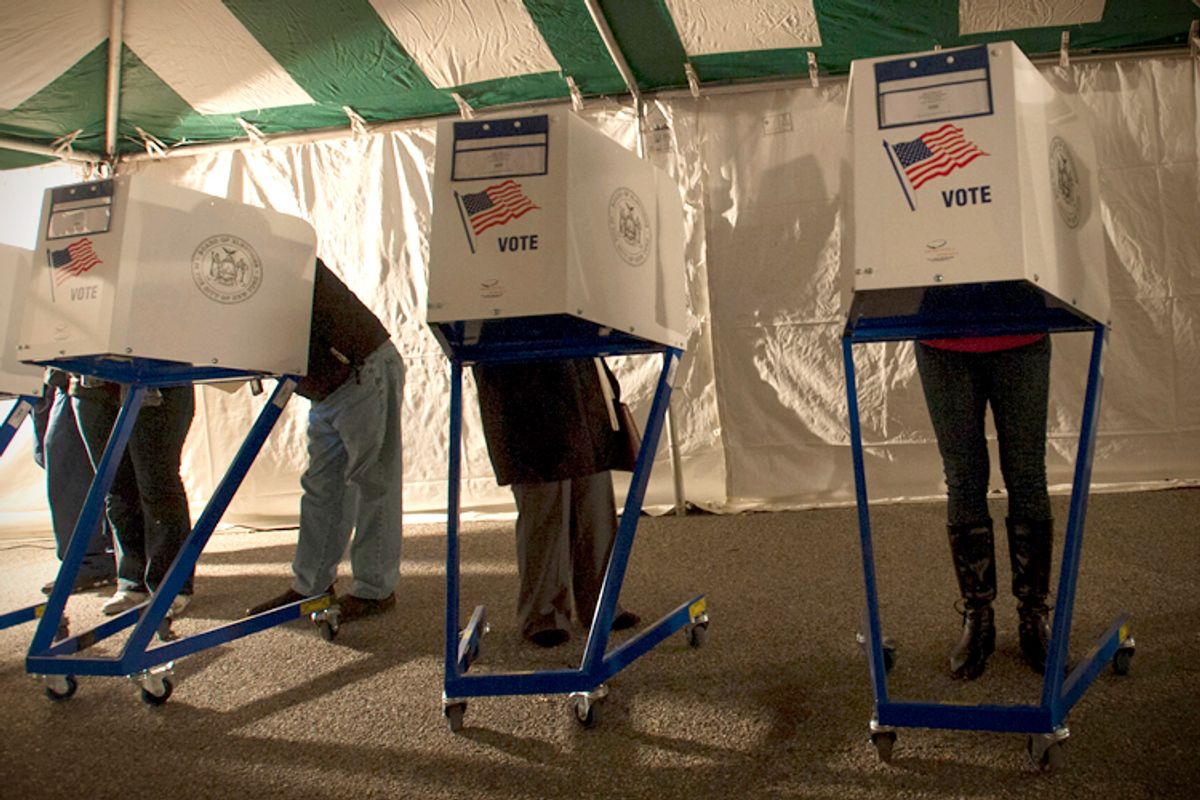 Unsurprisingly, now that voter identification has become the law of the land in Arkansas, poll workers are wielding their newfound power with pride:

The American Civil Liberties Union of Arkansas has received numerous complaints from voters who say poll workers "quizzed" them about the information on their IDs, one of the organization's officials told TPM on Wednesday.

"It's not one or two specific locations, we're hearing about it in various locations around the state," Holly Dickson, legal director at ACLU of Arkansas, said in an interview. "There may have been a coordinated effort to have poll workers enforce the law this way -- that remains to be seen, of course.”

The Arkansas Times’ Max Brantley has compiled a nice list of voter complaints on the illegal quizzing worth checking out. Here are some worth noting:

I voted in the Democratic primary at Temple Baptist Church, Springdale, Arkansas. I was asked many questions. The little old lady was pleasant and I was nice to her but I was asked to specifically mention that the word "Place" was in my street address in addition to the street name, etc.

I am writing to inform you that I was quizzed on my date of birth after providing ID at the Graves Memorial Baptist Church polling location in Oak Grove, AR.

I was quizzed about my name, address and birthdate while the election volunteer held my license where I couldn't see it. Is that also part of the photo ID law? I mean, my drivers license does have my photo right there on the front... Are we testing for fake IDs now, too?

A representative of the Arkansas' Board of Election Commissioners said his agency had not yet received any complaints about the issue.

"I can tell you that poll workers, from our perspective anyway...were trained on the correct process," said Justin Clay, the Board’s director.

Perhaps. Clay may very well have ensured that all poll workers received the appropriate amount of training. Certainly, those workers responsible for turning away gubernatorial candidate Asa Hutchinson for not having his ID were likely following their protocols. Hutchinson had to send an aide to fetch his ID from his law office after arriving unprepared. He considered the law a simple “inconvenience.” But, according to Brantley, proper training didn’t translate into perfect execution.

“What happened, all over Arkansas is that voters presented an ID and clerks all over Arkansas then held onto it and quizzed voters to see if they could correctly answer a quiz on what was contained there. Again, the photo ID is not for proof of birth date or address, it is for ID of bearer only,” Brantley wrote.

Looks like the Arkansas law is off to a blistering start.