Scientists may have pinpointed what's killing the bees: Yep, it's the pesticides 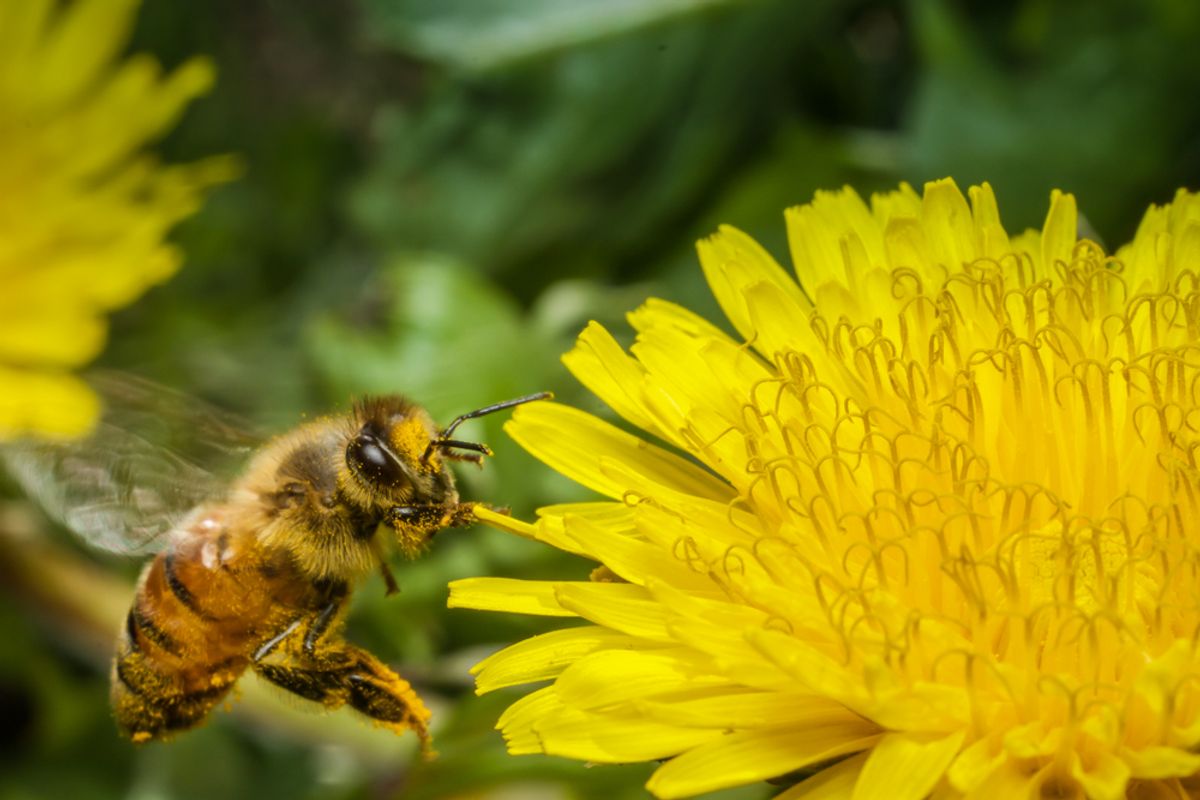 In his heartbreaking discussion with Salon about the sad, doomed plight of the world's bees, bumblebee expert David Goulson laid out the three main suspected causes of recent die-offs: habitat loss, disease and a specific class of pesticides known as neonicotinoid. That third one's  the most controversial and, to the increasing frustration of many, one that the U.S. has yet to address. It's also, according to a recent study from Harvard, the key factor causing colony collapse disorder, or CCD.

The experiment couldn't have been simpler. Working with nearby beekeepers, Harvard researcher Chensheng Lu and his team treated 12 colonies with tiny levels of neonics and kept six control hives free of the popular chemicals. All 18 hives made it through summer without any apparent trouble. Come winter, though, the bees in six of the treated hives vanished, leaving behind empty colonies—the classic behavior of colony collapse disorder. None of the six control hives experienced a CCD-style disappearing act, although one did succumb to a common-to-bees gut pathogen called nosema.

Other studies have shown negative "sublethal" impacts of neonics on bees—that is, that the chemicals harm bees in subtle ways at doses too low to kill them outright. For example, this 2012 Science paper found that tiny amounts of the chemicals significantly affects bees' ability to find their way back to their hives—"at levels that could put a colony at risk of collapse." Another 2012 study, also published in Science, found that bumblebees exposed to "field-realistic levels" of a neonicotinoid called imidacloprid exhibited a severely diminished capacity to produce new queens. What makes the new Harvard study remarkable is that it actually simulated colony collapse disorder—neonic-treated bees suddenly abandoned hives that had been healthy all summer, while untreated bees hung around and repopulated their hives.

In the paper, the authors call the spectacle of abandoned hives "striking and perplexing" because "honeybees normally do not abandon their hives during the winter." More research is needed to identify the mechanism by which neonic pesticides trigger the evacuations, they write, but the results point to "impairment of honeybee neurological functions, specifically memory, cognition, or behavior, as the results from the chronic sublethal neonicotinoid exposure."

Mystery solved, according to Lu. But Philpott also spoke with USDA researcher Jeff Pettis who, while supportive of the study, said it was too small to hold forth as the answer to everything. Pettis did acknowledge, however, that it's the latest addition to a long list of studies showing that even if pesticides aren't the thing killing the bees, they're almost definitely a thing killing the bees. That, unfortunately, is good news for the pesticide industry, which would rather CCD remain enigmatic, lest the U.S. make like Europe and ban the chemicals altogether.