A new Atlantic article--no, not that one--suggests that quiet characters create belligerent boys. I'm not so sure 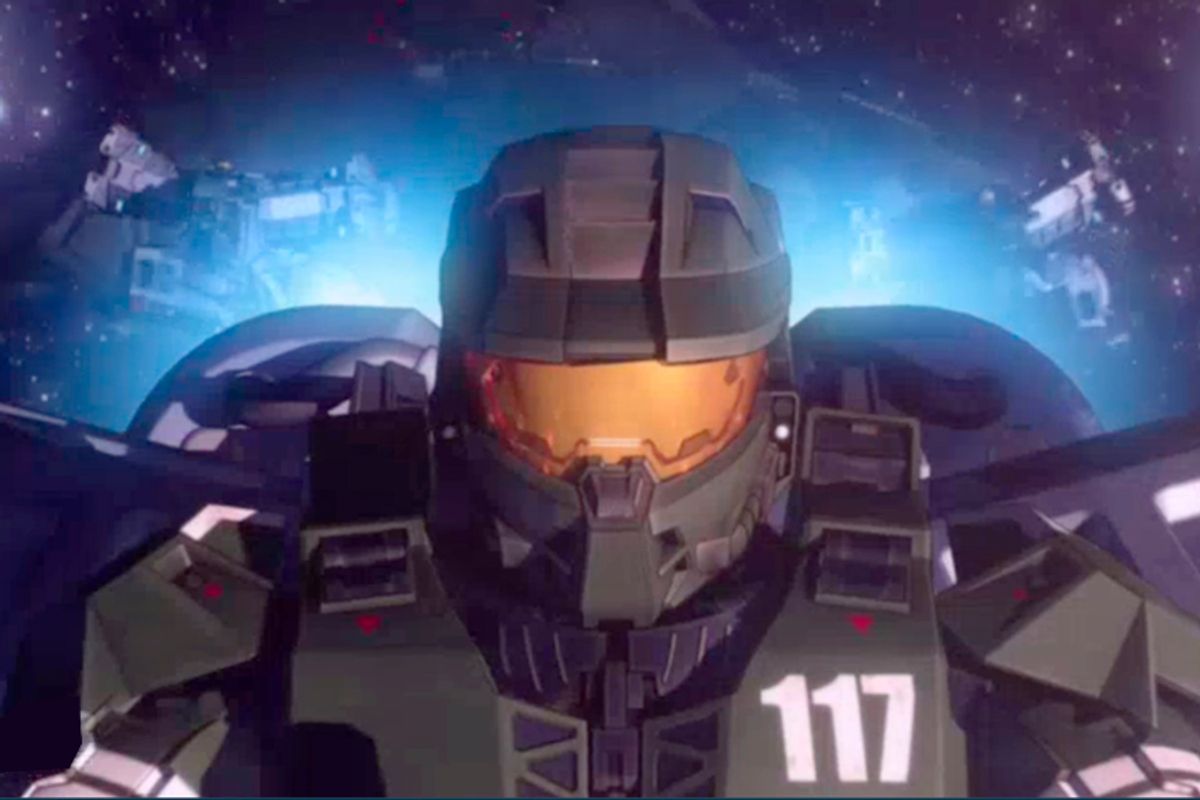 "The Atlantic" ran a story today that suggests unfeeling protagonists in video games may be the cause for boys behaving coarsely, rudely or even viciously during online play. The piece follows the research of author Rosalind Wiseman ("Queen Bees and Wannabes") and gamer/actress Ashly Burch and specifically calls out armored super-soldier Master Chief from the immensely popular and successful "Halo" franchise for the character's stoicism.

In a separate survey of more than 1,000 boys, Wiseman and Burch asked about video-game habits. Overwhelmingly, the boys chose Master Chief, the hero of Microsoft’s blockbuster Halo series, as their favorite character.

Why? He’s a “badass," according to the kids, “an amalgamation of all the things boys want to be,” Burch says. “They want to be cool and save the day.”

The problem with that, Burch says, is that Master Chief is emotionless, a point she emphasized at GDC by showing footage of a climactic scene in which Master Chief sounded like a robot.

Atlantic write Patrick Stafford goes on to cite Wiseman who acknowledge that while the rather wooden, invulnerable personas of Master Chief and other characters like him don't actually turn young boys into online bullies, they essentially leave a void to be filled by the worst expressions of "racism, homophobia and misogyny." Wiseman allows that this is much more likely when the boys lack "solid role models" outside of virtual reality -- an allowance that, to me, seems to all but absolve video game manufacturers of any real liability in this particular instance. But I'm not writing here simply to raise the "Well, where are their parents?" defense.

I'm advocating on behalf of Master Chief's personality, or -- more accurately -- his lack of same. Master Chief is not merely stoic, he is a cipher, a puppet, an empty vessel meant to be filled with the personality of the player, no matter how foul-mouthed or belligerent. Look at the structure of the game itself: "Halo" is a first-person shooter. Master Chief is practically a shell, a suit of armor -- no face, just a mask with internal heads-up displays that feed information directly to the person inside -- ostensibly you. One sees the world through this mask as if he (or she -- sometimes we forget) were wearing it. To put the responsibility for bullying or misogyny on the manufacturers of that mask is akin to blaming the makers of hockey masks for not equipping them with a sound module that announces, "Don't worry, I'm not Jason."

According to Stafford, Wiseman proposes filling out these empty characters with more balance and sensitivity: "Creating heroes who actually display emotion, fear, and even moments in which they have no idea what the hell they’re doing can be a relief for young men." I'm all for stronger character development in video games. I prefer "Gears of War" to "Halo" partly because Marcus Fenix is way more of a cut-up than Master Chief will ever be. But "Halo," like many other first-person shooters, is a particular type of experience, a variety of role play that allows you as the player to invest more of yourself into the role. Obliging you to shake hands with the competition, as Stafford's piece suggests, takes some of the power out of your hands. In addition, most character personalities exist only in a game's "campaign" mode where there are pre-written lines. Most of the bullying that goes on in gaming is during online multiplayer matches where there is little to no scripted dialogue. These matches are something of a free-for-all; it would be impossible for game makers to craft enough considerate, sportsmanlike exchanges to guide the tenor of a four-on-four Slayer confrontation. That leaves players, ultimately, to speak their own minds in the heat of battle. If you happen to be an asshole at that moment, that's not Master Chief's fault. He literally didn't say a word.