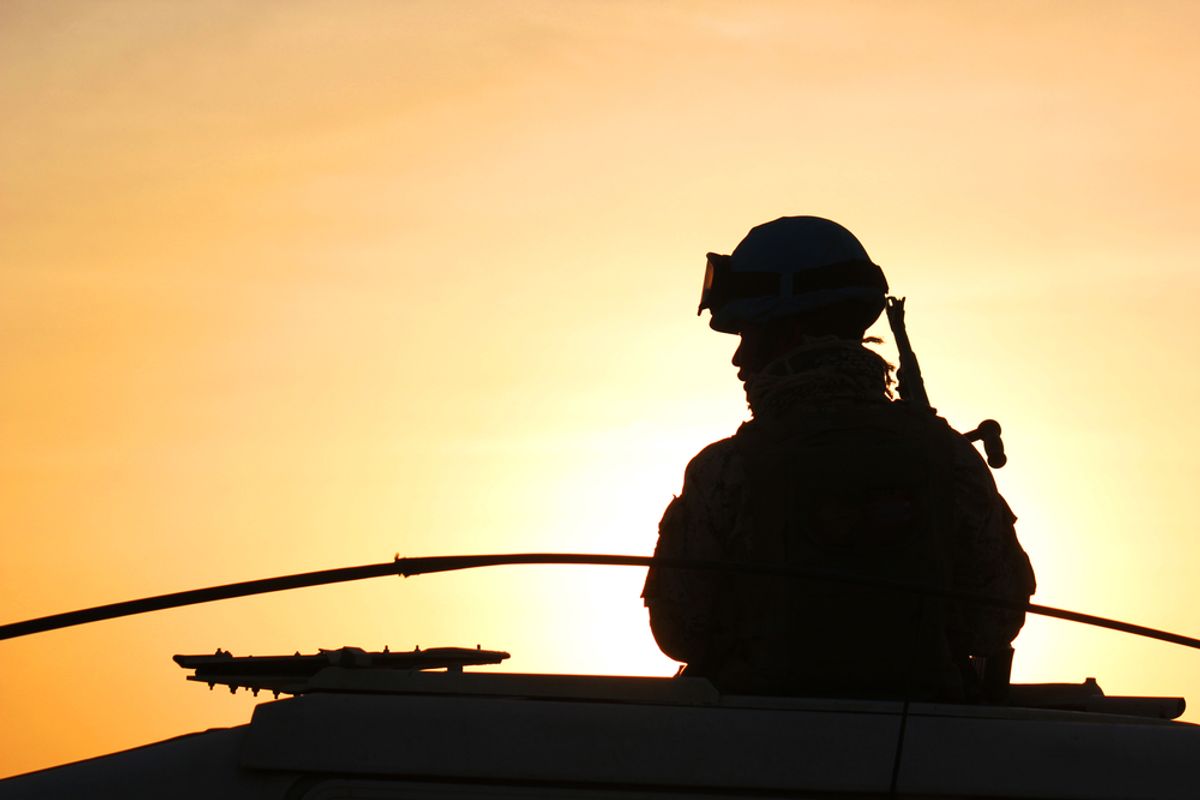 The notoriously anti-science House Science Committee has hit a new low, voting on Thursday to approve a spending bill amendment that “would prohibit defense spending on climate change research and the social cost of carbon analysis.” Translated: The Pentagon is being ordered to ignore climate science.

Specifically, the amendment, which was introduced by Rep. David McKinley, R-W.Va., forbids the Department of Defense from in any way utilizing the findings and recommendations of the National Climate Assessment or the U.N. Intergovernmental Panel on Climate Change’s fifth assessment on climate change, two landmark, comprehensive reports reflecting the work of hundreds of the world's top climate scientists and experts -- or, as McKinley referred to it, "ideology." In so doing, it renders all that knowledge and understanding effectively irrelevant to national defense.

This is a problem, because understanding and preparing for climate change is an important thing the Department of Defense needs to be able to do, in order to, you know, defend us. Their words: "DOD expects climate change to challenge its ability to fulfill its mission in the future." Natural disaster response, increased conflict tied to drought and food and water security and other "non-traditional" security challenges are all things the military's been actively working to address. In its 2014 Quadrennial Defense Review, as a recent example, the Pentagon identified the impacts of climate change as “threat multipliers” that “may increase the frequency, scale, and complexity of future missions." It's even looking for ways to reduce its own carbon footprint, by cutting back on energy use and switching to renewables.

Not necessary,  according to McKinley. "Climate change alarmists contend that man-made CO2 is the cause of climate change," he explained on the floor. "Most people may not realize that 96 percent of all the CO2 emissions occur naturally."

The bill passed Friday, and is now on its way to the Senate, where, for all of our sakes, it will hopefully die.