In its quest for endless profit, the world's largest private employer has generated a huge backlash of late 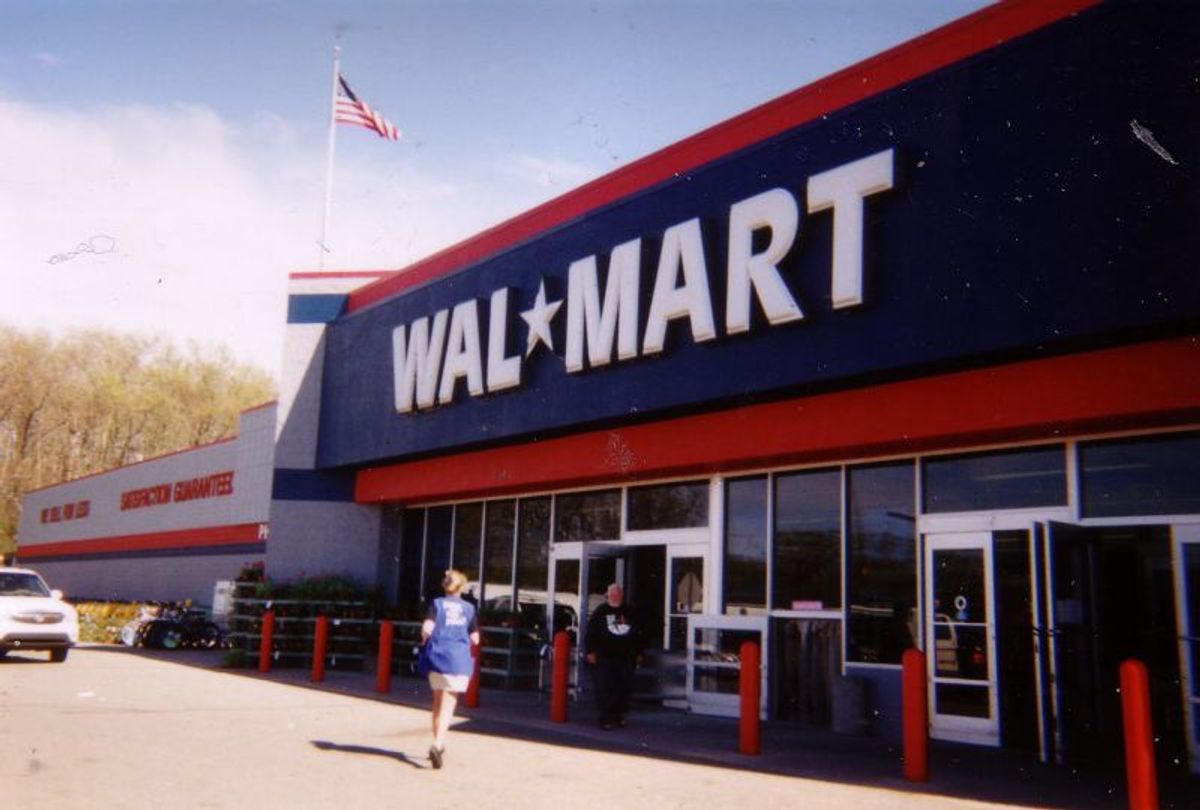 Millions in wage theft fines. Federal prosecutions. Divestment from the first big city. These are some of the things Walmart has brought upon itself due to its corporate greed. And the world's largest private employer will likely continue to create massive backlash if it maintains its hunt for endless profit.

Here are six reasons the corporation is currently feeling the heat.

1. Walmart agrees to a settlement in a massive wage theft lawsuit.Last week, Walmart and Schneider Logistics, Inc., agreed to a $21 million settlement for a decade’s worth of federal and state labor violations at a Walmart warehouse at Riverside County, CA. The violations had affected 1,800 workers who loaded and unloaded boxes of goods on their way to Walmart. These employees sued the Walmart and Schneider because they often worked for less than minimum wage, without required breaks, benefits or overtime compensation. While Walmart tried to claim it had no knowledge of these conditions, a judge ruled that the presence of up to two-dozen Walmart managers at the warehouses made them both aware and liable for the conditions at the warehouse.

This settlement isn’t its first. In 2011 and 2012, Walmart’s contracted warehouse facilities were fined for labor violations. Staff from Warehouse Workers United, a campaign demanding better working conditions for warehouse workers, first identified the violations at Schneider. Director Sheheryar Kaoosji said, “Walmart has denied its control of its subcontracted warehouses time and again, despite the existence of their own Standards for Suppliers document that prohibits wage theft, health and safety violations, and retaliation. Whenever workers in Walmart’s supply chain have stood up, Walmart has attempted to deny responsibility. Only through a responsible contractor policy and by allowing workers to have a voice at work without retaliation will these cases be prevented, rather than repeatedly going through slow and costly litigation.”

2. Government begins prosecution of Walmart for illegally firing workers. Speaking of lawsuits, Walmart is facing another one — this time with the government of the U.S. of A. Back in November, the National Labor Relations Board found that the corporation violated the rights of dozens of workers when it “unlawfully threatened, disciplined, and/or terminated employees” for both “having engaged in legally protected strikes and protests” and “in anticipation of or in response to employees’ other protected concerted activities.” The trial began for nearly 70 workers in Oakland, CA on Monday. If Walmart is found liable, workers may receive back pay, reinstatement and a reversal of disciplinary actions.

This trial is historic and will have implications for workers nationwide when they speak out for better jobs. … The government’s charges against Walmart are sweeping: this is the largest ever NLRB complaint against the company in both size and scale. Walmart isn’t above the law, and it must be held accountable for its actions. Walmart acted illegally when it systematically fired workers, and the company must end the illegal retaliation now.

3. Portland becomes first city to divest from Walmart. Joining other investors fed up with the corporation’s abuse of workers’ rights, Portland, Oregon has become the first city to divest from Walmart. As part of its adoption of socially responsible investment principles this past fall, Portland’s city council decided to discontinue its investment in the corporation. Portland’s Commissioner Steve Novick stated in a press release, “I’m hopeful other cities and states take note and adopt similar investment principles to hold companies accountable and align our investment policies with our values.” The last of Portland’s Walmart bonds will mature in April 2016, at which point the city will have rid $36 million invested in the company.

4. Walmart blames weather on poor first quarterly sales.Walmart’s sales for the first quarter of the year are weak, with the stock down 3 percent in pre-market trading and customer traffic falling 1.4 percent. Like last year, Walmart blamed its weak sales on bad weather. But labor advocates blame its low pay, which doesn’t allow for its own employees to shop there. They also point to customer dissatisfaction with the store that it is often understaffed and therefore chaotic. John Marshall, a financial analyst for United Food and Commercial Workers, which backs the OUR Walmart campaign, wrote in a statement:

Does cold weather hurt a company that derives most of its sales from the grocery and consumables category? Many analysts understand that inclement weather typically results in an increase in food-at-home purchases as consumers stock up on groceries and other consumables. In fact, by late March, as weather patterns were normalizing, Credit Suisse analysts declared an end to the “weather benefit,” citing a decline in the Nielsen Supermarket Sales index from its above normal growth levels during the previous three months.

5.Walmart pays executives big bonuses for poor performances.Despite Walmart’s weak sales, top executives still received big bonuses — bonuses they were only supposed to receive if sales grew by 2 percent. But sales only grew by 1.8 percent in fiscal 2014. Instead of denying these executives the incentive pay they didn’t earn, a New York Times report found that Walmart made what it called “adjustments” to the company’s sales in order to give William Simon, CEO of Walmart in the U.S., his bonus. For Simon, Walmart adjusted sales by eliminating the decline factor of the government’s cut of food stamp benefits in November. Because many of Walmart’s customers use food stamps, this cut decreased sales. But Walmart acted like this cut never happened, and instead Simon walked away with a $1.5 million bonus.

As ThinkProgress pointed out, this means a CEO can get an 11 percent bonus for a poor performance while the highest bonus a Walmart employee could receive is 8 percent. Walmart worker Mary Pat Tiff told the Times: “Walmart associates are having their hours cut because of declining sales but executives are still getting their bonuses… It’s ridiculous that they can keep receiving their compensation because they keep moving the numbers around.”

6. Organizers call out Obama for visiting Walmart to talk about renewable energy.Environmentalists were baffled when President Obama recently visited a Walmart in Mountain View, Calif. to speak about clean energy. Thirty environmental and labor organizations released a statement slamming the president for his venue choice. After all, a new report recently found the corporation runs on only 3 percent of wind and solar energy, while some of its fellow retailers, such as Kohl’s, already use 100 percent.

In addition, Walmart is known for being one of the worst contaminators of the environment in the world, ranking right behind Chevron on the list of biggest climate polluters. Much of its pollution is caused by the transporting of goods to stores and then to homes. Walmart also supports political candidates who block action to climate change. Hundreds of protesters rallied outside the Mountain View store to point out both the president’s and Walmart’s hypocrisy.