According to ABC News, the family has identified the suspected shooter -- and other new details 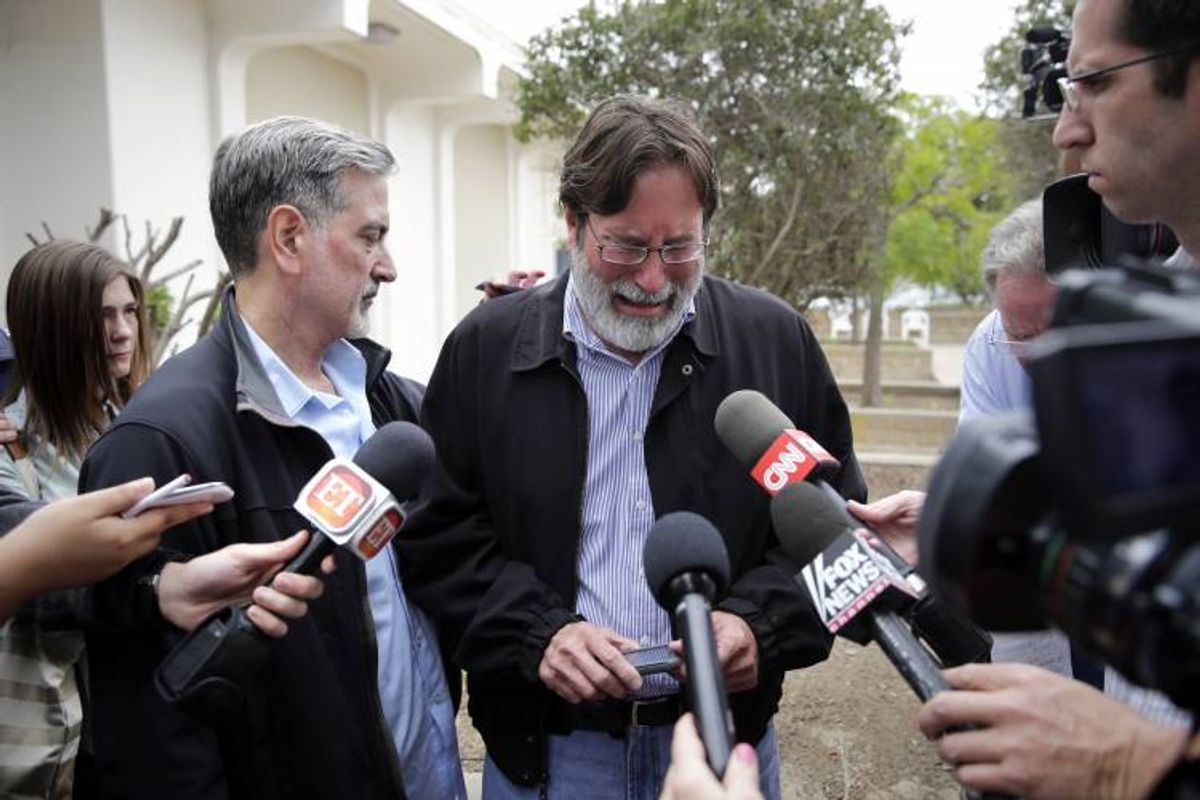 The young man suspected of killing six and wounding seven last night near University of California, Santa Barbara, has been identified by the family as the son of Peter Rodger, a filmmaker and assistant director on the first "Hunger Games" movie.

The family's attorney Alan Schifman said Peter Rodger identified his son, 22-year-old Elliot Rodger, as being involved in the shooting, according to ABC News.

“They want to send the deepest condolences to all the victims' families involved at this time,” Schifman said of the Rodger family. He called the family "devastated." A video of the statement can be found here at BBC.

Elliot Rodger was also among the dead; he was found in a black BMW with a semi-automatic handgun and a gunshot to the head. The investigation is ongoing and it is unclear if he took his own life, or if he was shot in one of the two separate shootouts with deputies.

ABC News is also reporting that Elliot Rodger was allegedly being treated by multiple therapists, and according to reports he was a student at Santa Barbara City College.

According to Schifman, questions had been raised about Elliot Rodger's well-being in the last several weeks. His parents had allegedly reported his disturbing YouTube videos to police, ABC News reported. Schifman also said that Elliot had been questioned by police, but did not specify which jurisdiction.

Police have yet to confirm that Elliot Rodger is the shooter, but they did say that the YouTube video titled "Elliot Rodger's Retribution" appeared linked to the crime.

In the chilling, misogynistic and deeply disturbing video, taped in the front seat of his car, a man who identifies himself as 22-year-old Elliot Rodger talks about his "loneliness, rejection and unfulfilled desires" and says, “I’ll take great pleasure in slaughtering all of you.” According to the video, the target of his retribution was mainly girls, who would not date him.

According to ABC News: "Schifman said Rodger was diagnosed as being a high-functioning patient with Asperger syndrome and had trouble making friends."

Other videos, allegedly of Elliot Rodger, were posted by Gawker. One from three weeks ago has the description: "I temporarily took all of my Vlog's down due to the alarm it caused with some people in my family."

The shooting, which Santa Barbara County Sheriff Bill Brown called a premeditated mass murder, began at around 9:30 p.m. PDT. The alleged shooter took aim at people in a crowded area of Isla Vista from his black BMW. The police had nine separate crime scenes, and stated that the entire incident starting from the first 911 call lasted around 10 minutes.

Some of the victims of the tragedy were shot, while others, according to the Los Angeles Times, were hit by the suspect's car.