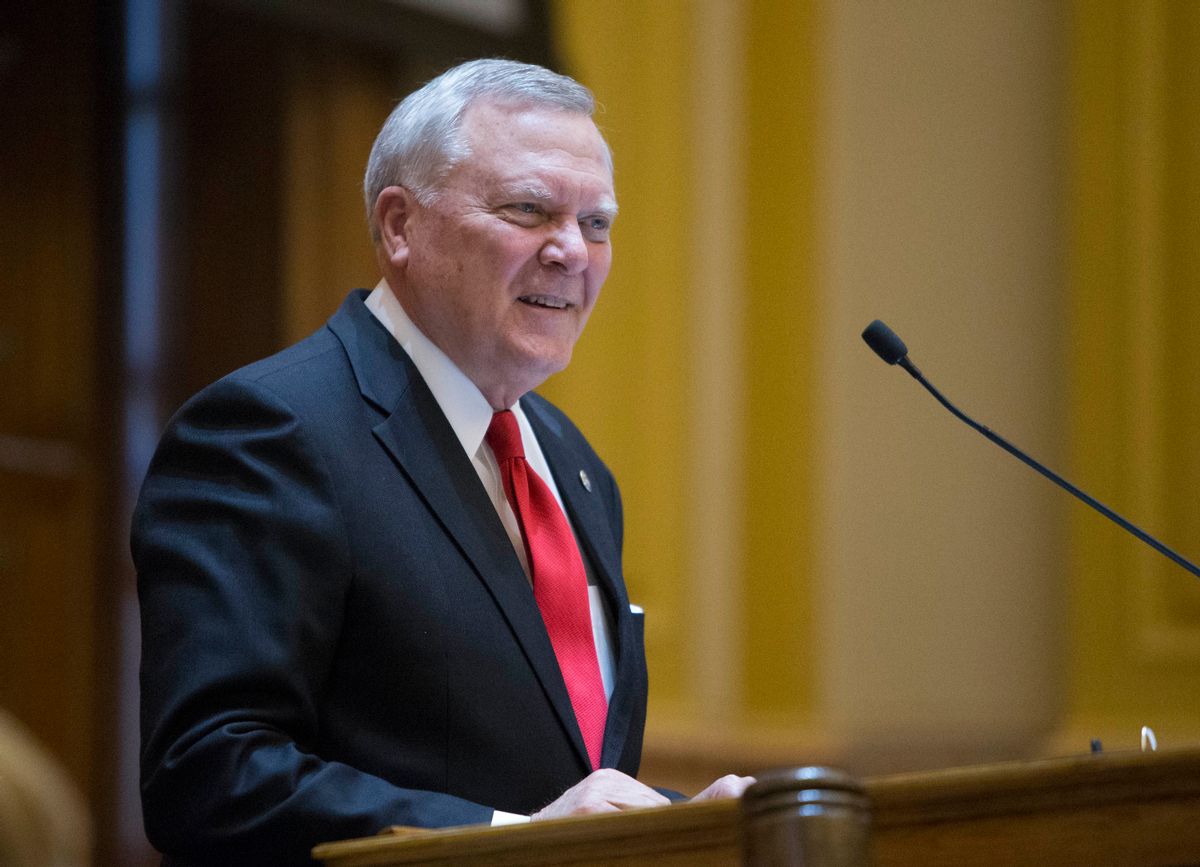 Georgia has taken the lead in the mad dash to thwart the Affordable Care Act (ACA) and prevent poor people from accessing health care. Last week, Governor Nathan Deal signed into law two bills that ensure the state won’t be expanding Medicaid any time soon, and that make it decidedly more difficult for people to gain coverage under the ACA. These laws – a notch in the belt of conservatives preparing for the fall election – compound the social and economic injustices already experienced by many low-income Georgians.

House Bill 990 moves the authority to expand Medicaid out of the Governor’s office and over to lawmakers. In a state where conservative politics run deep, HB 990 is Governor Deal’s clever way of way of ensuring Medicaid expansion will never get passed, and abdicating all responsibility for the health and economic consequences that will surely result. The second bill, HB 943, restricts state and local agencies and their employees from advocating for Medicaid expansion, bans the creation of a state health insurance exchange, and prohibits the University of Georgia from continuing its navigator program once its original federal grant expires in August. The University’s navigators have been working throughout the state – especially in underserved rural areas – to help demystify the ACA, assist individuals in gaining coverage on the national exchange, and help those who already qualify for Medicaid to enroll.

“Someone else will now have to re-invent the wheel and figure out how to get resources to people in rural areas," said Beth Stephens of Georgia Watch, a non-partisan consumer advocacy organization.

Like many other states that refuse to participate in Medicaid expansion, Georgia isn’t faring so well by most socio-economic indicators. The poverty rate, which now hovers around 20 percent, is 50 percent higher than it was in 2000. Nearly two million Georgians do not have health coverage, ranking the state fifth nationally in numbers of uninsured. Close to half of those individuals between the ages 18 and 64 have incomes below 138 percent of the federal poverty level, many of whom would be covered under Medicaid expansion. Georgia has one of the nation’s highest unemployment rates (seven percent) and today the average family makes $6,000 less than it did 10 years ago, when inflation is factored in. Individuals living outside of major cities have few health care options. In recent years eight rural hospitals have closed, leaving residents with scarce health resources and hospital workers without jobs.

To make matters worse, lawmakers in Georgia have been systematically dismantling the state’s social safety net. Of the 300,000 Georgian families living below the poverty line, only 19,000 receive TANF and more than three quarters of those cases involve children only. That means that fewer than seven percent of low-income Georgians are able to get the welfare assistance they badly need. On the same day that Governor Deal signed the aforementioned bills, he also signed HB 772, requiring certain individuals to pass – and foot the bill for – a drug test before receiving welfare and food stamps. That bill is thought to be the nation’s most stringent when it comes to public assistance.

The environment is especially hostile for Georgia’s women, 21 percent of whom live in poverty (33 and 36 percent of Black and Hispanic Georgian women, respectively). More women in Georgia die of pregnancy-related causes than women in all but two other states. The U.S. maternal mortality rate (MMR) is 18.5; that is the number of women who die for every 100,000 births. Georgia’s MMR has more than doubled since 2004 and is now 35.5 (a shocking 63.8 for black women and 24.6 for white women). Expanding Medicaid would extend health coverage to more than 500,000 uninsured Georgians, 342,000 of them women. That coverage would surely save women’s lives.

Expanding Medicaid is the right thing to do, and it makes good economic sense. It would support the development of 70,343 jobs statewide in the next decade. In that time it would bring $33 billion of new federal funding into the state, generating $1.8 billion in new state revenue. Despite all this, and despite the fact that poverty is increasing, access to health care is decreasing, and more women are dying because of pregnancy than in any time in the past 20 years, conservatives in Georgia proudly reject Medicaid expansion.

Grassroots groups in the state are working hard to counter anti-ACA sentiments. SPARK Reproductive Justice Now, an Atlanta-based non-profit that is educating and mobilizing Georgians on issues related to the ACA, released a statement in support of Medicaid expansion immediately after the Supreme Court determined states could opt-out. In addition to hosting press conferences at the capital and participating in public education events, SPARK is empowering young people to collect and tell their own stories – and those of their families – to illustrate the need for improved health access in the state and clear up confusion about how the ACA would benefit various communities. The organization is also collaborating with health navigators, particularly those working in low-income, LGBT, and black communities, to get across the message that all Georgia citizens deserve health security. “We are telling them they shouldn’t have to worry about sacrificing gas, transportation, prescriptions, etc. We are putting it back on our state and our policymakers to make it right for everyone," said Malika Redmond, SPARK’s executive director.

The majority of Georgians want lawmakers to make it right. Polls show that 59.6 percent disagree with the state’s refusal to participate in expansion. That sentiment is shared by 64.9 percent of women and by 82.9 percent of African-Americans.

Conservative lawmakers don’t seem to care. They are busy patting each other on the back for sticking it to Obama and undermining the ACA. But the ACA isn’t going away. It’s only getting stronger. And the only people conservatives are sticking it to are the poor families in their state that are already reeling from policies that are costing them their health, their happiness, and their lives.