Mass-transit magic: How America's fourth-largest city can abandon its addiction to cars

In Houston, taking the bus is a measure of last resort. But that might not be the case for long 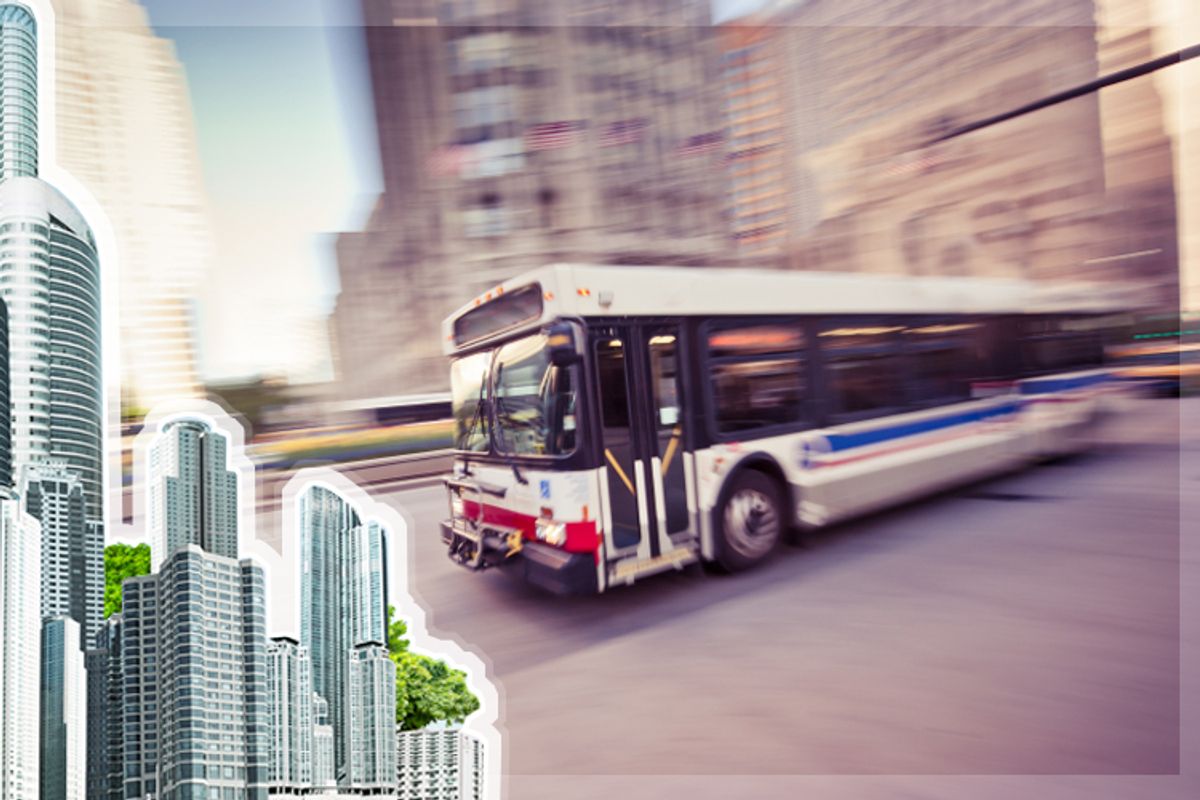 When I sat in on one of Jarrett Walker’s courses in network design two months ago, Walker had his students playing a game. A transit consultant, Walker helps cities pick the routes of buses, streetcars and trains. In the game, the students had to design a bus system for an imaginary city called Newport. They learned to evaluate tradeoffs between ridership and coverage, between waiting and walking. They saw how different patterns — gridded like a chessboard or centered like an asterisk — favored different journeys.

What Walker can’t teach them is politics: the ways in which developers, elected officials and neighborhood groups nibble at the systemic logic of transit design to feed their own interests. Outside the classroom, alterations to transit networks come piecemeal, an addition here or a subtraction there, sufficiently small to slide through the gaps in the political fabric. Walker calls it “pruning.” Newport is a fake city; in real life, redesigning a full urban transit network for a major city is a once-in-a-lifetime opportunity.

But that is exactly what Walker has been doing for the past eight months in Houston. Along with the consultancy Traffic Engineers Inc. and local transit planners from METRO, Walker was given carte blanche to redesign the bus network in America’s fourth-largest city. Side by side with the present network, the new scheme is a virtually unrecognizable revision. It will transform how the 3.5 million people in the METRO’s Houston service area travel without a car.

They call it “the frequent network.” A bus arriving every 15 minutes (or faster), 15 hours a day, 7 days a week is within ten blocks of 1,126,000 people, as opposed to 534,000 under the existing system. The percentage of current riders within a quarter-mile of frequent service increases to 73 percent, seven days a week, up from 49 percent on weekdays and a measly 25 percent on weekends. Without increasing the system’s operating budget, the plan is expected to boost bus ridership in Houston by 20 percent.

How did Houston spin the same amount of yarn into a blanket twice the size? The answer lies partly in the shortcomings of the current network, which is by all accounts pathetically unable to meet the needs of its (potential) riders. Of the many ways to measure its inadequacy, here are three:

Houston’s bus network simply hasn't been getting people where they need to go.

These failings stem from a system ridden with obvious redundancies, adapted in makeshift fashion to run in concordance with the city’s light rail system a decade ago. But part of the problem, too, is that the bus network is very old, in many cases a descendent of the city’s ancient streetcar routes, and, as Stephen Smith explains at "Next City," Houston moved on without it. The 610 Loop, for example, encloses what’s considered central Houston. But the area of the same size to the west of the Loop has about the same population. Only three high-frequency bus routes currently cross the western edge of the 610, though the densest residential neighborhood in Houston, Gulfton, is seven miles west of downtown. METRO’s buses currently serve a city with one central business district, but most Houstonians now consider the city to have seven downtowns.

But there were also trade-offs. Here’s Walker on the priorities that dictate the reimagining: "The plan devotes 80% of Metro's resources to maximizing ridership, which all of these frequent lines do, and only 20% to providing access to people living in expensive-to-serve places. Currently only about 50-60% of resources are devoted to services where high ridership is a likely outcome.” It’s a shift from geographic equity to demographic efficiency, which is a common theme of Walker’s Human Transit blog, and an issue that crops up everywhere from bike-share to Amtrak.

It is now time for the system to undergo public review, and transit wonks wait with bated breath to see if the changes are picked apart. The editors at the Houston Chronicle (which endorsed the redesign) hinted at the mood with the headline, “Metro unveils major change to bus service, awaits public outcry.” Or as Chronicle transportation reporter Dug Begley put it in September, when the “reimagining” was announced: "Metropolitan Transit Agency officials are considering making dozens of people very, very mad.”

In reality, it’s probably tens of thousands of people who will be mad — the six percent of riders whose trips to work get slower; those whose trips now involve more walking; and the reliable contingent of reactionaries that give Houston transit discussions their distinctive flavor — compared to hundreds of thousands whose commutes improve. But the squeaky wheel gets the grease.

Assuming the new bus network makes it off the drafting board unscathed, can it revise the reputation of the bus in Houston as a transportation option of last resort?

This famously car-centric city has made great strides in recent years towards becoming a place where walking, biking and transit use aren’t seen as evidence of a drunk driving conviction. The second and third lines of Houston’s light rail system are currently under construction and set to open later this year. In 2012, Houston voters approved a bond referendum allotting $100 million to the Bayou Greenways 2020 project, an interconnected web of bike-ped paths and parks. With 68 percent of the vote, it was the most positive referendum in Houston history. The city now deploys undercover bike cops to ticket drivers who drive too close to cyclists. And the city recently doubled the amount of subsidies available to developers building large, mixed-use buildings downtown -- it will now offer $15,000 for each residential unit in a building with 10 units or more, up to 5,000 units from 2,500.

But Houston remains one of America’s most dangerous (and unpleasant) metros for pedestrians. And though Houston is the largest American city without a zoning code, building the high residential density that enables car-free life has been controversial. A proposed 21-story condo building in a residential neighborhood west of downtown has been embroiled in a legal fight with neighbors for seven years, and earlier this month a judge ruled that the complainants deserve compensation from the developers — an ominous precedent in a city where density is just beginning to challenge sprawl.

Those concerns won’t go away as Houston continues to grow, and grow up. But there’s one issue that can be settled this summer: getting a new bus system. It’s about time.