Santa Barbara shooting update: Suspect had over 400 rounds of ammunition 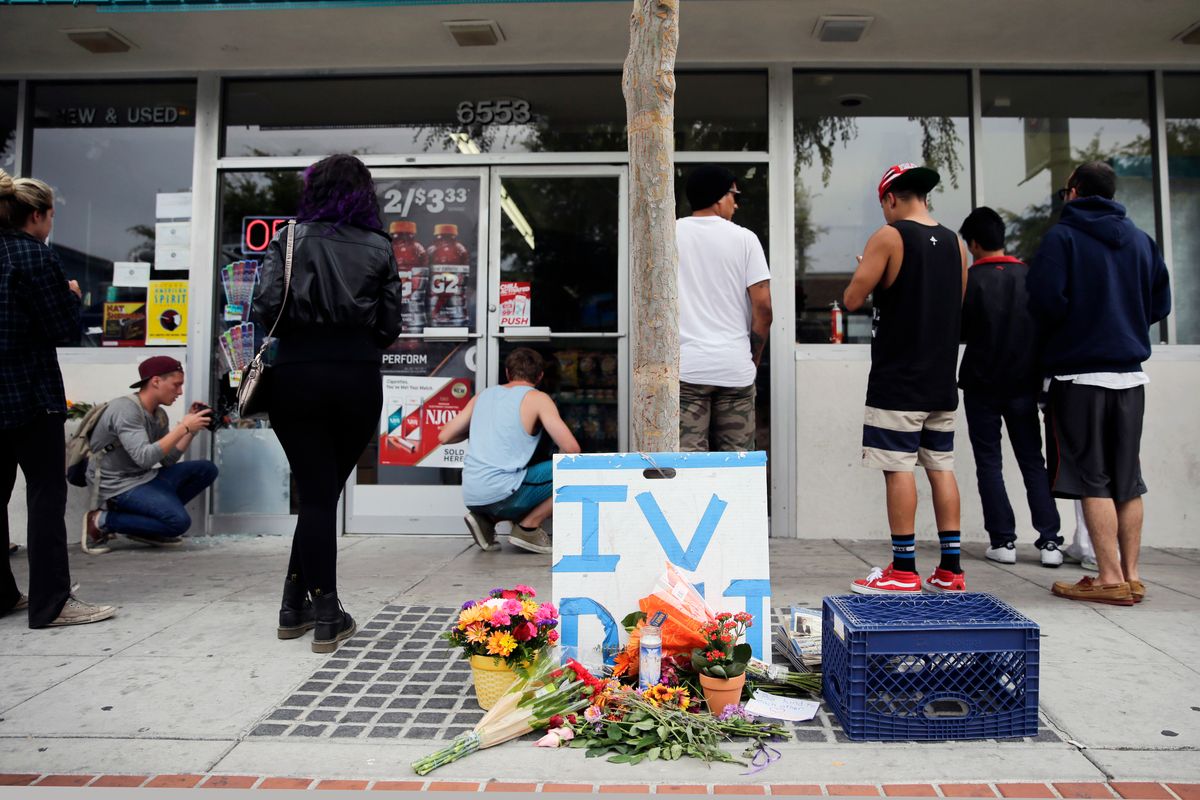 Some flowers are left in front of IV Deli Mart, where part of Friday night's mass shooting took place by a drive-by shooter, on Saturday, May 24, 2014, in Isla Vista, Calif. Alan Shifman, a lawyer who represents Hollywood director Peter Rodger, says the family believes Rodgers son, Elliot Rodger, was the lone gunman who went on the shooting rampage near the University of California at Santa Barbara. ((AP Photo/Jae C. Hong))
--

In Santa Barbara, more gruesome details emerged from the mass murder that claimed the lives of seven people, including the gunman, and injured 13 others. Last night around 9:30 PDT, a gunman identified as 22-year-old Elliot Rodger opened fire on the crowded streets of Isla Vista, a coastal community adjacent to the University of California, Santa Barbara.

Sheriff Brown also explained that the other three victims were found stabbed to death in what they believe was Rodger's apartment. The identities of the stabbing victims were not released.

The "melee" as Brown called it, took place at 10 different crime scenes, which Brown described. Two of those places included in front of the Alpha Phi sorority house where three women were shot, two fatally, and in a local deli where Chris Martinez was killed.

After engaging in two separate gunfights with deputies, the suspect crashed his black BMW, and was found with a gunshot to the head. At this time, the police believe he took his own life.

In the suspect's car police recovered three weapons, all legally purchased in three different cities, and more than 400 rounds of ammunition.

Also, according to Brown, authorities had three previous encounters with the young man. The first when he claimed to have been assaulted, the second when he pressed charges on a roommate for stealing candles, and the third when a family member asked authorities to do a welfare check on him. The deputies cleared him, calling him polite and shy.

Police also released details about a 141-page manifesto that Elliot Rodger wrote, which was part autobiography, part diary. Brown called it the work of someone very disturbed. The suspect also posted a slew of video blogs to YouTube. One of those just before the attack was titled "Elliot Rodger's Day of Retribution" he discusses his plans to "annihilate" people and says, "I’ll take to the streets of Isla Vista and slay every single person I see there."

According to a statement made by Elliot Rodger's family's attorney, and Brown, Elliott Rodger was being treated by multiple professionals.