Three victims in shooting have been identified. And one distraught parent has issued a heart-wrenching statement 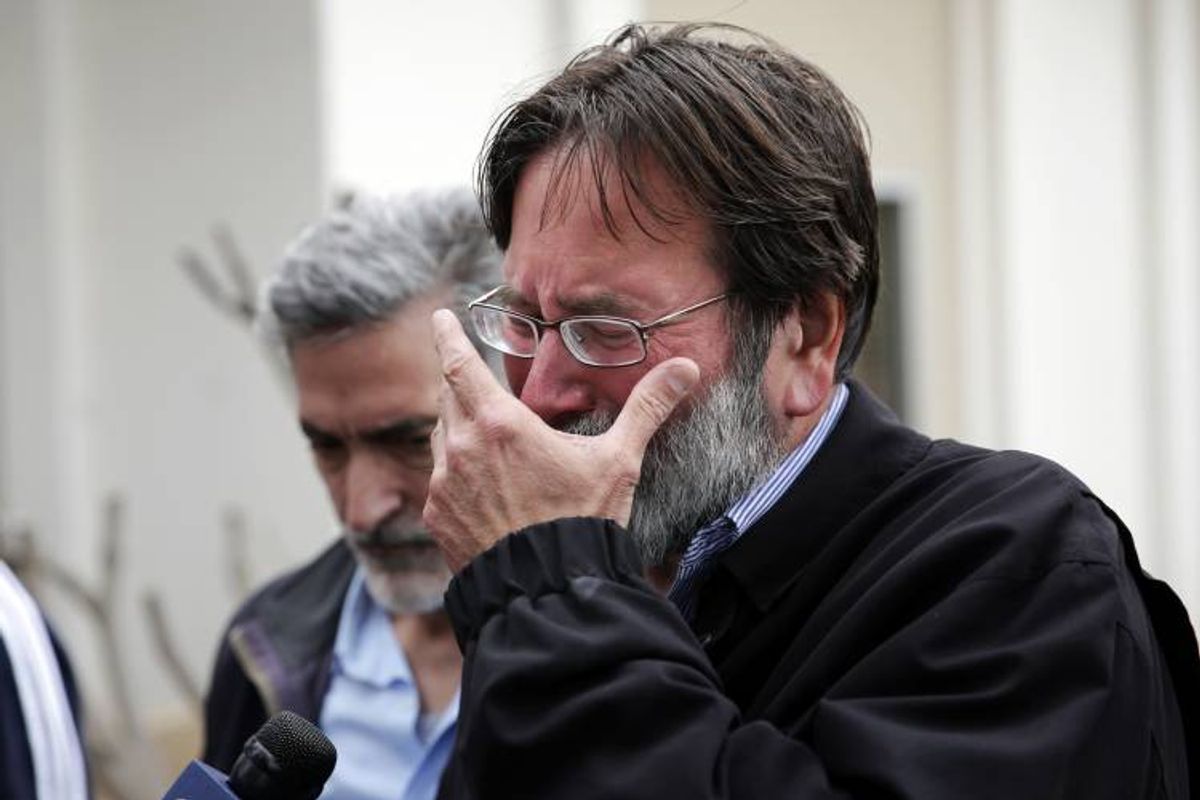 At a press conference earlier today, a self-identified father of one of the victims in last night's mass shooting near the University of California, Santa Barbara, named his son, Chris Martinez, as one of the victims. In a heart-wrenching statement the father, Richard Martinez, expressed his profound sadness. His 20-year-old son was on his way to a market when he was killed.

"Why did Chris die?" Richard Martinez said at a press conference. "Chris died because of craven, irresponsible politicians and the NRA. They talk about gun rights, what about Chris' right to live? When will this insanity stop?"

Two other victims have been identified, according to NBC Los Angeles, as Veronika Weiss, a first-year student at UCSB, and her Delta Delta Delta sorority sister, Katie Cooper.

The suspected shooter was identified as Santa Barbara City College student Elliot Rodger, by his family's attorney Alan Shifman. The police have just confirmed that he was the gunman.

Last night at 9:30 PDT, the gunman was driving a black BMW, drove through the city of Isla Vista, near the University of California, Santa Barbara, and opened fire on the crowded streets. Seven people including the gunman were killed, and 11 injured.