3 things everyone should know about Ukraine 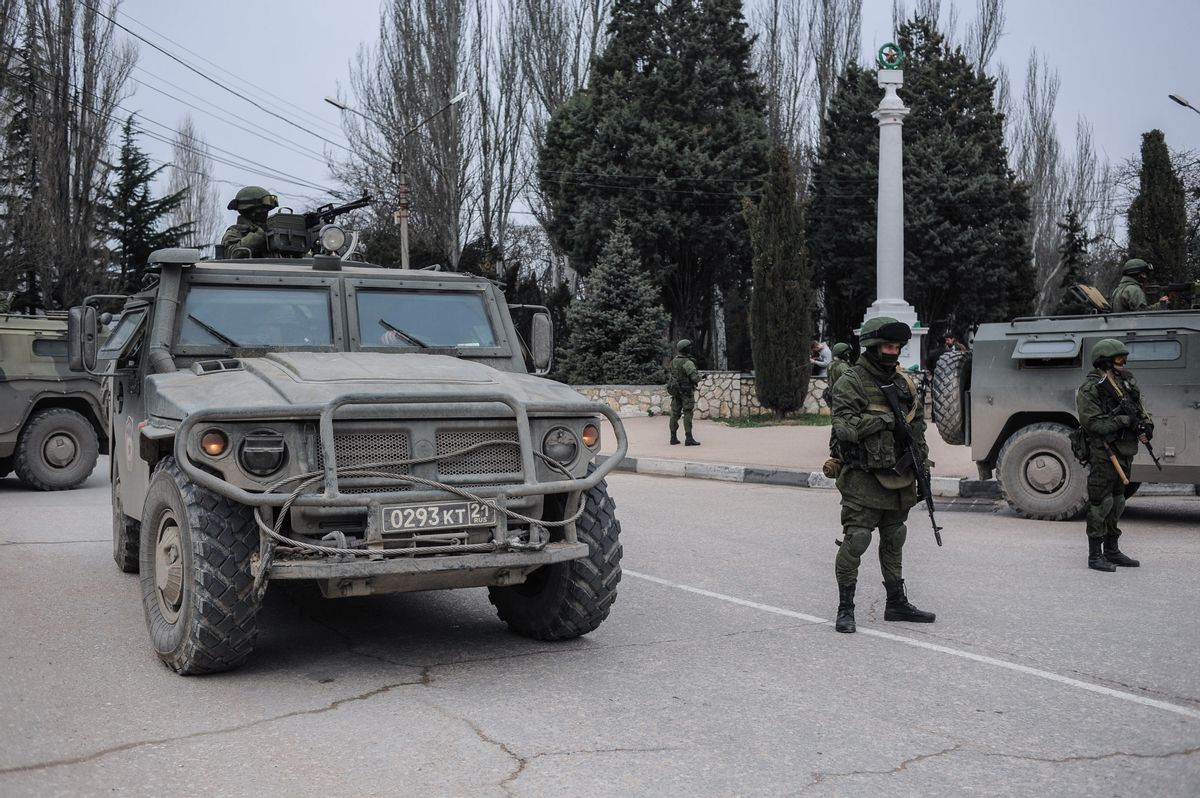 1. The uprising in eastern Ukraine isn’t as popular as you may think.

It’s easy to grab the world’s attention by taking entire cities hostage as the armed rebels in eastern Ukraine have, roaming with virtual impunity in balaclavas and with automatic weapons.

That’s why anyone reading the headlines from Ukraine’s separatist crisis would be tempted to see it as a popular uprising, much like the pro-Europe protests last winter that toppled President Viktor Yanukovych.

But it’s becoming increasingly clear that only a minority in Ukraine’s rebellious east actually supports the separatists, despite their claim that a referendum in two eastern regions on Sunday showed overwhelming support for independence.

In fact, recent opinion polls have found widespread disapproval of their methods, including the heavily armed seizures of administrative buildings, along with high levels of support for Ukrainian unity.

That’s because most in the east are uninterested in the volatility of an uncertain future that rule at gunpoint brings. Even the status quo — or at least a slight devolution of power from the center to the regions — may prove enough to soothe most ordinary peoples’ concerns.

Anything, in other words, that won’t interfere with putting bread on the table.

By flaunting the referendum’s results and provoking Ukrainian security forces, the separatists may risk losing even more support from people fed up with dodging bullets in their besieged cities and having no idea what tomorrow will bring.

2. The February revolution still isn’t over.

Travel outside Donetsk, the eastern region that’s home to most of the separatist violence, and you’ll find much of the country remains mostly unperturbed.

Even Independence Square in Kyiv — once the electric nerve center of the months-long protests — has long since quieted down, with only the most hardcore self-defense members still maintaining a continued presence there.

It’s much the same out west in the nationalist stronghold of Lviv. While the city bustled with revolutionary activity only several months ago, it’s largely distanced itself from the violent conflict raging in the east.

That doesn’t mean the revolution is over, however.

Many ordinary people are growing increasingly upset with the post-revolutionary authorities, whom some accuse of not acting fast or determinedly enough to put down the separatist rebellion.

Others see many members of the new government as the same, tired faces who’ve floated around Ukraine’s political landscape for years.

Ukraine’s presidential election, slated for May 25, is expected to be the first exercise in legitimacy for the authorities — call it “post-revolutionary closure” — who have been described by Russia and other critics as an illegal “junta.”

The new president will be charged mostly with putting an end to the separatist crisis and steering Ukraine out of its current geopolitical dilemma.

Some observers are also expecting new parliamentary elections before the end of the year.

3. The complexity of “Ukrainian” identity makes everything a mess.

Ukraine’s complex history — during which it’s been torn between empires for centuries — has created all sorts of divisions that have emerged with a vengeance during the current crisis.

Generally speaking, the country’s population can be broken down into several broad categories according to which social and cultural narratives they follow. Among them:

This segment of the population believes in an independent Ukraine and generally either accepts or actively promotes Ukrainian culture and/or language as an important part of the country’s foundation. This group typically includes Ukrainian and Russian-speaking ethnic Ukrainians.

Most of this population lives in central and western Ukraine, with fewer numbers in the south and even fewer in the east.

They were the drivers of last winter’s anti-government revolution and continue to take a tough stance against the pro-Russian separatism rippling through some eastern regions.

Most in this category would also prefer Ukraine to remain independent. But they’re less concerned with ethnic identity and cultural traditions than political and economic stability. They remember the Soviet era with fondness — particularly the “brotherhood of nations” theme that kept ethnic tensions largely bottled up.

Those people tend to be either Russian-speaking ethnic Ukrainians or ethnic Russians —many of them spread across southeastern Ukraine.

While those in this category generally opposed the pro-European uprising in Kyiv, many also aren’t keen on breaking away to join Russia.

Only the most vulnerable, such as pensioners and the unemployed, have fallen prey to separatist propaganda alleging that seceding from Ukraine and cozying up to Russia would bring a better future. Kremlin-backed propaganda from the Russian media helps here, too.