The eerie, haunting, shockingly beautiful images from the scene of Cobain's suicide 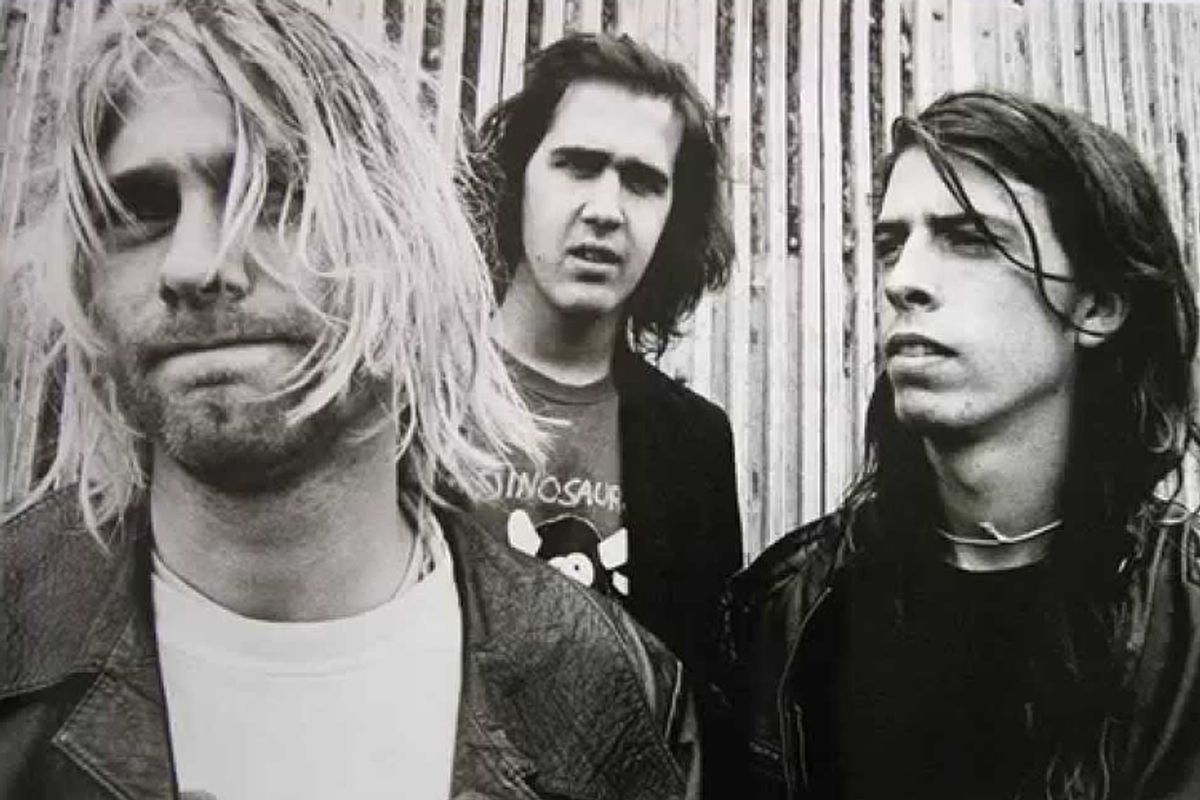 The results are nothing like you’d expect. None feature the Nirvana frontman. Instead, they are filled with easily overlooked details from around the house. The big surprise is how beautiful they are. The images could hang in a gallery aside realist photography giants like William Eggleston and Stephen Shore.

Each of the 34 snapshots is faded, ghostly and poignant in its own way. A messy cigar box filled with needles and a spoon, and Cobain’s original suicide note grab your attention first. But look deeper and the other images have an even more nuanced story to tell. A detective leaning against a wall, exhausted, lost in thought. A hazy, rain-slicked shot of the home’s exterior. A haunting cracked door that presumably leads to Cobain. A six-legged wooden stool eerily inscribed with “Now You Have Many Legs to Stand On.”

Eggleston and Shore perfected this style in the 1970s by finding the mystery in everyday items. Under their lens, simple shots of hamburgers and couches unlocked exotic details. That story-within-a-story quality is the same one found in these anonymously photographed crime scene pictures. It’s shocking to think these were nearly lost for good. By itself, this six-legged stool is a weird little curio. But the inscription “Now You Have Many Legs to Stand On” paired with the faded sadness of the aged film sends a shiver down your back. Even taken out of the context, this photo is subtly beautiful. A man deep in his own thoughts. Less of a crime scene snapshot and more like a color version of those lonely shots in Robert Frank’s famous collection, "The Americans" — a voyeuristic glimpse of an exhausted detective maybe pondering the clues or the senselessness of suicide or his own troubles at home. Layer upon layer of stacked flat surfaces create a surprisingly balanced shot, but it’s that disturbingly intense DMV shot of Cobain that pushes this picture somewhere new and interesting. Presumably a collection of personal items found at the crime scene, each item lets us construct a story about its owner.  It shares a lot of similarities with Stephen Shore’s photos of junk lying around houses. By itself a grubby image of Cobain’s heroin works, which he was reported to have injected before killing himself, the photo adds a sub-basement of emotional impact with that stately gentleman on the cigar box overlooking it all. The exterior of the Cobain home. It’s nice, but not the mansion of a mega-rock star. Those damp, musty colors really grab your attention, like a photo negative of the bursting Southern gothic brightness of William Eggleston’s work. Much like the image of the detective, this shot of a partially opened door that leads, presumably, to the room above the garage where Cobain spent his last moments, is haunting because of what is left unsaid. We all know what is beyond that door. We shouldn’t want to look and obsess over it, but we do. Much like these beautiful photos as a whole, you feel guilty for looking -- but it's hard to stop.