We do music, movies and reality TV better than anyone. That's it -- but it should be enough to scare the world 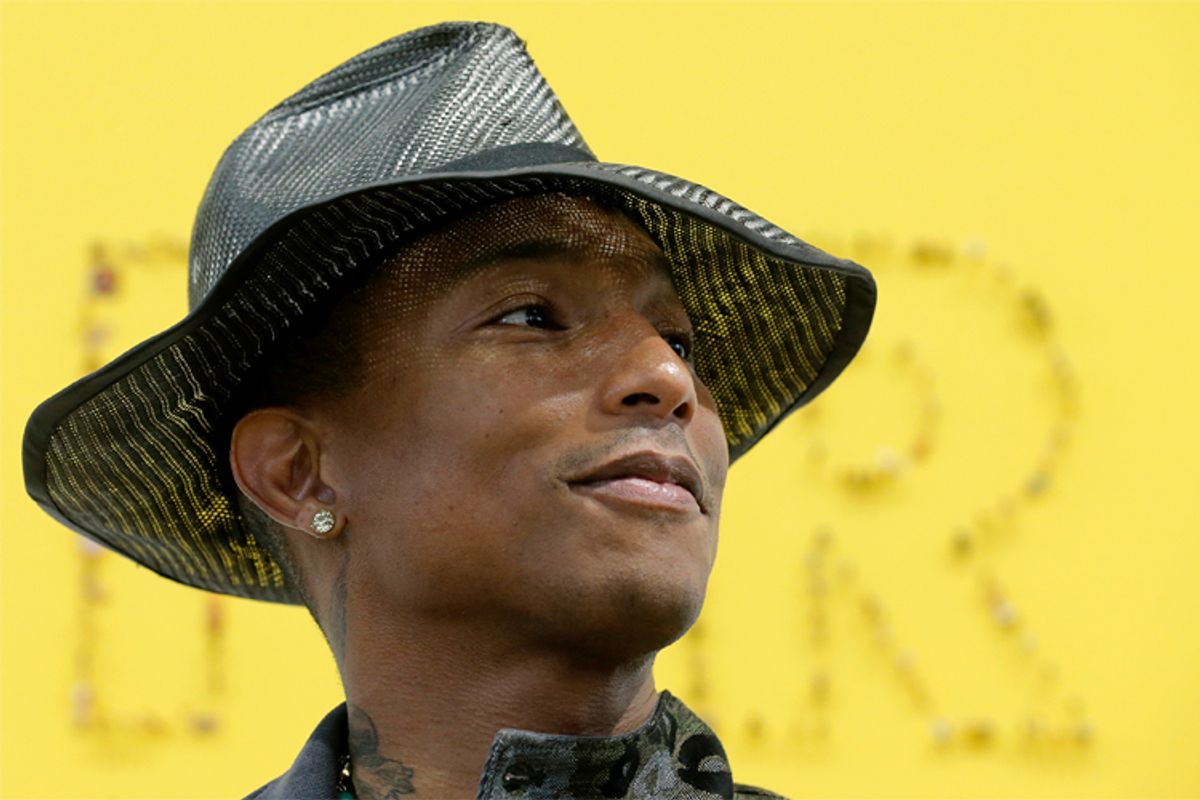 Mullahs of Iran, kneel before our pop culture!

It turns out we have something mightier than sanctions, although those seem to be “working" too, if we can agree that, by “working,” we mean “making everybody in Iran, friend and enemy alike, pretty damn miserable and therefore pliable.”

Anybody can do misery. We also do happy.

As the world knows, six young Iranians were arrested last week for making a video of themselves dancing to the hit song “Happy.” They were held for three days. They were not allowed to go to the bathroom. They were shouted at and forced to recant their previous behavior. They were fined a large amount of money. (Note to Iranians. We had something exactly like that in the '70s and '80s. It was called est. Good news: It didn’t last.)

The initial reports were very frustrating, because  those kids were so adorable and because there’s not much anybody on our side of the world could do about it, unless we can get Anonymous interested in a DoS attack on the Iranian Supreme Jurisconsult website. (I’m just sayin’.)

Taking a longer view, how is this incident anything other than the first insouciant crocus of an impending Persian Spring? I mean, haven’t these mullahs seen “Footloose”? There’s only one way this can end. The only question is whether we accelerate the process by airdropping thousands of Pharrell Williams hats from Karaj to Qom.

You get the feeling President Hassan Rouhani knows this. As word of the arrests trickled out, he tweeted: "#Happiness is our people's right. We shouldn't be too hard on behaviors caused by joy."

The preceding was, of course, a quote from Bob Dylan. Actually, the musician Mohsen Namjoo has been frequently described as “the Iranian Bob Dylan.” Facing prosecution, he fled the country years ago, initially to Vienna, which coincidentally is where Rouhani is meeting with the P5+1, the six major powers negotiating the nukes agreement.  Is it just me, or does “P5+1” sound like a hip-hop crew?

A chronic question, always, is how much power the elected president has compared to the supreme leader (currently Ayatollah Ali Khamenei), Iran’s true head of state.  Sometimes each side politely ignores the other. For example, Twitter is banned in Iran. As of this writing, Rouhani has tweeted 2,757 times. Actually, one of the six accounts he follows is at least nominally assigned to Khamenei. Meanwhile, simultaneous with the arrest of the Pharrell 6, Iran added Instagram to the list of banned social media. Forget it, Jake, it’s Tehran.

For Rouhani, the link between the “Happy” kids and the Vienna talks is probably not far-fetched. The sanctions really are making people unhappy. Clap along if you feel like a country without a viable banking system. To make meaningful progress with the P5+1, he has to persuade the folks back home that it’s worth trading chunks of the nuke program for the restoration of good times. Meanwhile, the Iranian hard-liners are in danger of turning into the Betty Drapers of the Middle East – opposed to all forms of fun and excess except smoking. (Iran’s largest domestic producer of cigarettes is a government-owned tobacco company.)

It’s almost embarrassing, how potent our cheap culture is. Neal Stephenson was prophetic when, in the 1992 novel “Snow Crash,” he wrote:

“When it gets down to it — talking trade balances here — once we've brain-drained all our technology into other countries, once things have evened out, they're making cars in Bolivia and microwave ovens in Tadzhikistan and selling them here — once our edge in natural resources has been made irrelevant by giant Hong Kong ships and dirigibles that can ship North Dakota all the way to New Zealand for a nickel — once the Invisible Hand has taken away all those historical inequities and smeared them out into a broad global layer of what a Pakistani brickmaker would consider to be prosperity — y'know what? There's only four things we do better than anyone else:
music
movies
microcode (software)
high-speed pizza delivery.”

Twenty-two years later, the observation doesn’t need much tweaking. You’d probably change software to apps. Nobody does apps like us. And you might have to throw in reality TV. If faux Prince Harry is a ratings triumph, Fox may launch “I Wanna Marry Ahmadinejad.”

From this point of view, Brooklyn –where everybody gets to eat good pizza and nobody has to grow up – is probably more terrifying (or should be) to theocratic and oppressive powers than is Washington or any U.S. military installation.

Brooklyn is where Mohsen Namjoo, “the Iranian Bob Dylan,” relocated to. Of course, calling him that, as he has observed, is a kind of cultural imperialism. In the same way that this essay has cross-referenced everything from “Footloose” to “Mad Men” to “Chinatown,” the Bob Dylan trope implies an American hegemony through which everything must pass. Nobody ever called Madonna “the American Abida Parveen.” If the hegemony fits – and in pop culture it does – wear it.

But both Dylan and Namjoo cherish the hope – also the core of this essay – that music and the other creative arts may reach us in ways more compelling than the injunctions of bullies. In an interview last year, Namjoo said art “is the only place where borders may collapse. Art has always moved across these divisions and boundaries and found its place, because its subject is and will continue to be Human with a capital H.”

And you know what else starts with capital H.