Trebek clears up his political beliefs in an exchange with Salon 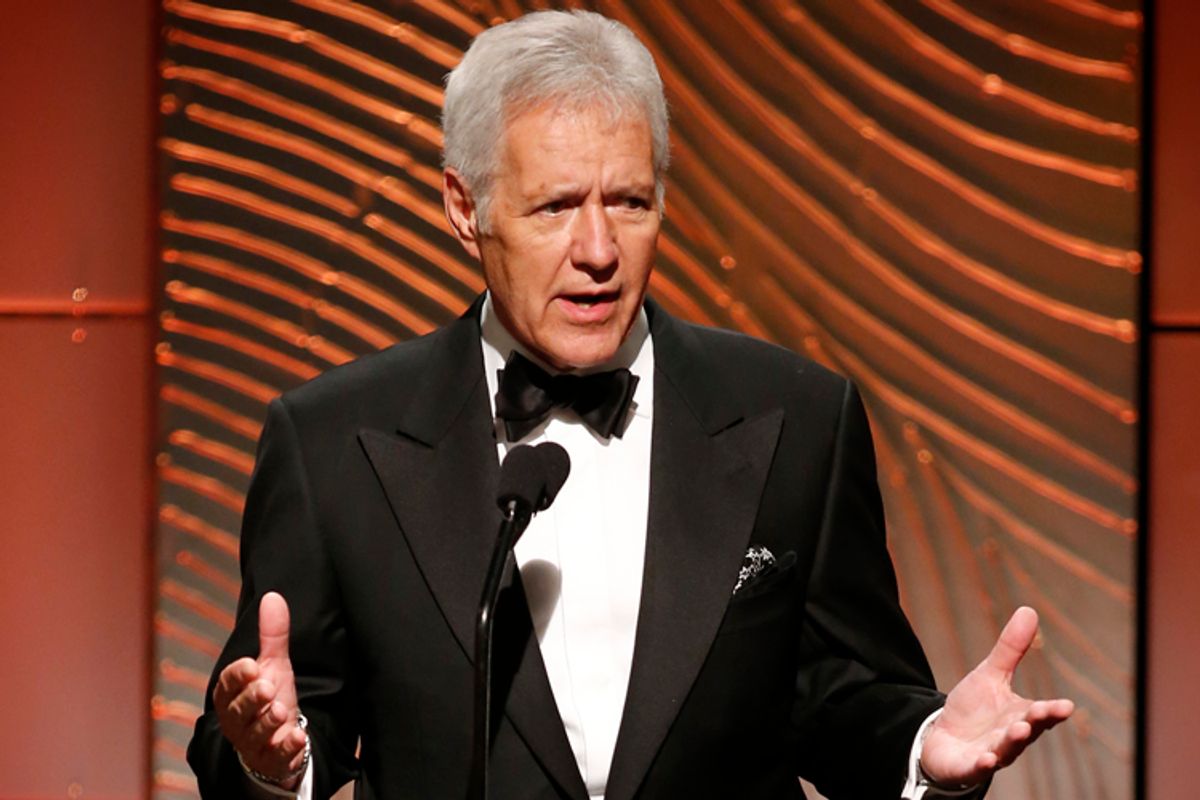 Last week, I wrote about "Wheel of Fortune" host Pat Sajak, a climate-change denialist, and his cohort of conservative game-show hosts. We included "Jeopardy!" host Alex Trebek, a host who's made cryptic allusions to his political beliefs -- in a recent New Republic profile, for instance.

Turns out, Trebek is willing to clear things up: He's a true independent, and he's no climate-change denier.

Trebek wrote an email to Salon to clear a few things up. For starters, here's how he describes his political views:

I consider myself a social liberal and a fiscal conservative. I believe that climate change exists, and is contributed to by human activity. I have seen firsthand the effects of climate change, in trips to Antarctica and Mt. Kilimanjaro, both of which are showing huge changes due to global warming. I’m in favor of equal pay for women, and the Lilly Ledbetter act. I believe in equal rights for the LGBT community; in fact, this winter, I braved the Minnesota winter weather to attend a gay wedding (which was officiated over by my wife).

Gay rights and belief in anthropogenic climate change aside, Trebek is no doctrinaire liberal. But putting a finger on his exact political beliefs from his lengthy email was not easy; Trebek noted, first, that "I would point out that anyone who has ever asked me, or investigated, would know that I am a registered 'Independent,' and I have voted for both Democratic and Republican candidates in the past, and will continue to do so." Despite others' reporting that Trebek hosted a Republican fundraiser during President Obama's first midterm elections, the longtime quiz-show host said: "that fact was inaccurate when it was reported in 2010, and remains inaccurate to this day."

But what other causes does Trebek, who's called himself "apolitical," actually support? Here are his words:

I work very hard and contribute to many social causes, including World Vision, Wonder Works, the USO, the United Negro College Fund, and several education causes. What these groups have in common is that they are non-political, but instead focus on results.

We now better -- if only marginally -- understand Trebek's views, predicated as they are on the sort of meritocracy and pragmatism one sees nightly on "Jeopardy!." Your move, Bob Barker.