How the GOP "civil war" ended: Jack Kingston proves both sides are winning

The Tea Party gets its issues. The "establishment" gets its candidates. And the media gets it all wrong 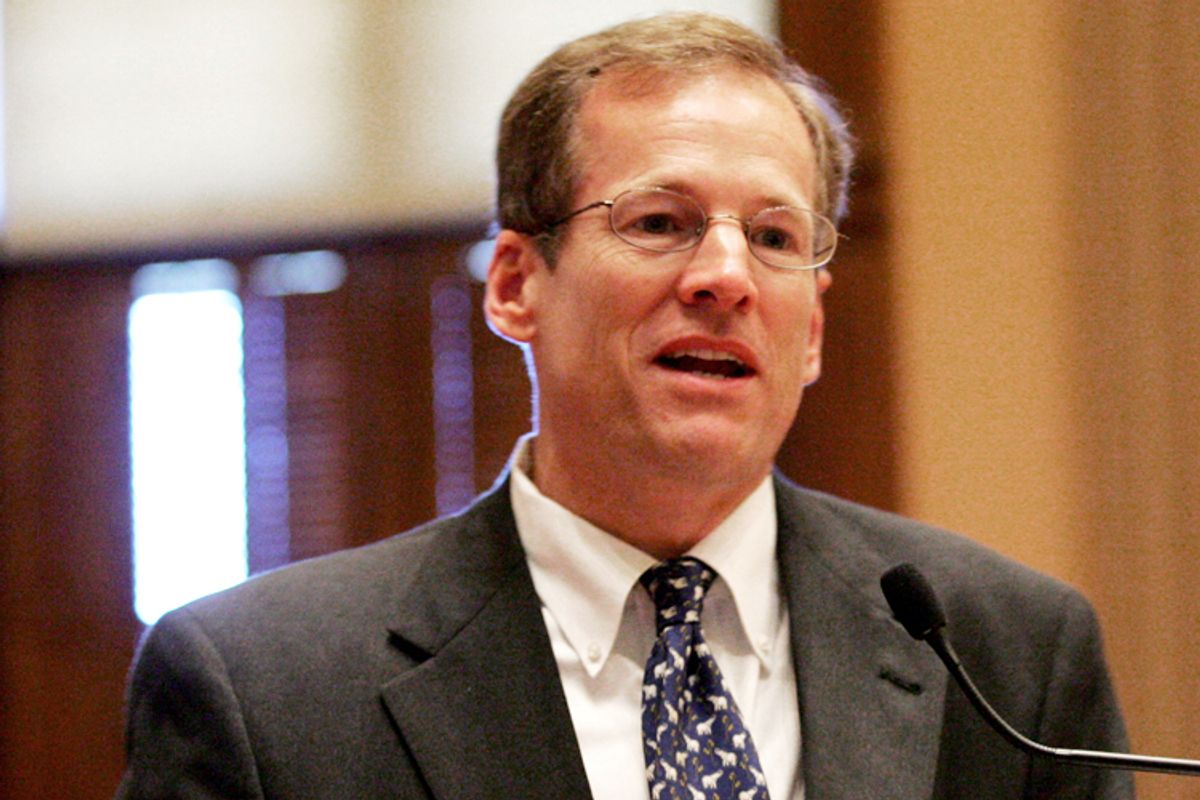 The tale of the 2014 GOP primary season, insofar as a single tale can be gleaned from dozens of disparate races with different issues across the country, is not that the "Establishment" has crushed the "Tea Party." It's that "Tea Party" ideology is winning by finding hosts in "Establishment" clothes, wherein "Establishment" only means "the people least likely to make awful gaffes about rape."

One of the best examples thus far has been in the Georgia Senate GOP primary, wherein five candidates with different histories clawed and scratched past each other until the furthest possible rightward stake was reached. The two candidates to make the runoff were David Perdue and Jack Kingston. This was considered a delicious victory for the Establishment, since potentially dangerous, hilarious gaffe machines like Paul Broun and Phil Gingrey didn't make the cut.

Now one of the first runoffs polls, courtesy of Public Policy Polling, is out, and it shows Kingston leading Perdue 46 to 34 percent. It's still early, but support from self-identified "very conservative" voters -- 54 to 30 percent -- contributes to Kingston's sizable lead thus far.

And boy, this Jack Kingston is some kind of hell-raising grassroots firebrand. Here's an ad from April in which he rails about lazy folk on the welfare and his plan to put all these good-fer-nuthin' bums to work. He also plans to put children to work -- poor children, that is, who've been mooching like the dickens off the federal free-lunch teat. Give 'em a broom and learn 'em the value of a dollar. And then there are those fat-cat GOP insiders in Washington trying their best to "amnesty" all those illegal immigrants from Illegaltown. Take your amnesty and shove it, Jack Kingston would tell them. What else? Common Core is the devil's work. Abolish the IRS. Fair Tax now.

That is one conservative, populist platform, let me tell you. And runoff endorsers are taking notice. Commentator Erick Erickson, who'd previously endorsed Kingston's rival Karen Handel in the primary, has now thrown the full weight of his critical blogging apparatus behind Kingston. "[A]fter all these years of knowing and liking Jack Kingston, I’ll have the pleasure of voting for him," Erickson, ever the cuddly sweetheart, wrote. And now Julianne Thompson, chair of the Atlanta Tea Party, has also endorsed Kingston. “We do not need someone to be another member of the Senate Country Club," Thompson said. "We need courage…someone who is strong enough to fight for our principles in an atmosphere that is sometimes very difficult. We also need someone who is accessible and respects the fact that the people that elected him will hold him accountable.” And that brave Constitutional Conservative, of course, will be Jack Kingston.

Jack Kingston must have a great, principled, outsider's backstory to appeal to all of these far right-wingers, huh?

Kingston has been a member of the House of Representatives since 1993. He served in leadership from 2002 to 2006, a rather corrupt time in the House's history. He has been a longtime member of the appropriations committee, the famous enemy of Tea Party reformers. On paper, he's the definition of an entrenched Washington insider.

And look at who else has endorsed him, after all: the nefarious Chamber of Commerce, supposed enemies of all things "real" conservatives believe. As we've noted, you don't exactly have to check all the right boxes to win the Chamber's support this year. You just have to not be a "goofball" who would go out of your way to blow a perfectly winnable race. And for Georgia, the Chamber has decided that Jack Kingston is that man.