"I'm not a scientist," Scott said, refusing to say whether he believes in man-made climate change 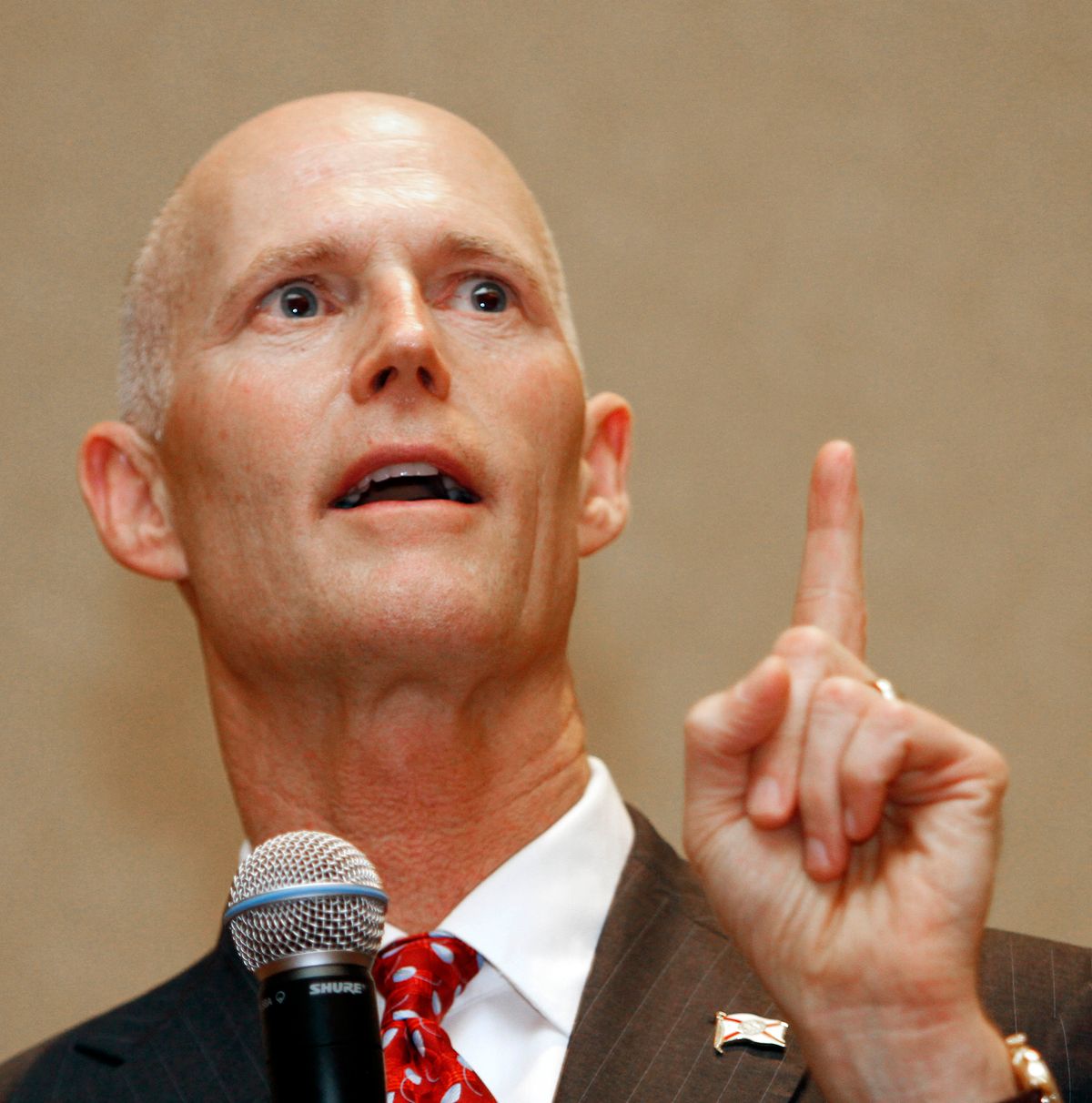 Is "I'm not a scientist" the new go-to response for climate deniers who don't want to be labeled as such? Or are we finally getting to the point where denying the reality of man-made climate change is no longer a politically viable option?

Florida Gov. Rick Scott, who in the past has proudly proclaimed his climate denialism and, as a result, is now one of climate activist Tom Steyer's named targets for the midterm elections, is trying a new tactic: completely evading the question.

Put on the spot by reporters in Miami Tuesday, Scott refused to clarify whether he believes that man-made climate change is happening, instead citing his environmental record and, when that didn't satisfy anyone, turning to his lack of scientific credentials. When that still didn't fly, he ended the conversation. Read the entire, gloriously awkward exchange, via the Miami Herald

Q: Do you believe man-made climate change is significantly affecting the weather, the climate?

Scott: “Well, I’m not a scientist. But let’s talk about what we’ve done. Through our Division of Emergency Management -- the last few years, three years – we put about, I think, $120 million to deal with flooding around our coast. We also put a lot of money into our natural treasures, the Everglades, trying to make sure all the water flows south. So we’re dealing with all the issues we can. But I’m not a scientist.”

Scott: “Well, I’m not a scientist. But I can tell you what we’ve accomplished. We put a lot of effort into making sure that we take care of our natural treasures – the Everglades, making sure water flows south, any flooding around our coast. So we’re doing the right thing.”

Question (asked by citizen-activist): So do you believe in the man-made influence on climate change?

Asked the same question back in 2010, Scott replied with one word: "no." Apparently, he's recognized that's not something he can get away with any longer.

You can watch the dodge, courtesy of American Bridge, below: