He competed as a contestant, Larry the Mime 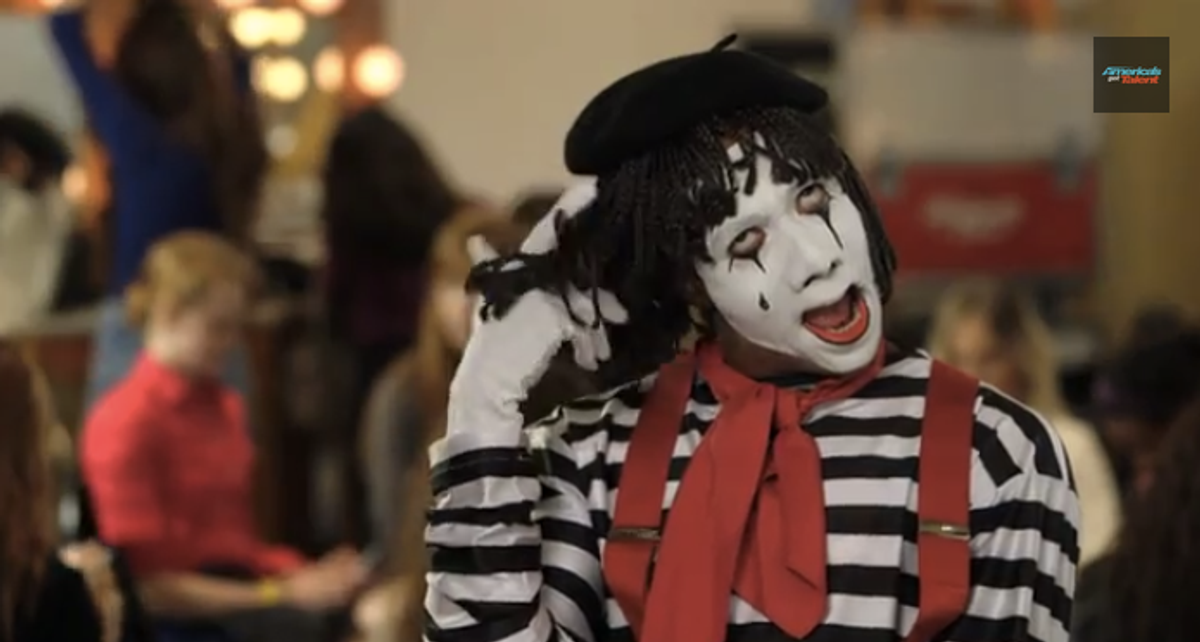 Always scheming "American's Got Talent" host Nick Cannon pulled an elaborate prank on his co-stars, judges Heidi Klum, Howard Stern, Mel B, and Howie Mandel on Tuesday night when he appeared on stage as a contestant on his own show.

Maybe it was just another excuse to paint his face white, but instead reintroducing America to ">Connor Smallnut, Cannon dressed up as "Larry the Mime" and performed a laughably bad routine.

The judges, to their credit, took it seriously and explained why he was getting rejected: "It didn't really have content," said Mel B., politely.

"Um, walking against the wind and being trapped in an imaginary box isn't going to dazzle an audience to give you $1 million," Mandel explained.

After he riled up the confused crowd, Cannon stormed the judges platform. Just before security intervened, however, he revealed his identity.

Backstage, Stern congratulated Cannon, saying, "What the heck! That might have been the greatest thing I've ever seen on 'America's Got Talent.'"