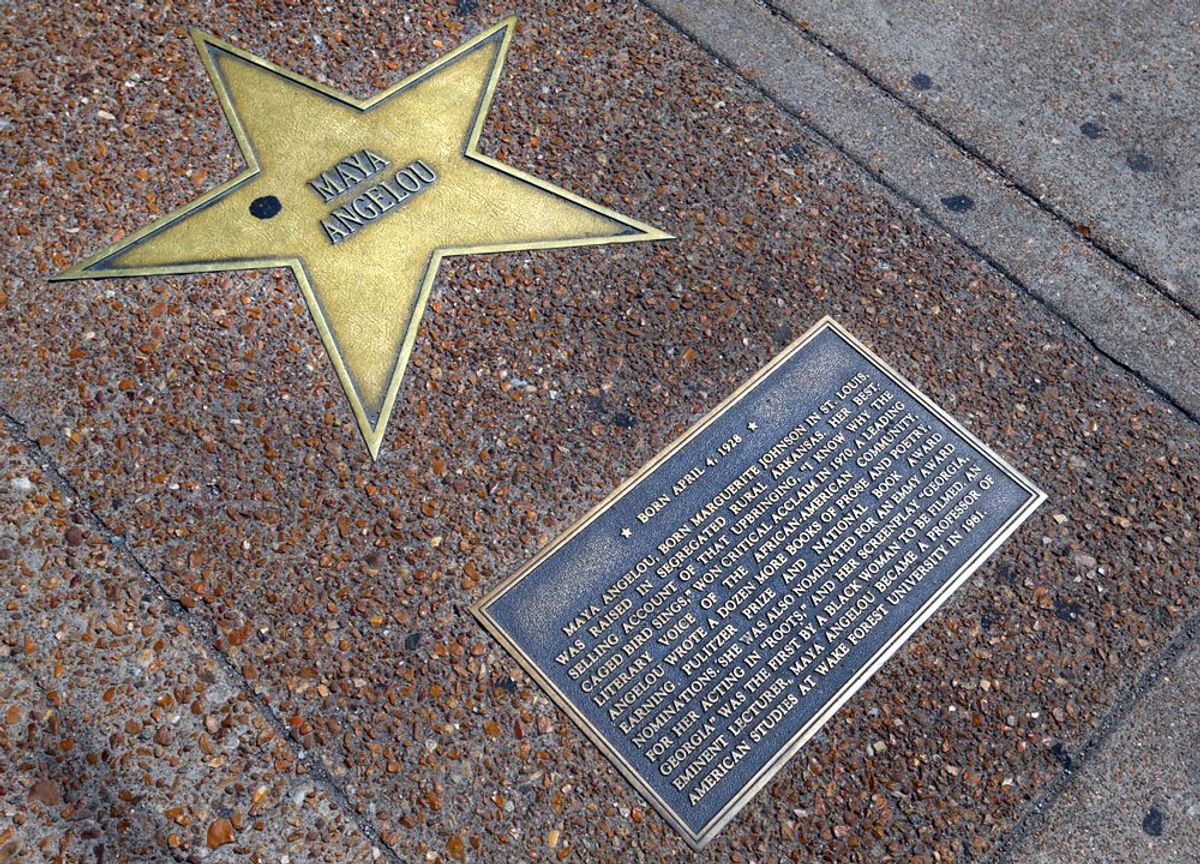 A star on the St. Louis Walk of Fame commemorates Poet Maya Angelou's connection to St. Louis in The Loop in University City, Mo., Wednesday, May 28, 2014. She was born in St. Louis as Marguerite Johnson on April 4, 1928. Angelou, a Renaissance woman and cultural pioneer, has died Wednesday, her son said. She was 86. (AP Photo/St. Louis Post-Dispatch, David Carson) EDWARDSVILLE INTELLIGENCER OUT; THE ALTON TELEGRAPH OUT (AP)
--

His speech at West Point was part of a concerted White House effort to answer critics and stress the point that not every problem has a military solution.

Her memoir, "I Know Why the Caged Bird Sings," made Angelou one of the first black women to enjoy mainstream literary success.

3. PRESSURE BUILDS ON SHINSEKI TO RESIGN

An investigation finds systemic problems in the VA's sprawling nationwide system, which provides medical care to about 6.5 million veterans each year

It's the most expensive acquisition in Apple's 38-year history, a price that the company is paying to counter a threat posed to its iTunes store.

He says in a TV interview that he believes he served his country in exposing the NSA's surveillance programs.

6. WAISTLINES BULGING AROUND THE GLOBE

More than 2 billion people — almost a third of the world's population — are now overweight or obese, according to a global analysis.

7. ANOTHER HEADACHE AS WORLD CUP APPROACHES

The worst drought in 80 years is hitting Sao Paulo, Brazil's largest city and site of the tournament's opener.

8. WHAT'S BECOME A REASON TO CELEBRATE

"Divorce parties" are on the rise, many with cakes featuring weapon-wielding brides or gloomy black frosting on upside-down tiers.

Kristen Bell is leading a campaign to rid the media of paparazzi images of celebrities' kids.

Malcolm Glazer, whose poor health in recent years kept him from being involved in day-to-day operations of either of his sports franchises, dies at 85.