Jay Z and Will Smith's "Annie" remake is not for kids 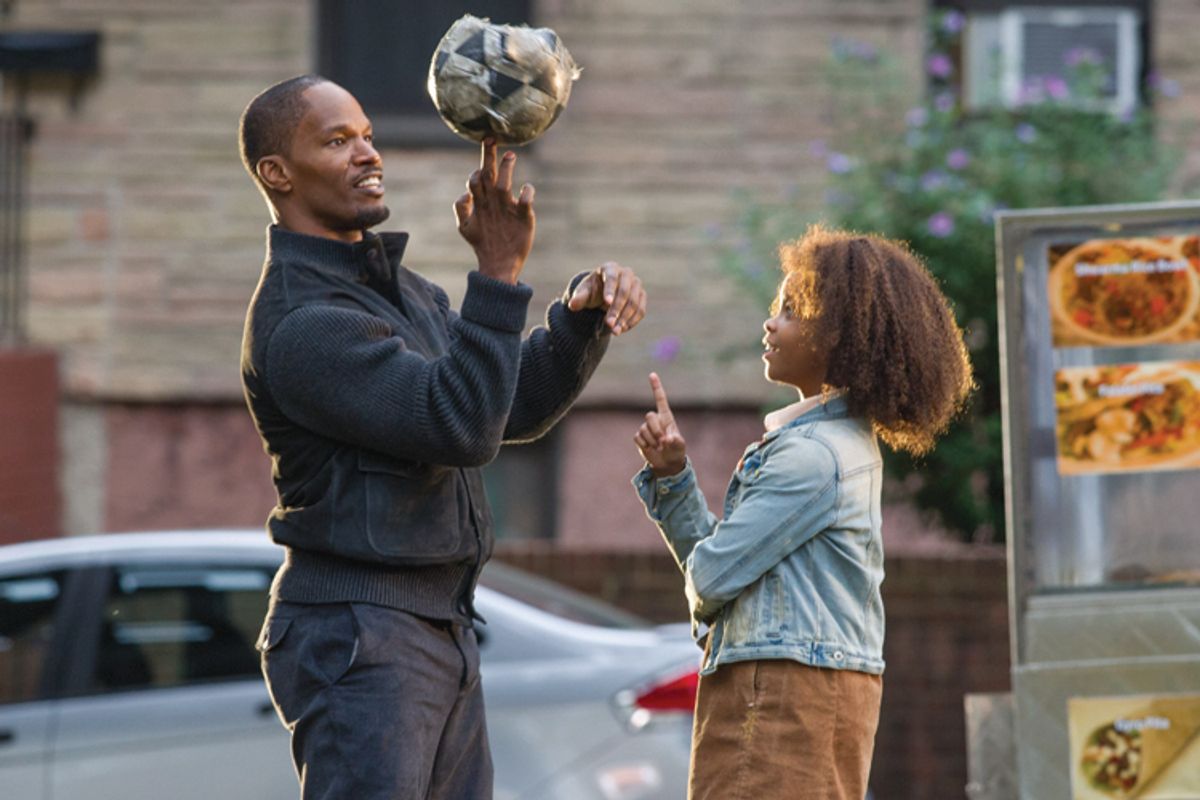 Jay Z is listed as one of the producers on the upcoming "Annie" remake. So it is no shocker that a funky new version of "Hard Knock Life" figures prominently in the latest trailer. That said, the second trailer otherwise seems to downplay the musical aspects of the film. In fact, had a previous trailer not been released months ago with a few more fanciful flashes of song and dance, it might seem that this new "Annie" is to be noticeably light on show tunes, not to mention general whimsy. But that's not necessarily a bad thing,

Trailers can, of course, be deceiving. This one depicts a flick with a much drier tone -- perhaps designed to appeal more to those who will be buying the popcorn than to those who will be shoving it down their throats with soda-coated fingers. There's also an emphasis on plot here, something adults tend to dig more than children. And the recut shuffles Cameron Diaz back almost to the halfway point, whereas the first trailer included her deplorable Mrs. Hannigan in the first shot. That's not to say that Diaz inherently appeals to kids, but that her character, a sort of slacker Cruella de Vil, and Diaz's -- ahem -- appropriately outsize performance are more of a children's nightmare.

Rather than a heartless Diaz threatening parent-less waifs with chores, we get a lot more of Jamie Foxx being opportunistic and Rose Byrne giving stern counsel. There are also quite a few hints of a blossoming romance between the two adult characters. But, while there is certain to be a single, innocent kiss destined to make kids -- and racists -- cringe, this is not a movie about a wealthy, black mayor who tumbles headlong into a scandalous affair with his sexy, raven-haired adviser. (This is Will Smith's Overbrook producing, not Shondaland.) "Annie" is ultimately the story of a precocious orphan and, as such, Quvenzhané Wallis' genetically padded cheeks are front and center even when bantering with grown folks.