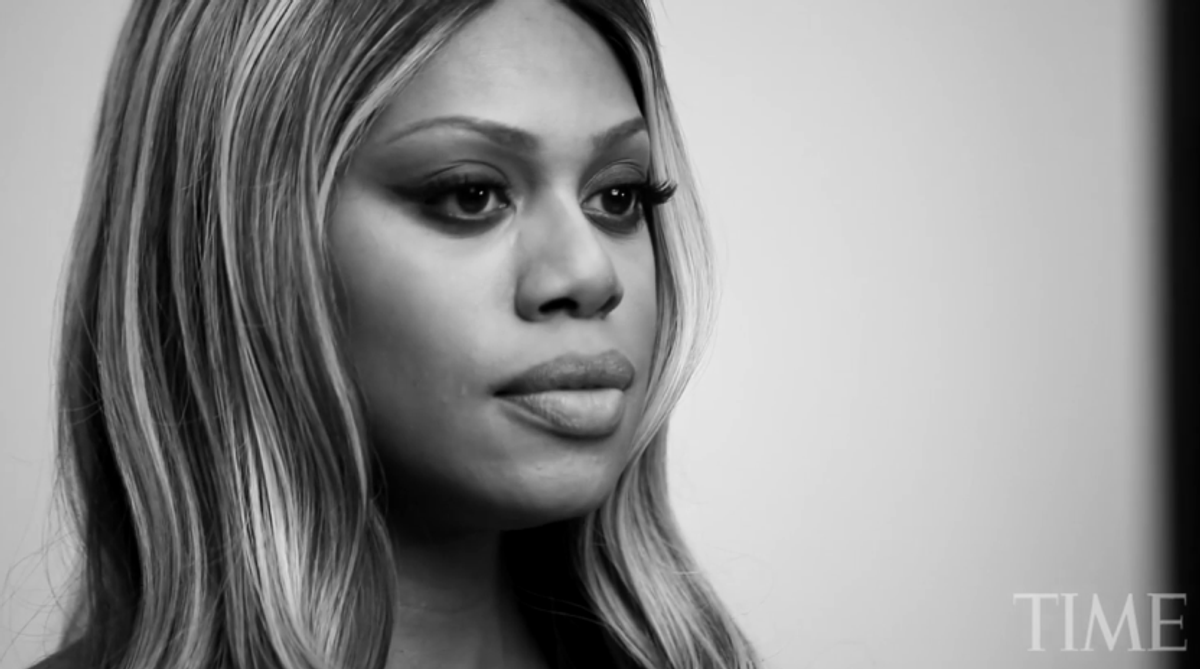 Laverne Cox is on the cover of Time magazine, which is a very huge thing. My mother and aunts read Time magazine. Maybe yours do, too. People waiting to have their teeth checked at the dentist read Time magazine. Time magazine is kind of everywhere. Now all of these new people get to know (if they don't already) Laverne Cox, a fierce trans woman of color who is working tirelessly (seriously, check out her schedule of public and media appearances) to bring deadly violence against trans people, the inhumanity of our criminal justice system and the legal and cultural shifts we need to put into place to protect the lives and rights of trans and all LGBTQ people into focus. Cox is centering these conversations in an unprecedented way, and it's absolutely electric.

A few excerpts from the powerful interview:

On understanding and embracing what it means to be trans.

There’s not just one trans story. There’s not just one trans experience. And I think what they need to understand is that not everybody who is born feels that their gender identity is in alignment with what they’re assigned at birth, based on their genitalia. If someone needs to express their gender in a way that is different, that is okay, and they should not be denied healthcare. They should not be bullied. They don’t deserve to be victims of violence. … That’s what people need to understand, that it’s okay and that if you are uncomfortable with it, then you need to look at yourself.

On what may be at the root of our culture's transphobia.

We live in an uncertain world and we want to believe that what a man is and what a woman is–I know that. And people don’t want to critically interrogate the world around them. Whenever I’m afraid of something or I’m threatened by something, it’s because it brings up some sort of insecurity in me. I think the reality is that most of us are insecure about our gender. They think, ‘Okay, if there’s this trans person over here, then what does that make me?’ We want to just coast along in a belief system that makes us feel secure, because we are a culture, as Brene Brown would say, that is intolerant to vulnerability. And if we are in a position where we have to begin to question this very basic idea of ‘A man has a penis and a woman has a vagina,’ then that’s a lot of vulnerability.

On the shifts that are occurring right now around trans rights and trans justice.

We are in a place now where more and more trans people want to come forward and say ‘This is who I am.’ And more trans people are willing to tell their stories. More of us are living visibly and pursuing our dreams visibly, so people can say, ‘Oh yeah, I know someone who is trans.’ When people have points of reference that are humanizing, that demystifies difference. Social media has been a huge part of it and the Internet has been a huge part of it, where we’re able to have a voice in a way that we haven’t been able to before. We’re being able to write our stories and we’re being able to talk back to the media … We are the reason. And we are setting the agenda in a different way.

You can watch part of the interview here: