NRA finally meets its match: Why Richard Martinez should have them shaking 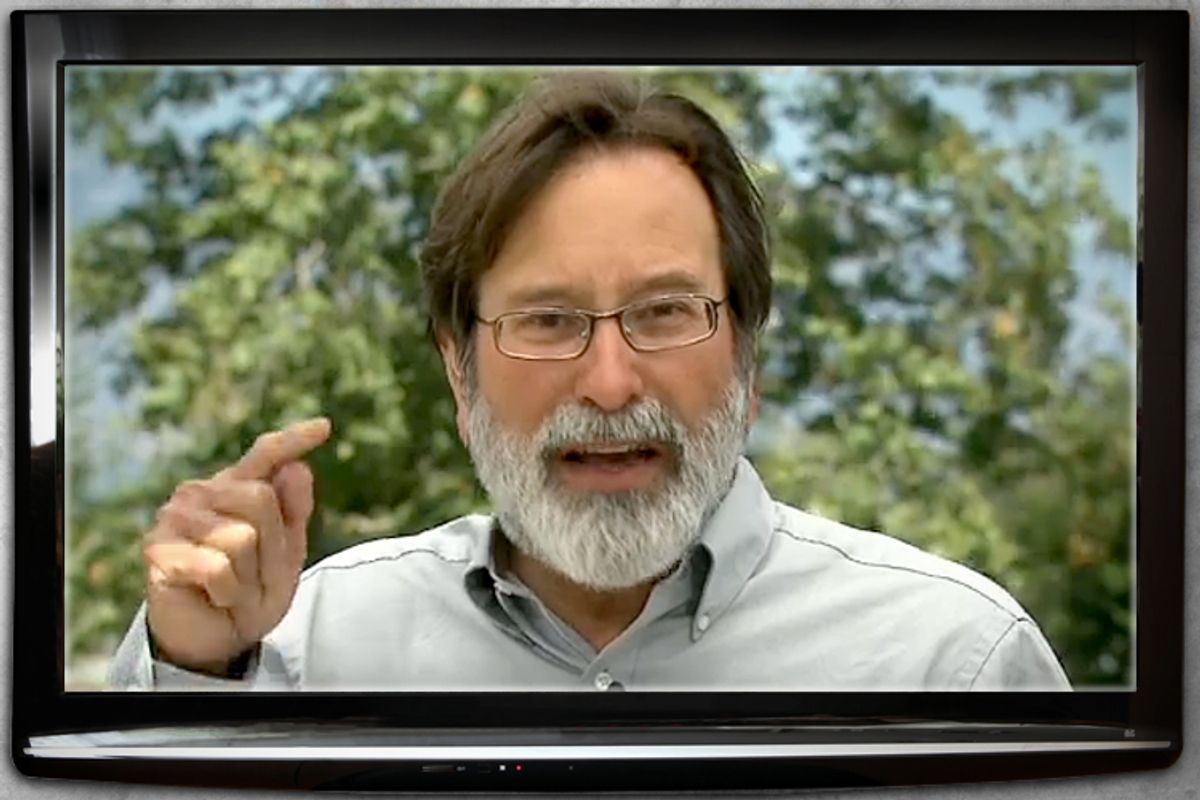 Richard Martinez's son Christopher was among the six college students murdered this weekend in Isla Vista, California. It's impossible to fathom the grief that Martinez must be experiencing right now, and the simple fact that he is upright and mobile is an act of tremendous courage. Which is precisely what makes everything else that he has done in the days since he lost his son all the more astounding.

From his first public statement -- a blistering and emotional indictment of "craven" politicians who refuse to act on even moderate gun reform -- to the tribute to Christopher he delivered Tuesday before a crowd of thousands, Martinez has been willing to show his raw and devastating grief to the world. He has made himself the gnarled and anguished face of our broken system -- the lives that it takes and the lives that it ruins. His vulnerability and righteous, focused anger is unlike anything we've seen in response to a mass shooting.

And it should scare the shit out of the National Rifle Association, the gun lobby and the cowardly politicians who use these deadly weapons as literal and figurative political props.

It isn't just the force of Martinez's emotions or political conviction that make him powerful. He is currently shouldering the unimaginable grief of being yet another parent who has lost yet another child in yet another mass shooting. He has seen this happen before, he knows the political script that's already playing out. He has listened as gun apologists -- time and again -- urge the nation not to "politicize" a national tragedy out of respect for the families, and then watched them turn on these same families in order to protect our deadly -- and immensely profitable -- culture of guns. And he's using it. All of it.

Days after 26 people were murdered in Newtown, Connecticut, Wayne LaPierre denounced gun reform advocates for "exploit[ing] the tragedy for political gain." Months later, Sarah Palin echoed the sentiment. "Leaders are in it for themselves, not for the American people," she told a crowd that summer, before effectively declaring how proud she was that her son Trig would grow up in a country where men like Elliot Rodger and Adam Lanza can buy guns and hoard ammunition without authorities batting an eyelash.

Martinez may be the single most powerful force we have against this kind of slithering political cowardice. He's already familiar with the political dirty tricks and knows where the conversation will eventually turn -- that the pro-gun crowd is going to come out hard against him, just as they have turned on other parents and survivors. "Right now, there hasn't been much blowback from the other side," Martinez noted during a Tuesday interview with MSNBC. "But I anticipate that once my grieving period is over, the gloves will come off. I don't think it's going to be easy. They are going to try to do to me the same thing that they've done to all of these people. But I have a message for them: My son is dead. There is nothing you could do to me that is worse than that."

I can't imagine a more direct rebuttal to the LaPierres and the Palins in this country. To the ridiculous rifle-holding Mitch McConnells and every other ludicrous coward currently walking the halls of Congress and state legislatures across the country. These are the people who -- as Martinez has made explicit -- are responsible for these terribly predictable and preventable tragedies. Because they have the power to implement sensible reform, but instead stand by and do nothing while more people die every single day.

Martinez also knows that while it's the public's job to hold our leadership's feet to the fire, he's not the one responsible for having all the answers. "Where's the leadership on this? We elect these people and we give them power, and it's just outrageous," he said during the same interview. "My son just died a few days ago, and you expect me to have the answers to these questions? There are people out there who have the answers. Why isn't our leadership rounding these people up?"

But Martinez's grasp of the issue puts most of our elected officials to shame. "When you asked me about solutions, here's what I've learned," he explained. "This is a complicated issue, but there's a certain commonality between these events. Typically, all of these incidents involved [...] mental health issues, gun violence and violence against women. These three problems are almost always combined."

Like other parents whose lives have been upturned by gun violence --  women like Lucia McBath, the mother of Jordan Davis, and Sybrina Fulton, the mother of Trayvon Martin -- Martinez recognizes and is naming the pattern of violence in the most public way imaginable. But while Congress has so far been wildly successful at shutting down gun reform efforts, parents like Martinez, McBath and Fulton -- who are electrifying the national conversation and building solidarity among other families forever changed by rampant access to deadly weapons -- may be impossible for them to ignore. They are the most powerful messengers we could ask for.

Martinez is brave, destroyed, weeping, loud, furious and unpredictable in his grief. He is channeling all of that with a singular focus: Change. Or as he said that first day, introducing himself to the world as the grieving but determined father of Christopher Michaels-Martinez: "Not one more."

"For me to live with this and honor his memory, I will continue to go anywhere and talk to anybody for as long as they want and are willing to listen to me about this problem. I'm not going to shut up," he said Tuesday. He really seems to mean it.