King says on "Morning Joe," “For once I agree with John Kerry, that Edward Snowden is a traitor" 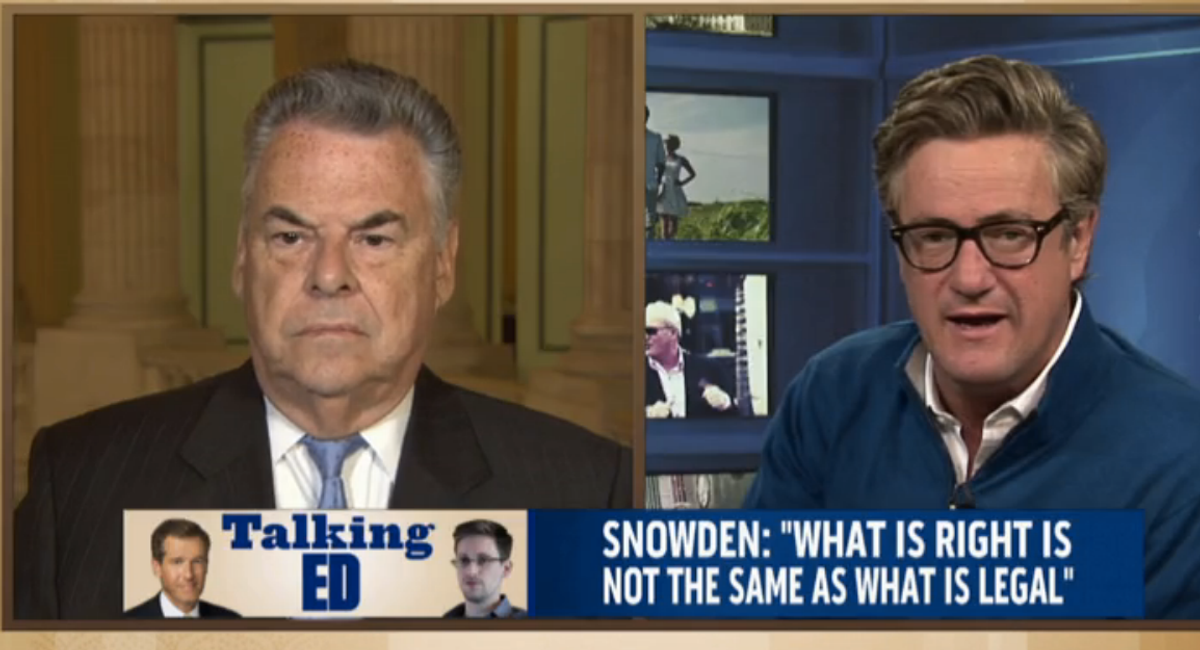 NSA whistle-blower Edward Snowden appeared in his first American network television interview last night on NBC. The interview revealed Snowden's feelings on Russia, 9/11, returning home and being a patriot, among other topics (he's been watching a lot of "The Wire"). Snowden, a former NSA contractor, leaked documents that revealed the government agency's mass surveillance program -- large sweeps of Americans' phone and Internet data.

The interview sparked a preemptive statement from Secretary of State John Kerry. And it of course provoked a response from NSA apologist Peter King. The representative from New York has stated that he believes Snowden is a "traitor," and has criticized journalists, including Glenn Greenwald, whose newspaper published the NSA documents (or really any journalism that calls for clemency for Snowden), for being "enablers."

This morning he made his continued displeasure known on MSNBC's "Morning Joe." According to the Wire, the congressman agrees with Secretary of State John Kerry. "For once I agree with John Kerry, that Edward Snowden is a traitor," King said. "He’s put American lives at risk."

"I think this guy is a fraud," King told the hosts. "And I really wish that Brian Williams had gone after him and asked him to give one piece of evidence that shows the NSA has violated the law in any way."

The segment with Peter King begins at 3 minutes and 40 seconds, and can be watched below: