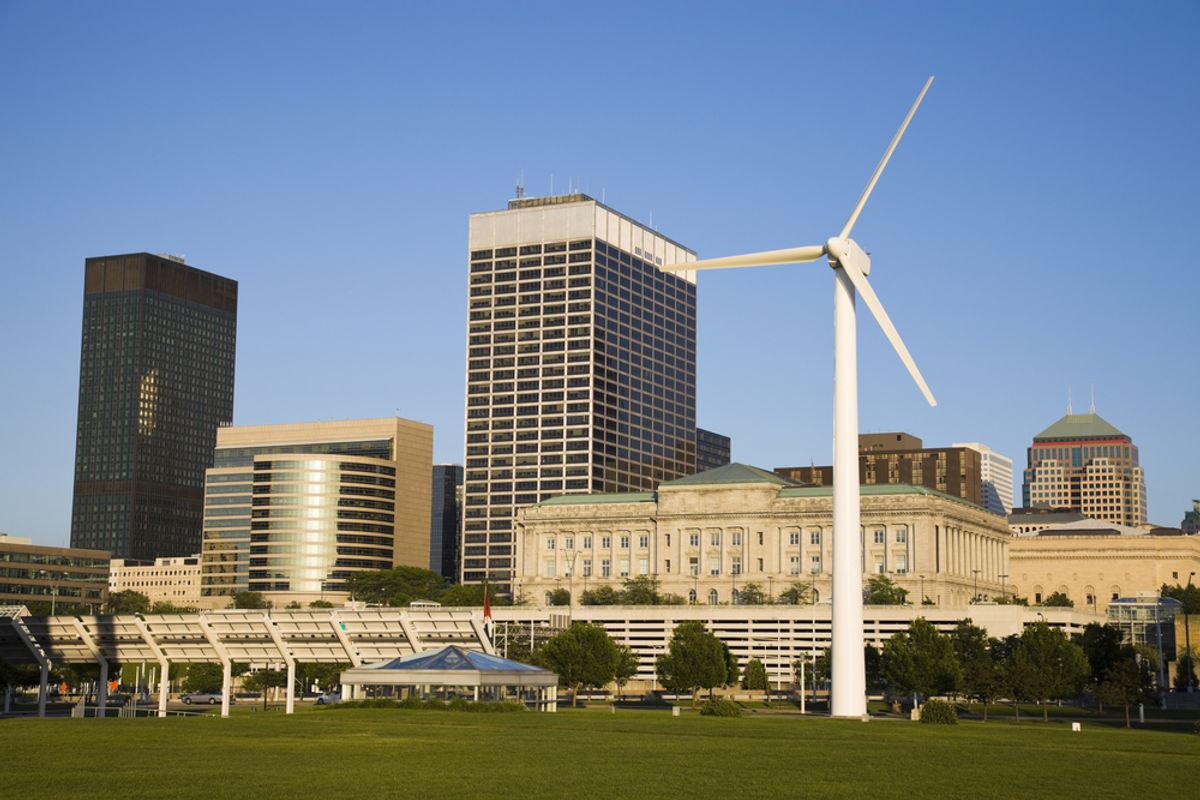 While the rest of the country moves to embrace cheaper, cleaner energy, Ohio is about to make a major leap backward. The state House of Representatives approved a bill late Wednesday that will roll back its renewable energy standard (RES) -- effectively voting in favor of fossil fuels.

The bill, SB 310, freezes mandates requiring utilities to add clean alternative to their energy mix for two years. By 2025, per the original RES, 25 percent of their power was supposed to come from sources like wind, solar and clean coal production. The bill already passed the Senate, and Gov. John R. Kasich is expected to sign it into law.

It's as bad as it sounds: The New York Times is calling it the first victory for opponents of the government policies that have helped spur the growth of renewable energy -- opponents like Ohio's coal-dominated utility, whose CEO bemoaned the fact that such regulations, by driving down energy demand, are bad for business, and like the Koch brothers, who have been backing efforts to roll back renewable-friendly policies in states across the country. Their success in Ohio sets a worrisome precedent.

Ohio voters, it's important to note, are strongly in favor of clean energy standards: According to one survey, they demonstrate "overwhelming support for requiring utilities to incent energy efficiency, and for obtaining more of their electricity from renewable energy sources." Even the politically conservative Ohio Manufacturers' Association is against the bill, arguing that it "will drive up electricity costs for customers and undermine manufacturing competitiveness in Ohio."

Since the RES was passed, almost unanimously, back in 2008, clean energy in Ohio provided 25,000 jobs and at least $1 billion in private sector investment, ClimateProgress reports, cutting electricity rates by 1.4 percent, or over $230 million in cumulative savings. But the political landscape has changed drastically since then, into one dominated by partisan politics. Here's more from the Times on that sad state of affairs:

Since 2013, more than a dozen states have taken up proposals to weaken or eliminate green energy mandates and incentives, often helped by conservative and libertarian policy or advocacy groups like the Heartland Institute, Americans for Prosperity and the American Legislative Exchange Council.

In Kansas, for example, lawmakers recently defeated a bill that would have phased out the state’s renewable energy mandates, but its backers have vowed to propose it again.

...Gabe Elsner, executive director of the Energy and Policy Institute, a pro-renewables group that sees efforts to weaken incentives and mandates as part of a campaign by utility and fossil fuel interests, said the temporary halt could do away with the law entirely.

“The fossil fuel and utility industry has been caught off guard by the rise of cheap, clean energy, and over the past 18 months they’ve responded in a really big way across the country,” he said. “We’re seeing the results of that campaign now in Ohio.”