The NSA whistle-blower reveals he was a trained spy, discusses Russia and explains why he thinks he's a patriot 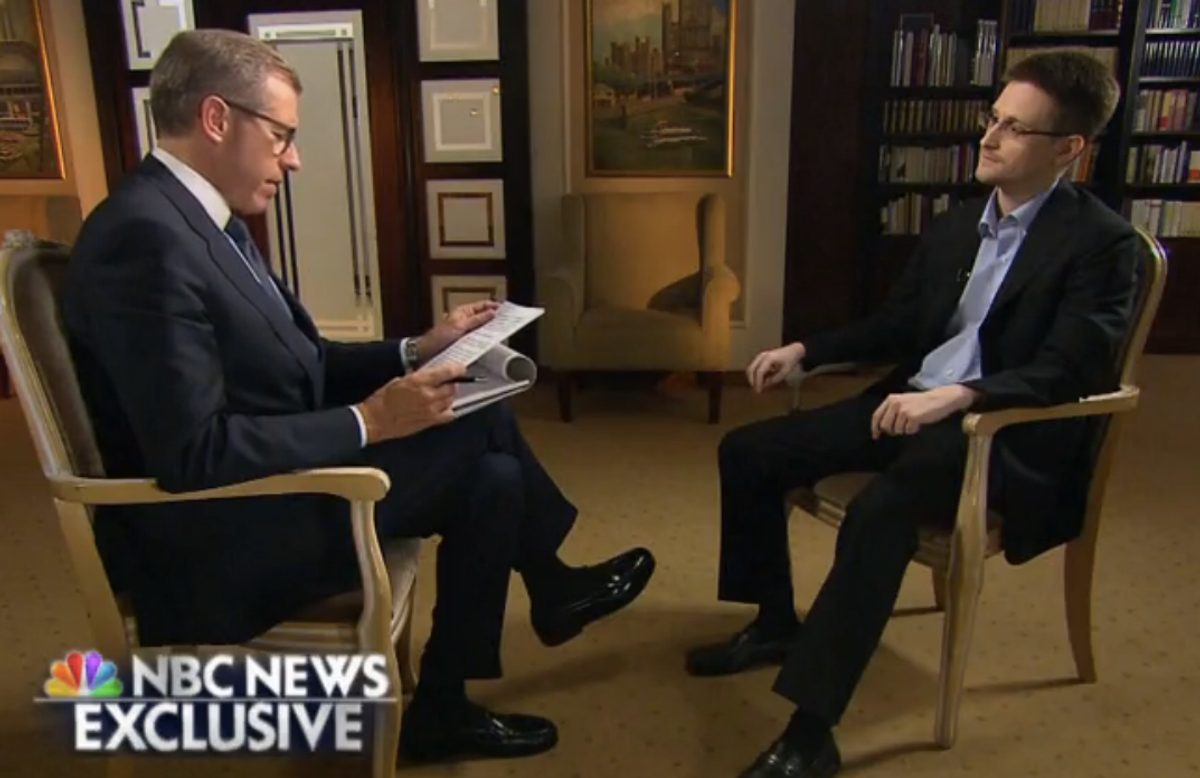 On Wednesday night, NBC aired an exclusive interview with NSA whistle-blower Edward Snowden. The interview, with Brian Williams, took place in a Moscow hotel; it was his first American interview on network television. He notably appeared via video at a SXSW panel and a TED conference.

Nearly a year ago, files that Snowden, a former NSA contractor, leaked to journalists revealed the NSA's web of mass surveillance and data collection. Journalists Glenn Greenwald and Laura Poitras won a Pulitzer Prize for public service for bringing these abuses to light.

Edward Snowden is heralded as a hero to some and traitor to others, like Rep. Peter King. In a run-up to the airing of the interview, Secretary of State John Kerry described Snowden as "sad and disgraceful." If the NSA whistle-blower wishes to return to the United States he'll face charges under the Espionage Act.

Below are some highlights from the interview -- including how many documents he took, thoughts on the Russian government and returning home. The interview can also be viewed in its entirety at the bottom, via NBC:

Snowden on being able to sleep at night:

Edward Snowden explains his lack of contact with Russian government:

Breaking the law to do the right thing:

The whistle-blower explains how much he took:

On being a patriot: