How the Disney princess became "one of the guys"

Physically strong and emotionally shut off, these heroines teach our kids that there's only one way to be tough 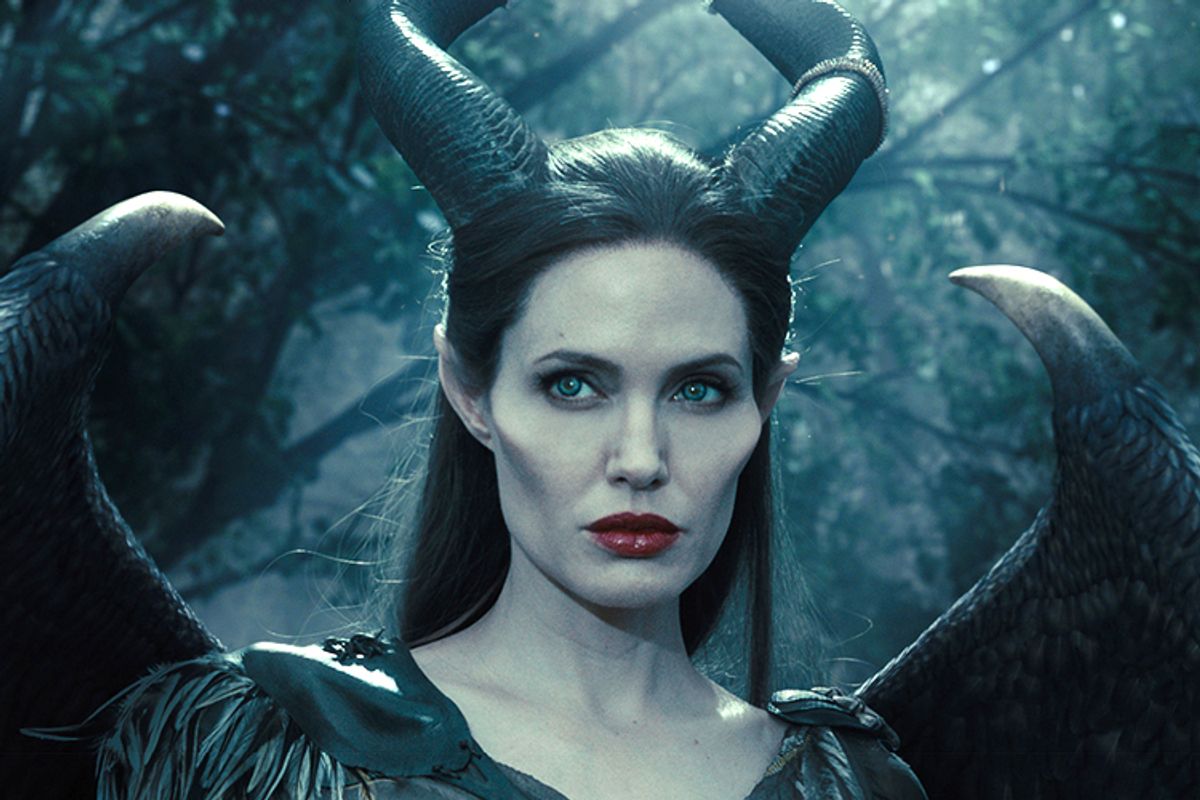 Picture the stereotypical, lone-wolf hero of action movies and airport-paperback thrillers. Someone who jumps out of moving trains and soars along zip lines and scampers up to vertigo-inducing heights without flinching. Eternally stone-faced and emotionally cut off. Able to endure a beating to the point of unconsciousness without shedding a tear.

James Bond? Jason Bourne? Jack Reacher? It’s also a description of Tris, the heroine of Veronica Roth’s hugely successful "Divergent" book series and movie franchise. Along with fellow tough-gal Katniss Everdeen of "The Hunger Games," Tris has become an emblem of the 21st-century heroine: mentally tough, physically strong and emotionally secretive -- in other words, one of the guys.

It’s clear that women have more economic power than ever when it comes to entertainment. They account for more than half of all book sales and buy just as many movie tickets as men.  Despite the much-publicized inequality in who gets “serious” book reviews and hand-wringing over how many chick flicks are complete dreck, publishers and movie studios know there’s money to be made in female-friendly projects. The problem is that “strong” female characters are increasingly detached from the reality of most women’s experiences.

Although there’s plenty to protest in the Princessification of modern girlhood, Disney movies themselves have become anthems to girl power. Long gone are the wimpy Snow Whites and Cinderellas who wait around for their prince to come. Instead, we have Mulan, who dresses as a man so she can fight in the Chinese army, or Merida, from "Brave," who shoots arrows while riding a horse at top speed. The Rapunzel of "Tangled" brandishes a frying pan as a weapon and shows no signs of the PTSD that would likely result from being shut in a tower your entire life.

In "Maleficent," which opens Friday, Angelina Jolie takes on one of the great Disney villains, making her the central character rather than poor Sleeping Beauty. We see her flying around with giant wings and leading an army of CGI tree-soldiers and other "Lord of the Rings"-style creatures, the same mix of computer-generated “magic” and action that’s de rigueur these days in order to convince boys (and male studio execs?) that the movie isn’t — God forbid! — too girly. We’ve seen the same overwrought, overproduced approach to fairy tales done successfully ("Snow White and the Huntsman," which grossed more than $150 million in the U.S.) and embarrassingly ("Hansel & Gretel: Witch Hunters," which even poor Jeremy Renner could barely stand to promote).

But does a fairy tale need to be pumped up with sprawling, cast-of-thousands battle sequences? Would it be a bad thing if it just focused on, say, women? And their (gulp) relationships?

"Maleficent" has already generated some bad buzz about its financial prospects, since its dark, violent content may turn off the families and young children necessary to recoup its $130 million price tag. Without all the battle scenes, it would have cost less and might have appealed more to the mothers and daughters who are its built-in audience. Didn’t "Frozen," now the highest-grossing animated movie of all time, prove that female-oriented films can succeed without explosions?

The blockbuster success of "The Hunger Games" and "Divergent" movies has shown there’s a market for action-adventure with a central female character, and that’s great. As the mother of a daughter, I want girls to get the message that they can change their destinies. (For thousands of years, girls were told the exact opposite.) But I worry that “toughness” is being measured solely by old-school, macho-male standards. Katniss and Tris are grown-up versions of Merida and Mulan, girls who are defiantly non-feminine. They do have feelings (we’d hardly want to read about them if they didn’t), but they keep their emotions hidden behind a who-gives-a-shit exterior. Katniss is irritated when she’s forced to undergo a head-to-toe makeover before appearing on a TV show, and Tris turns herself into a warrior-punk with tattoos and a black leather jacket.

I’m a feminist who never had a problem with princess paraphernalia when my daughter was little. I always thought real-life role models had more influence than animated ones, and a toddler who prances around in plastic high-heeled mules and drag-queen-worthy costume jewelry won’t necessarily grow up to become a man-worshipping flirt with low self-esteem. (Note: My daughter, now 11, is in full "Divergent" phase and never wears anything with glitter.) If we object to princess stories that portray women as wimpy victims, shouldn’t we also be concerned when the culture tells our daughters that the only way to be tough is to kick a smarmy guy’s ass? For our daughters to be true individuals, they should be exposed to a wide range of acceptable “feminine” behavior.

The heroines of classic literature we still read and adore today — Elizabeth Bennet, Jane Eyre, Scarlett O’Hara — never won a fistfight or led a revolution. But they are still “strong” characters, women we root for and cheer on, even though their victories are quieter and more domestic. I have no problem with modern pop culture telling women they can be as tough as men, but not when “toughness” is measured solely in male-oriented characteristics. Our daughters need to know that crying doesn’t always mean you’re weak. That power can come from clever thinking rather than MMA-style training. Our girls need to see and read about a range of female experiences and emotions — even ones told from the villain’s point of view.

That’s why I’ll be seeing "Maleficent," no matter what reservations I might have about its over-the-top, action-movie approach. I hope that amid all the computer-generated fairies and green-screen effects there will be some genuine magic: moments when Angelina Jolie shows us a real, well-rounded female character and I get lost in her story. For just a few hours, I want to believe.

Elizabeth Blackwell is the author of "While Beauty Slept" (Amy Einhorn Books/Putnam, 2014), a historical-fiction reinterpretation of "Sleeping Beauty." Find out what else she’s up to on Facebook (/elizabethblackwellbooks) and Twitter (@eblackwellbooks).