Six of the the 32 teams in the tournament have, or recently had, a German coach at the helm. It's no coincidence 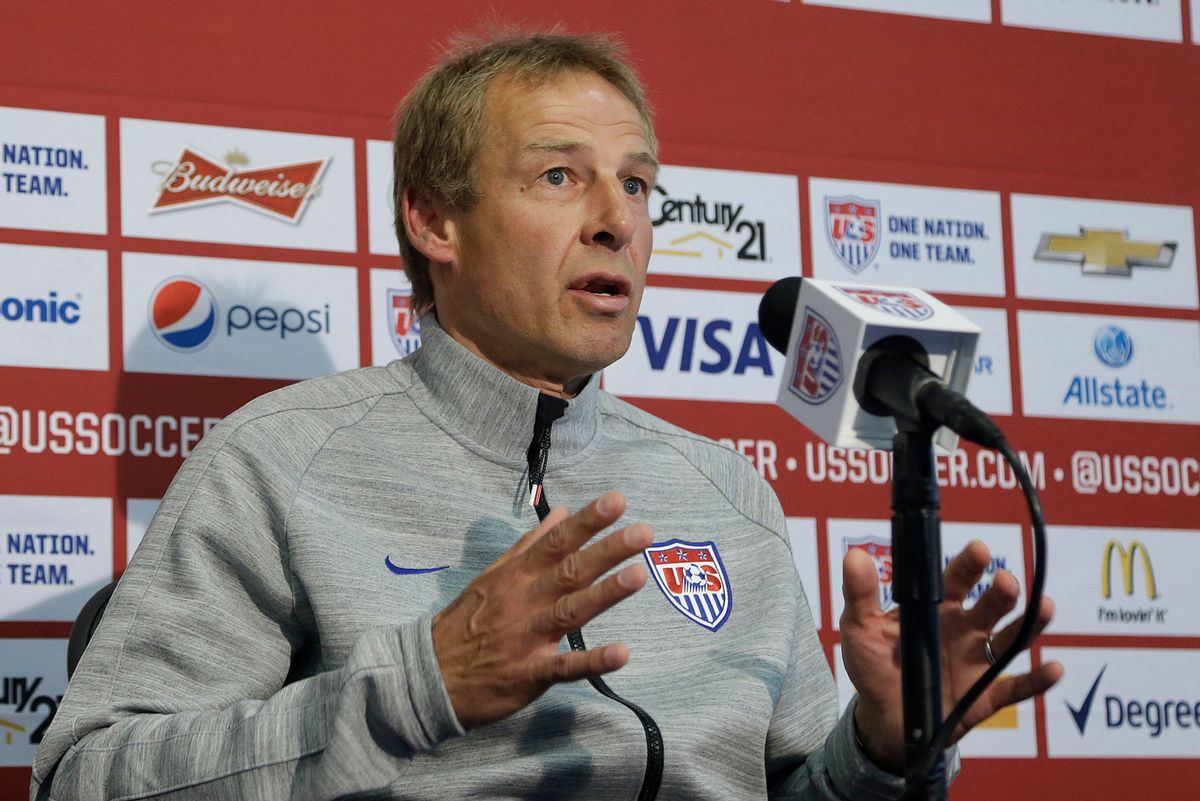 If jerseys Berliners wear to the bar are anything to go by, the German World Cup team hasn't captured as many hearts here as have Brazil, Italy or even (yes) France.

But at least this year, everyone loves a German coach.

Counting the German team itself — led by former Bundesliga star Joachim Low — six out of 32 World Cup teams have, or recently had, a German at the helm going into the 2014 championships: Australia, Cameroon, Croatia, Germany, Switzerland and the United States.

(Full disclosure: Australia dumped Holger Osieck in October 2013, and Croatia's Niko Kovac, although he was born in Berlin and came up playing in Germany, is technically Bosnian.)

So what gives? And will the Germans' grinding style spoil what Brazil's Pele called “the beautiful game”?

Fortunately for fans, experts trace the popularity of German coaches to the new prominence of the Bundesliga in Europe's Champions League — which featured an all-German final for the first time in 2013 — and a new style of play.

“Foreign coaches are more or less an exception in the Bundesliga,” says Jens Peters of Fokus Fussball, a popular German soccer blog.

Meanwhile, fans who remember the German teams of yesteryear and haven't watched the game in a while will be in for a surprise, according to Rafael Wieczorek, coaching director at Coerver Coaching Germany.

“In the past, German soccer was known for 'fight and fitness' because the players didn't have the technical skills to match Brazil or the Netherlands,” he says.

“Now the team has a lot of technically skilled players, so the philosophy has changed.”

But what about the other German-coached teams in the mix?

In only their fourth World Cup appearance, the Soccerroos replaced Osieck with Greek-Australian Ange Postecoglou hardly six months before the final, after the team lost 6-0, 6-0 to Brazil and France.

They come into Group B as heavy underdogs, facing perennial big guns Spain and the Netherlands with an untested squad that could include as many as 10 players under 22 years old. Hustle may be their only chance.

Having replaced former Cameroon international Jean Paul Akono in May 2013, long-term Bundesliga coach Volker Finke arguably has a better chance against Brazil, Croatia and Mexico in Group A.

Pioneering a passing-oriented, pressing style that eschewed superstars, Finke created the “Moneyball” of the Bundesliga and could well make a lot out of a little in Rio. Meanwhile, Finke has an experienced squad of fighters who will run themselves into the ground for the veteran campaigner.

Born and raised in Berlin, Croatia's Kovac enjoyed a workmanlike career in the Bundesliga before eventually captaining Croatia's 2006 World Cup side and the team that beat England twice at the Euro 2008. When he came on board as coach in October last year, he hinted he'd introduce German discipline and tactics. But the 30-man roster he unveiled in May suggests that he may sacrifice physical play for technical skill, according to the Bleacher Report's Alexandar Holiga.

In charge of the Swiss team since 2008, 64-year-old Ottmar Hitzfeld selected no fewer thannine Bundesliga players for this year's World Cup campaign. Starting off against Ecuador in Group E, the “tactical genius” arguably has a better chance this year than in 2010, when Switzerland secured an upset win over Spain but failed to advance to the second round. Like Germany itself, he's adopted a more attacking style to suit creative young players like Bayern Munich's Xherdan Shaqiri, Borussia Monchengladbach's Granit Xhaka and Napoli's Gokhan Inler. Already having announced his retirement, Hitzfeld has also uncharacteristically predicted his boys will “shock the world.”

A physical player and prolific scorer during his career, Jürgen Klinsmann already lived in California when he coached Germany for the 2006 World Cup, so he was the natural choice to convert America's team of Charlie Hustles into an exciting, attacking force. The change didn't come without ups and downs. Klinsmann had to face down dissent among the ranks and anonymous sniping in the press during qualifying, and reports suggest he's still wrangling his dubious stars despite selecting a host of German-born Americans for the squad. Meanwhile, he faces Ghana and Portugal in Group G before he squares off against Low and Germany — and in this case, familiarity breeds nothing but respect. “Klinsmann and Low together led Germany to third place in 2006,” says Peters of Fussball Fokus. “It would be a surprise if either of them could fool his counterpart with a totally new strategy.”