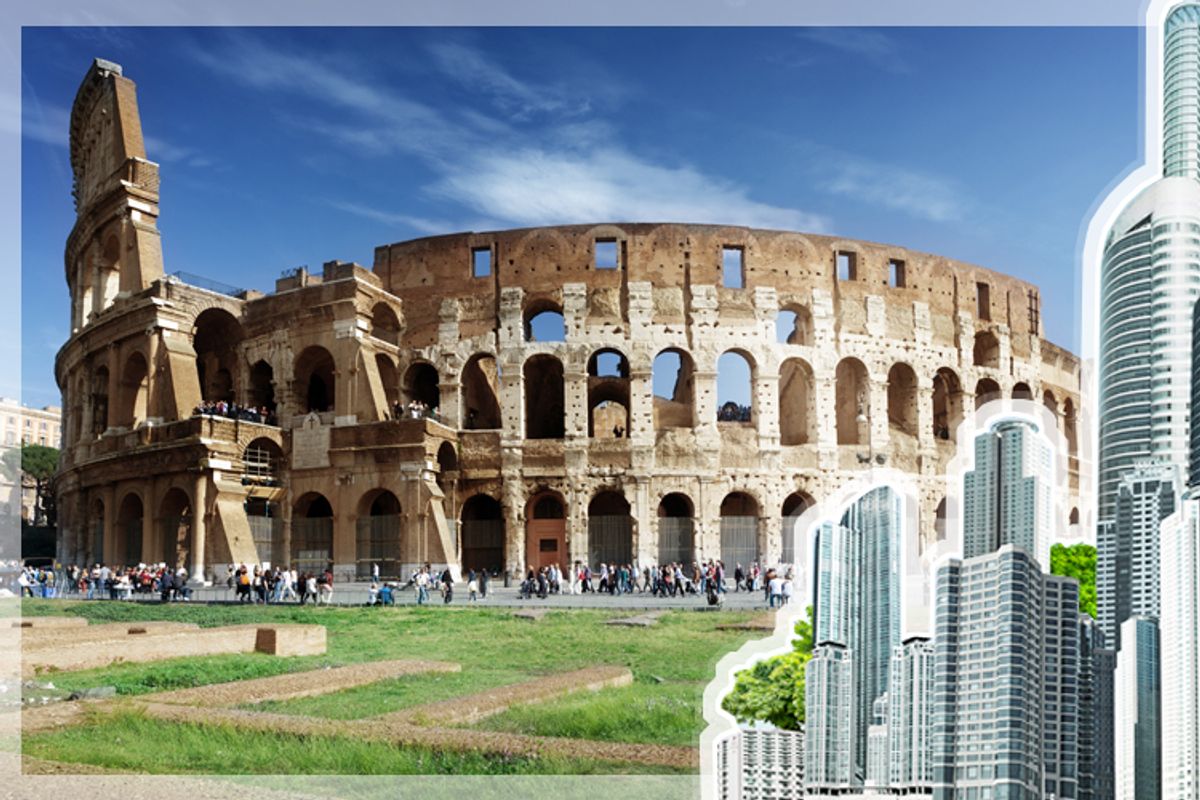 In last weekend’s elections for the continent's parliaments, anti-European Union fringe groups surged to majorities in France, the United Kingdom, Denmark and Greece. For the first time, voters endorsed the campaign to reduce or eliminate their countries’ involvement in the European project – to do away with the open borders, economic integration and shared institutions it has wrought over the past six decades.

In France, Le Monde proclaimed the election of the Front National had “devastated the French political landscape.” The United Kingdom Independence Party became the first party besides Labour or Tories to win a national election in over a century. Though turnout was low, and the Euroskeptics have not gained a majority in Strasbourg, European leaders have scheduled an emergency conference to address the results.

Just as states lurch away from Europe, regions are trying to withdraw from states. The first to go may be Scotland, which will hold an independence referendum in September. But Catalonia (Spain) and Flanders (Belgium) each made their wayward desires apparent in the European elections and may not be far behind. If they succeed, others might follow.

The two movements are superficially analogous, as individual members reject involvement in larger groups. But in politics and character, they are diametrically opposed – and represent two extreme possibilities for the European future.

Anti-immigrant, anti-globalization parties in the core states of the European Union owe their popularity to voters in the hinterland and around the cities that globalization has left behind. As the Economist stated this week, “they rarely thrive in large cities. In provincial towns, villages and suburbs around the continent, people whose jobs and livelihoods have been disrupted by immigration, outsourcing and automation no longer fit into the same social democratic ‘big tent’ as urban professionals, ethnic minority voters, students and public-sector workers.”

In France, for example, the Front National reached 40 percent of the vote in regions of the post-industrial north, once a left-wing stronghold, and 35 percent in the reactionary south. But it performed half as well in the well-to-do regions around Bordeaux and Lyon. In Copenhagen, Paris and London, the right wing ran about 10 percentage points behind their national totals.

Separatist movements, by contrast, are typically organized around cities whose fortunes have steadily risen in recent years, like Barcelona and Antwerp. Their supporters claim cultural differences. But they also see national governments as meddlesome middlemen between them and the super-national government in Brussels that manages borders, trade and structural funds.

Regions seeking autonomy that aren’t wealthier than their states — like Scotland or Kosovo — can afford to leave because there is something else to join: Europe. (At least in theory: fearful Spain, with Catalonia on the brain, is the only country in Western Europe to not recognize Kosovo’s independence. European Commission President José Manuel Barroso has warned Scotland it might find gaining EU membership impossible.)

The idea that the European Union structure might diminish the power of the nation-state to the benefit of dynamic cities is not new. In 1991’s “The Global City,” Saskia Sassen proposed that cities would grow powerful enough to detach themselves from national territorial contexts. "It is today widely acknowledged,” wrote Neil Brenner in 1997, "that contemporary cities are embedded in transnational flows of capital, commodities and labor-power… that no state can fully control."

Metropolitan areas in Western Europe have benefited from the same newly mobile laborers that have induced an epidemic of xenophobia. Nearly 5 million Eastern Europeans lived in the 15 “original” EU states in 2009, up from 1.6 million in 2003. And, just as U.S.-Mexico border cities have ballooned following the passage of NAFTA, Europe’s many border cities especially have prospered under relaxed border controls.

That said, it’s also the case that there remains little comprehensive research on what political situations or economic characteristics have helped cities prosper in the Euro-era. European structural funds have often been (re)distributed to disadvantaged rural areas like Italy’s Mezzogiorno (though the EU claims it is now shifting that balance to favor cities). Metros aren’t gaining as a percentage of the European economy, and only half of EU metros have a higher level of development than their country. Even as European migration makes some cities grow, it pulls talent from elsewhere, fueling fears about "brain drain" in Southern and Eastern Europe.

But if the EU hasn’t supercharged its largest and most prosperous cities, it’s fair to say their national governments aren’t doing much for them either. Cities, and especially a handful of very large, wealthy cities, contain three-quarters of Europe’s population and produce 85 percent of its GDP. What do they need states for?

There are huge political hurdles standing between American metros and autonomy. But in Europe, that kind of economically motivated regional separatism has a vibrant recent history. Financial imbalances compelled the Czechs to pull away from the Slovaks, and Croats and Slovenes to split from Yugoslavia. And at the moment, it has a future, too.

Why did the legendary European city-states — like Venice, Genoa and the cities of the Hanseatic League — ever join up with their territorial hinterlands to form nations? The accepted explanation is that they didn’t possess the military might to resist larger states, despite their great wealth.

But according to new research by David Stasavage of NYU, the tradition of urban autonomy in Europe has acquired an undeserved reputation of growth and innovation. After analyzing the 173 largest cities in Europe (pop. over 10,000 in 1500 A.D.) between 1000 and 1800, Stasavage found that self-governing cities did not grow faster than those subsumed in a larger state. “Autonomous cities initially grew more quickly than did cities subject to princely rule,” he writes, "but this situation eventually reversed itself.”

What happened? Because external rulers levied large taxes on cities, they also encouraged growth. Local leaders favored protectionism. As Stasavage notes, “precisely because the establishment of an autonomous city involved the usurpation of authority, it also involved the creation of barriers to entry as the merchant, and later, craft guilds that dominated a city’s political institutions strictly regulated commerce and the right to enter certain professions.” The winners of the economic system ascended to the top of the political system, and needless to say, they favored the status quo.

Is that a relevant lesson in a world where metros are encouraged to emulate the cities of the Hanseatic League in seeking independence from nation-states?

We may soon find out. In the meantime, Europe’s tug of war goes on.