Bassem Youssef's weekly satirical show in Egypt has been canceled

"I'm tired of struggling and fearing and worrying about my safety and that of my family," said Egypt's Jon Stewart 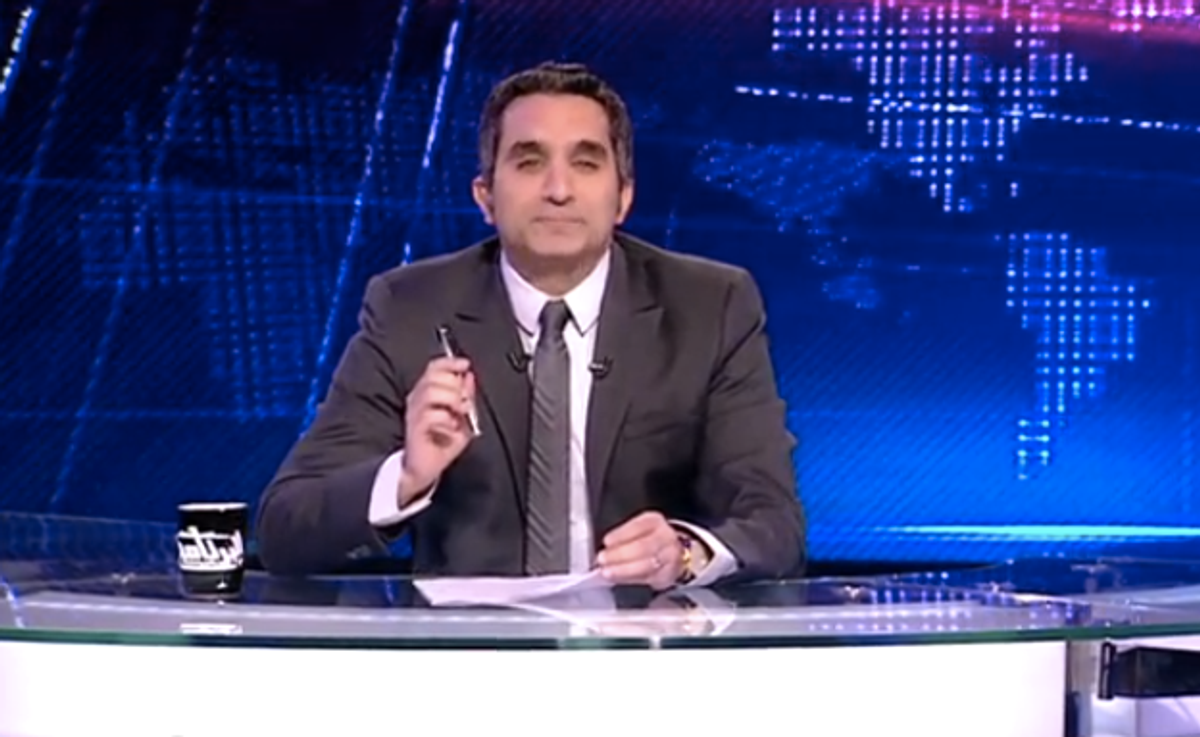 Though Bassem Youssef has been willing to face torture and even death for the right to mock Egypt's leadership, something has caused network MBC-Misr to back away from the revolutionary weekly satirical news program, "Al Bernamag."

Youssef, dubbed the Egyptian Jon Stewart, would not tell reporters the nature of the threats he's received or who they are from, but it's rumored that the pressure originated from Egypt's ruler, ex-military official Abdel Fattah al-Sisi, or from the Saudi government. The AP reports:

"I want to give it to you, but I cannot," he said with a grin, bringing a roar of laughter from his staff on stage with him and journalists. The phrase was used by el-Sissi in a recent interview and was widely mocked on social media because in Egyptian Arabic it has a sexual connotation.

He also declined to comment when asked if the pressure came from the Saudi government, which has been among the main backers of el-Sissi.

"I'm not a revolutionary and I'm not a warrior. I was expressing my views once a week. The present climate in Egypt is not suitable for a political satire program," Youssef told reporters. "I'm tired of struggling and fearing and worrying about my safety and that of my family."

Youseff's program, modeled after "The Daily Show," inspired millions and became one of the few sources of free speech in an oppressive state. Launched online in 2011 after Egypt's Hosni Mubarak was overthrown, the show found a home at ONTV and CBC but later shifted to MBC-Misr after censorship issues arose. The comedian has been interrogated and threatened repeatedly over his program, most recently over his criticisms of Egypt's military.

Youssef hopes that "the cancellation will force people to think of something more creative and useful rather than depend on one thing or one person."