Battle of the Wikis: One comic fan's Marvel Database takes on the massive Marvel Universe

Jamie Hari has created his own empire of comic trivia 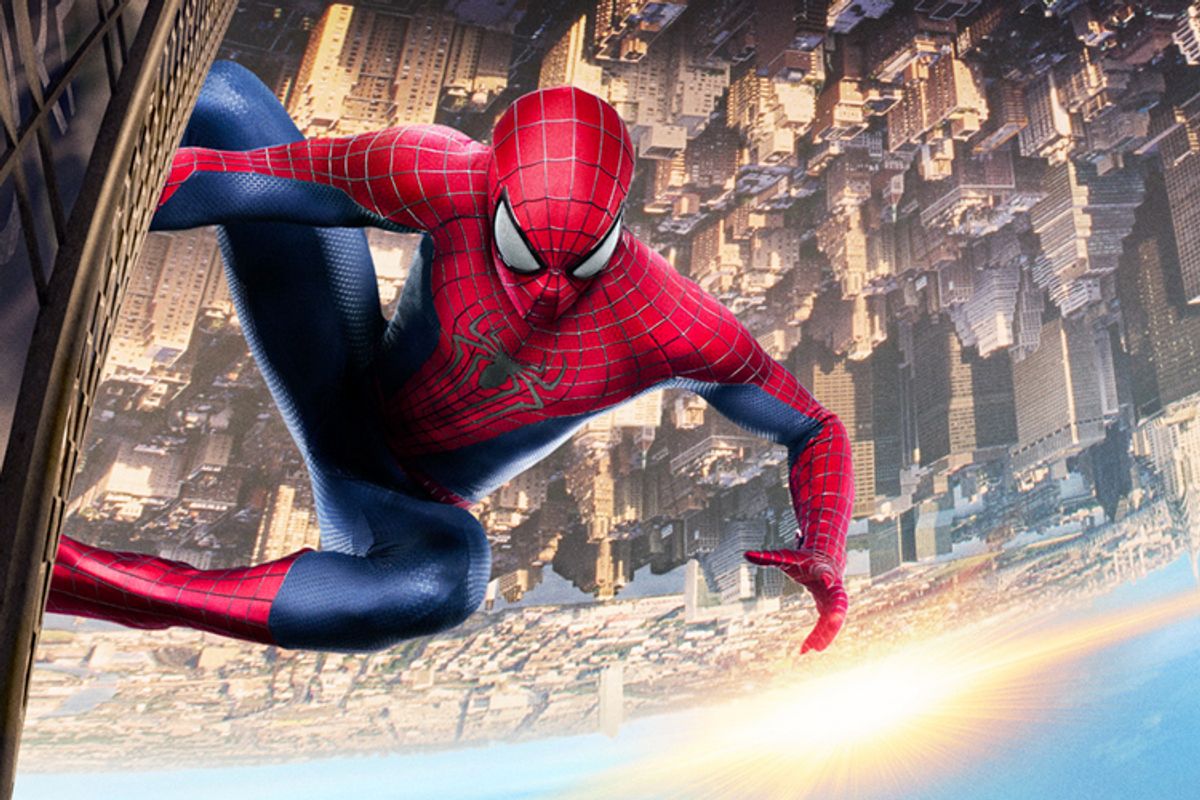 Marvel's prominence in pop culture expands exponentially with the introduction of each new franchise film, television series, and -- even still -- comic book issue. Fewer and fewer can remember a time when DC's Superman was inarguably the character most associated with the term "superhero" or when Michael Keaton's "Batman" was that rare, successful superhero film. With that ascendance, the thirst for information and trivia regarding every single facet of the Marvel Universe has grown voracious among fans old and new. Just look at the clamor that erupted earlier this week when writer/director Edgar Wright backed away from helming the upcoming Ant-Man movie; the incident was widely reported despite the fact that Ant-Man is a third-tier Marvel character barely recognizable by anyone without ink-stained fingertips. Fortunately for Marvel, its catalog of heroic exploits in the face of extreme villainy dates back well over 50 years, so there is no end of minutiae to be excavated -- so much so that, 10 years ago, a 22-year-old die-hard fan named Jamie Hari took it upon himself to start pulling together threads in an attempt to make relative sense of the vast Marvel Universe.

From Hari's colossal efforts ("colossal" as in X-Man's Peter Rasputin) was born the sprawling Marvel Database under the Wikia banner. (As the host, Wikia makes some profit from placing ads in the wiki. Hari does not.) Very soon after, came the Marvel Universe Wiki, a product of Marvel itself and so official that even Hollywood screenwriter Zack Stentz used it as a research tool while working on "Thor" and "X-Men: First Class." But, while the former is essentially a fan site and the latter is bought and paid for by the company it promotes, the two ever-expanding databases are similar in that they are both ultimately collaborative. Like "Magneto" or "admantium," "wiki" is a noun that snuck into the public consciousness without the population at large being so acutely aware of its origins. For the record, Wikipedia defines a wiki as "a web application which allows people to add, modify, or delete content in collaboration with others."

The upshot of all this is that, yes, one will find branded editorial on the Marvel Universe Wiki -- with Ant-Man and Daredevil projects in the offing, the site has been featuring splashy posts inviting readers to "Follow the History" of both. But, when it comes down to its core function -- feeding the trivia hounds -- Marvel's site is not wildly different from Hari's. Yet, surprisingly, a David and Goliath story did not evolve out of the competition, with Marvel using its considerable resources to crush or absorb Jamie Hari's DIY labor of love. In fact, the Marvel Database not only exists alongside its corporate-sanctioned cousin, it flourishes. In a side-by-side comparison of entries for Ant-Man, the Marvel Database entry is noticeably longer and far more detailed, reflecting a certain fanboy ferocity in its reporting. But as you will read, the Marvel Universe Wiki's succinctness is also somewhat by design. Salon talked to Hari about how the two wikis came to coexist.

When did you start the Marvel Database, and why?

The Marvel Database has roots in a series of encyclopedia-style comic books first published in 1981, called the Official Handbook of the Marvel Universe. I loved these books as a kid and tried to emulate their style using modern technology. My first attempt at making a comic book database was around 1997. It was not on the Internet and was only for my own use, but I never really make any significant progress. When I was trying to get back into comics in the early 2000s after a brief hiatus, I realized there wasn't anything on the Internet beyond a few small, disorganized fan pages, nothing with the ambition of Wikipedia. And so in March of 2005, after a few months of work, the Marvel Database was launched. (The DC Database followed in October of that same year.)

Has it gotten much harder to maintain since you started, and especially since the Marvel franchise films and TV shows have become so popular?

We've been very careful about managing the scope of our project through the years, to avoid biting off more than we can chew. As you can imagine, it was already a big enough task to document over 70 years of history. The addition of film and TV shows to our database is a relatively new addition, and we are fortunate that we now have a much larger community to help curate the expanded content.

Does Wikia keep you posted as to how popular your wiki is?

Wikia provides a great deal of insight into the growth of wikis, including the number of active editors, daily edit rate, as well as readership statistics. Together, the two largest wikis I created, the Marvel Database and the DC Database, had just under 3.5 million people visit this month alone (May 2014).

Is there any other reward other than the satisfaction of doing it?

I've been very lucky to be a part of the unexpected success of the Databases. I've had the pleasure of meeting many artists, writers and other industry professionals, but perhaps my greatest reward has been access to exclusive parties and participating in panels at conventions.

Do you know if you started the wiki before Marvel created its own Marvel Universe Wiki?

Did Marvel ever offer to buy you out? If they did, would you sell? Or is there not anything to sell? That is, does Wikia actually own your content?

Marvel never offered to buy the database, probably because they were already partway down the path to their own, but we did discuss the possibility of me coming to work for them. Wikia licenses most content with a Creative Commons license, which allows reuse; they don't "own" it, per se.

What's your relationship like with them? Is there competition or collaboration?

I'd like to say there is unofficial friendly competition, but it is apples-to-oranges. While their wiki is powered by the same software as the Marvel Database, they keep editorial control close to their heart, and each edit must be reviewed and approved before being published to the Internet.

What would you say is the difference between the Marvel Database and the Marvel Universe Wiki?

The spirit of the Marvel Database is more collaborative, compared to Marvel Universe Wiki. Both have their merits and challenges, but the open editing approach has definitely been our secret sauce, allowing us to create over 125,000 articles, easily 10 times as much content as they currently have, while still maintaining an equally high level of quality and accuracy.