Must-see morning clip: Internet trolls, band together against the FCC! 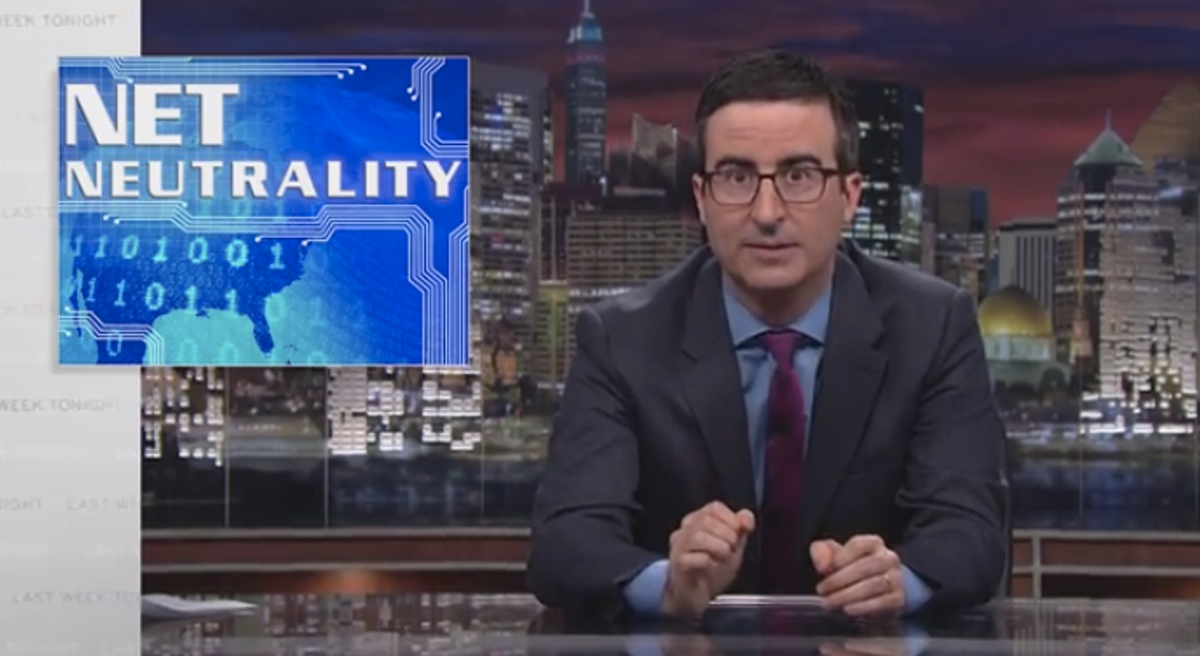 There is little that "Last Week Tonight" host John Oliver finds more boring than net neutrality, but thanks to the FCC's attempts to regulate the Internet, he's forced to address the issue. If you're not caught up on the debate, let Oliver fill you in: "The Internet, in its current form, is not broken. And the FCC is taking steps to fix that."

"Ending net neutrality would allow big companies to buy their way into the fast lane, leaving everyone else in the slow lane," Oliver explained; the Internet would no longer be a "level playing field" for consumers and creators. The proposed changes will alter the very essence of the the Internet -- even Google, Facebook and Amazon support net neutrality: "What's being proposed is so egregious, activists and corporations have been forced onto the same side."

Although the FCC is getting some flak, the cable companies and FCC are likely to get what they want. How? "The cable companies have figured out the great truth of America," Oliver explained. "If you want to do something evil, put it inside something boring."

Like a general sending his army to their last battle, Oliver made a final, urgent plea to -- who else? -- Internet commenters. "This is the moment you were made for, commenters," Oliver said, supplying a mission to the trolls. "For once in your life, we need you to channel that anger, that badly spelled vile that you normally reserve for actresses that you seem to think have put on weight. Or politicians that you disagree with. Or photos of the ex-girlfriend getting on with her life."

"We need you to get out there, and for once in your lives, focus your indiscriminate rage in a useful direction! Seize your moments, my lovely trolls! Turn on caps lock and fly my pretties! FLY! FLY! FLY!"