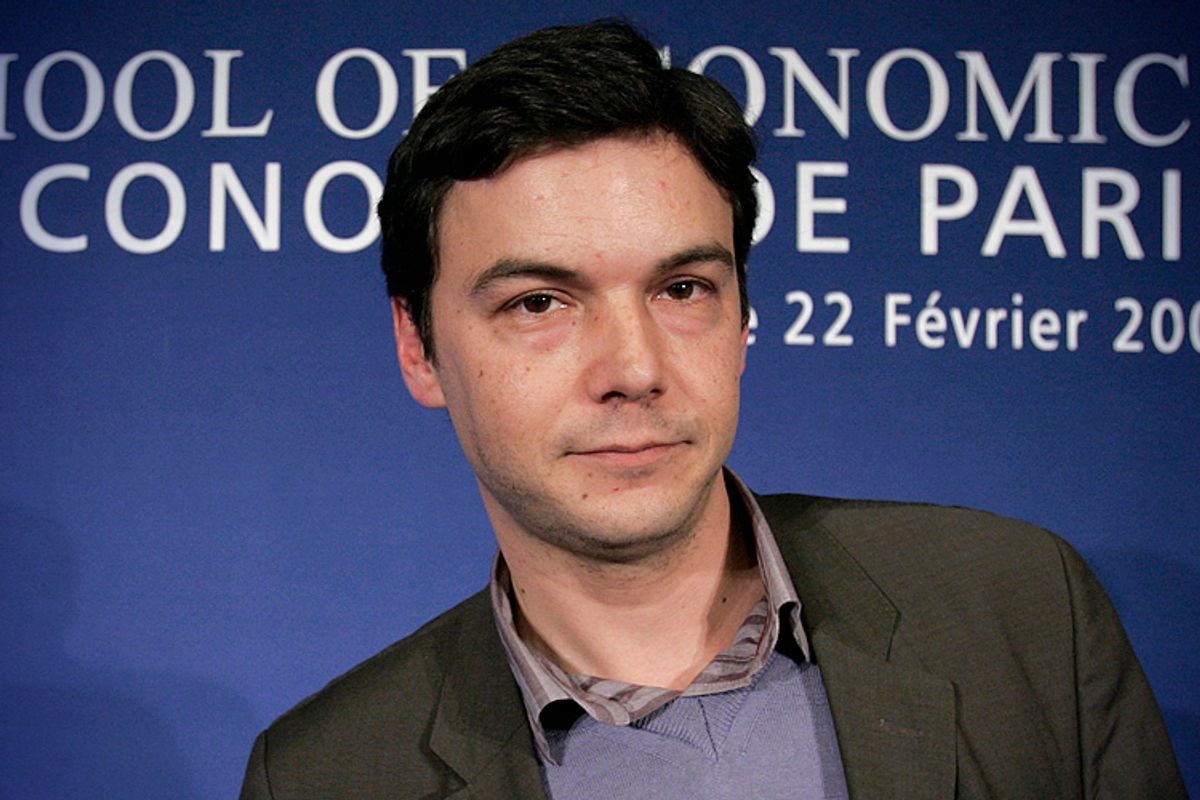 Two Fridays ago, Chris Giles of the Financial Times made a splash by claiming that there are serious problems with the data used by Thomas Piketty in one chapter of his surprise bestseller “Capital in the 21st Century.” A week of teeth-gnashing ensued until, last Thursday, Piketty responded to Giles’ accusations in devastating fashion.

That Piketty’s data is flawed will no doubt linger as a zombie idea in the circles of people for whom that’s convenient. But this isn’t the only misconception about Piketty’s book that has been swirling around in the commenting class. In no particular order, here are the top five common misconceptions I keep on reading.

Piketty’s main argument is that the growth in national income will decline, but savings rates and the rate of return on capital (i.e., economic wealth) will hold relatively steady. This will cause the magnitude of capital in the economy to balloon and cause capital ownership to become even more heavily concentrated at the top than it already is. As a result, more of our national income each year will go to the increasingly concentrated owners of the nation’s capital. If Piketty is right, it is conceivable that, in the future, 35 percent or more of the national income will flow to capital, 90 percent of which will be held by 10 percent of the people.

One popular attack of this theory, especially coming from economist types, is to say that when the magnitude of capital balloons, the rate of return on capital will fall significantly, and that this will prevent the above inequality story from happening. But this attack totally misconceives what Piketty means by capital and his arguments about the determinants of the rate of return on capital, misconceptions Suresh Naidu has dubbed “Bastard Pikettyism.”

At its core, this economist objection has in mind a certain model of the economy where “capital” consists of physical stuff like machines and the rate of return on capital is determined rather mechanically by things called “marginal products.” When you add more and more machines, their marginal productivity will decline, and so too will the rate of return to capital. But this is not Piketty’s view of “capital.” For Piketty, political and social forces define what capital is — it consists of much more than physical machines — and play a leading role in determining what rate of return it actually fetches. Pushing Piketty’s analysis into some physicalist capital model is a bastardizing of his work that fails to respond to his actual theory and the long series of historical data that supports it.

Piketty’s main argument is that the decline of growth will cause the amount of national capital relative to national income to go up a bunch. This will cause more of our national income to go to capital each year. This will have a disequalizing effect, not because capital will become more unevenly distributed, but because it already is very unevenly distributed. Seventy-five percent of our nation’s capital is already held by 10 percent of the people. Increasing the amount of the national income that goes to capital will increase inequality, whether wealth inequality increases or not.

Under this misconception, Piketty’s claim that “r > g” (the rate of return on capital is higher than the growth rate of national income) will drive increasing wealth and income inequalities presumes that “returns to wealth are all reinvested.” Larry Summers, of all people, has pushed this misconception. Of course, Piketty presumes no such thing.

Piketty is very clear that people do not reinvest 100 percent of their capital income. His point is that the larger the gap between r and g is, the easier it is for the wealthy to save enough of their capital income to grow their wealth pile at a faster rate than the national wealth as a whole, thereby increasing their share of the national wealth and national income. If the gap between r and g is very small, capital owners will have to save almost all of their returns to keep up, which never happens. If the gap is very big, they only need to save a small fraction of their capital to keep pace. In practice, the wealthy save a much higher chunk of their income than the non-wealthy, which is all that’s necessary for Piketty’s theory.

5. The wealth tax needs to be global

Finally, a field day has been had with Piketty’s proposed global wealth tax. It’s so impractical, I am sure you have heard. While I personally think there are better ways to go about breaking up wealth and income concentrations, it’s important to note that Piketty does not claim that a wealth tax must be global. Piketty says a global wealth tax would be ideal, but, short of that, big multi-country regions could impose a wealth tax, like the European Union. Or big countries could impose a wealth tax, you know, like the third-largest country in the world, the United States.