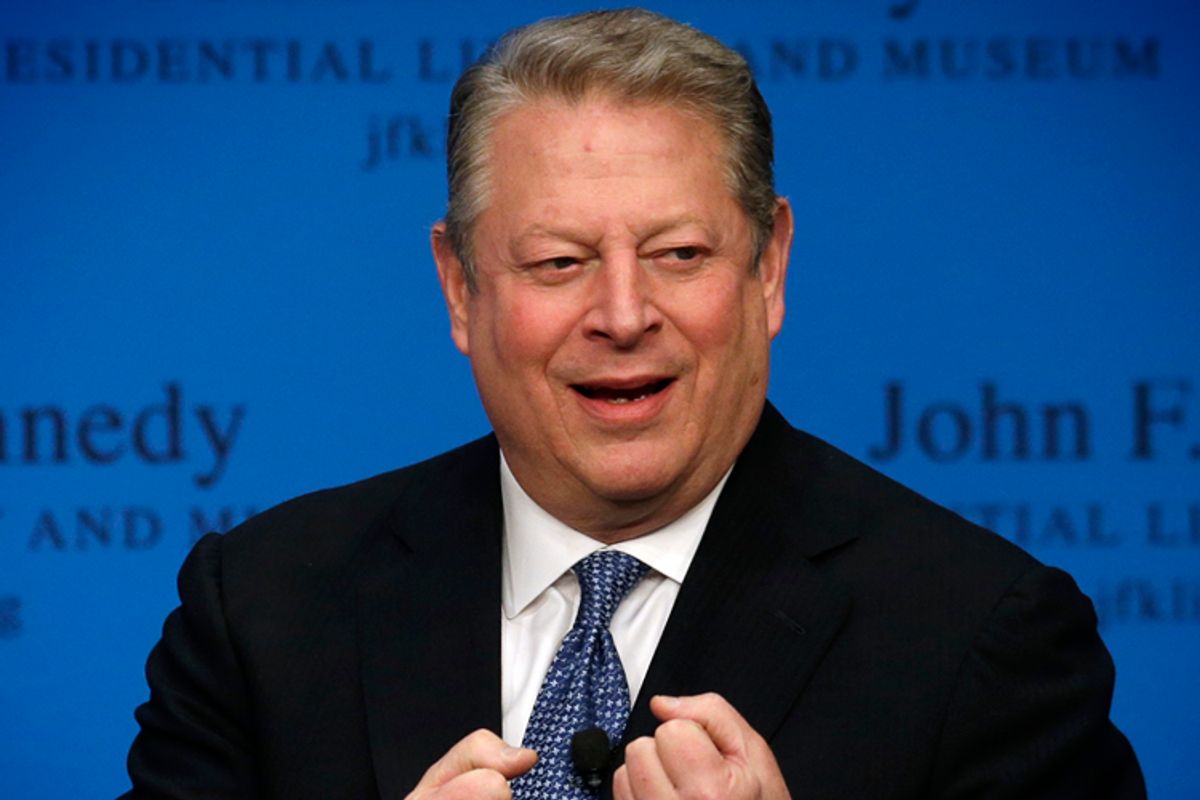 The EPA is out with its much-anticipated proposed rule for regulating power plant emissions, and it probably comes as no surprise that Al Gore is on board. But what right-wing and industry-backed opponents are missing is that this isn't just coming from climate hawks. The overwhelming majority of Americans, it turns out, are in favor of limiting carbon pollution from power plants.

A full 69 percent of Americans believe that global warming/climate change is either a serious, or a very serious, problem, found a Washington Post-ABC News poll released Monday afternoon. The poll also found strong evidence for bipartisan support of carbon regulation: 79 percent of Democrats, 76 percent of Independents and a not-too-shabby 57 percent of Republicans said they were in favor of placing state-level limits on greenhouse gas emissions. And despite the heavy rhetoric being thrown around by their representatives, little difference was seen between Americans living in coal-heavy states and those living in states where less than half of the electricity comes from coal.

When put to the test, and asked if they'd continue to support such regulations if they "significantly lowered greenhouse gases but raised your monthly energy expenses by 20 dollars a month," the majority were unfazed: 63 percent, including 51 percent of Republicans, continued to stand in favor of regulations.

The results echo a similar study undertaken by the Yale Project on Climate Change Communication, which found that Americans "support setting strict limits on carbon dioxide emissions from existing coal-fired plants," by a nearly 2-to-1 margin -- "even if the cost of electricity to consumers and companies increases." What both of these polls are missing, of course, are the specific costs of regulation, as both were conducted before the EPA proposal was released. Those opposed to regulation are already working hard to spin the rule's impact as negatively as possible. Whether they'll be able to do so enough to sway the favorable public opinion remains to be seen.