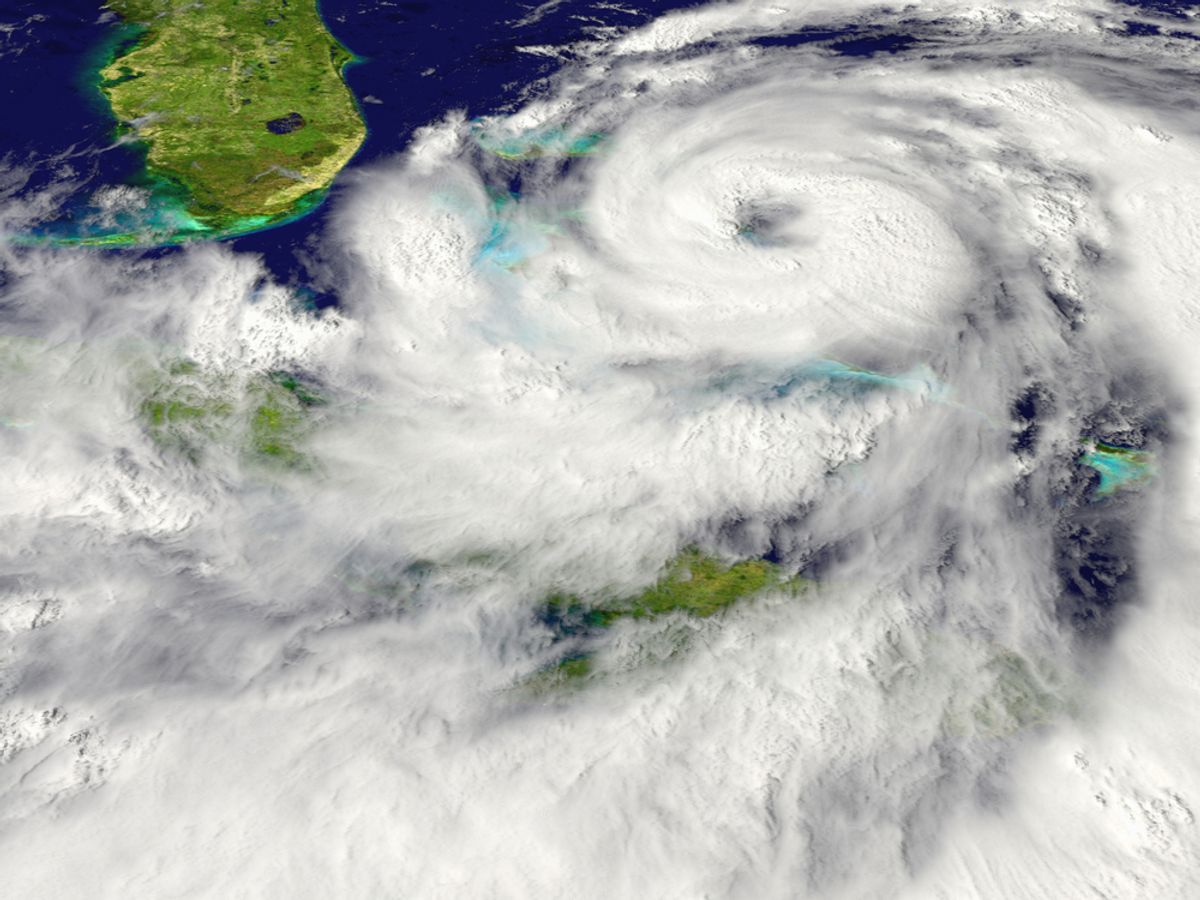 Hurricanes given female names are significantly more deadly than their "male" counterparts, a fascinating new study, published in a top-tier scientific journal, found. The reason? People take them less seriously and are therefore less likely to adequately prepare. In other words, hidden gender bias permeates society right on down to our natural disaster preparedness.

#NotAllHurricanes should be trending any minute now.

“People imagining a ‘female’ hurricane were not as willing to seek shelter,” study co-author Sharon Shavitt explained to the Washington Post. “The stereotypes that underlie these judgments are subtle and not necessarily hostile toward women – they may involve viewing women as warmer and less aggressive than men.”

Here's more from the Post on the study, which was published Monday in the Proceedings of the National Academy of Sciences:

Researchers at the University of Illinois and Arizona State University examined six decades of hurricane death rates according to gender, spanning  1950 and 2012.  Of the 47 most damaging hurricanes, the male-named hurricane produced an average of 23 deaths compared to 45 deaths for female-named hurricanes, or almost double the number of fatalities.  (The study excluded Katrina and Audrey, outlier storms that would skew the model).

The difference in death rates between genders was even more pronounced when comparing strongly masculine names versus strongly female ones.

“[Our] model suggests that changing a severe hurricane’s name from Charley … to Eloise … could nearly triple its death toll,” the study says.

The researchers then tested the data on undergrads and online volunteers, designing six experiments to measure their reaction to differently gendered storms. Again, they identified the same bias: the participants were less likely to fear or prepare for girly-sounding storms.

“Although using human names for hurricanes has been thought by meteorologists to enhance the clarity and recall of storm information, this practice also taps into well-developed and widely held gender stereotypes, with unanticipated and potentially deadly consequences,” the study concludes. “For policymakers, these findings suggest the value of considering a new system for hurricane naming to reduce the influence of biases on hurricane risk assessments and to motivate optimal preparedness.”

Not everyone's buying those conclusions: The National Centre for Atmospheric Research's Jeff Lazo, for one, pointed out a number of flaws in the study's methodology to National Geographic. He warned that “trying to suggest that a major factor in this is the gender name of the event, with a very small sample of real events, is a very big stretch.”

The National Hurricane Center, meanwhile, declined to comment on the study's results, instead using the opportunity to emphasize the importance of taking all storms seriously -- including upcoming hurricanes Bertha, Dolly and Fay.