Scout Willis: The female nipple is not a sexual object 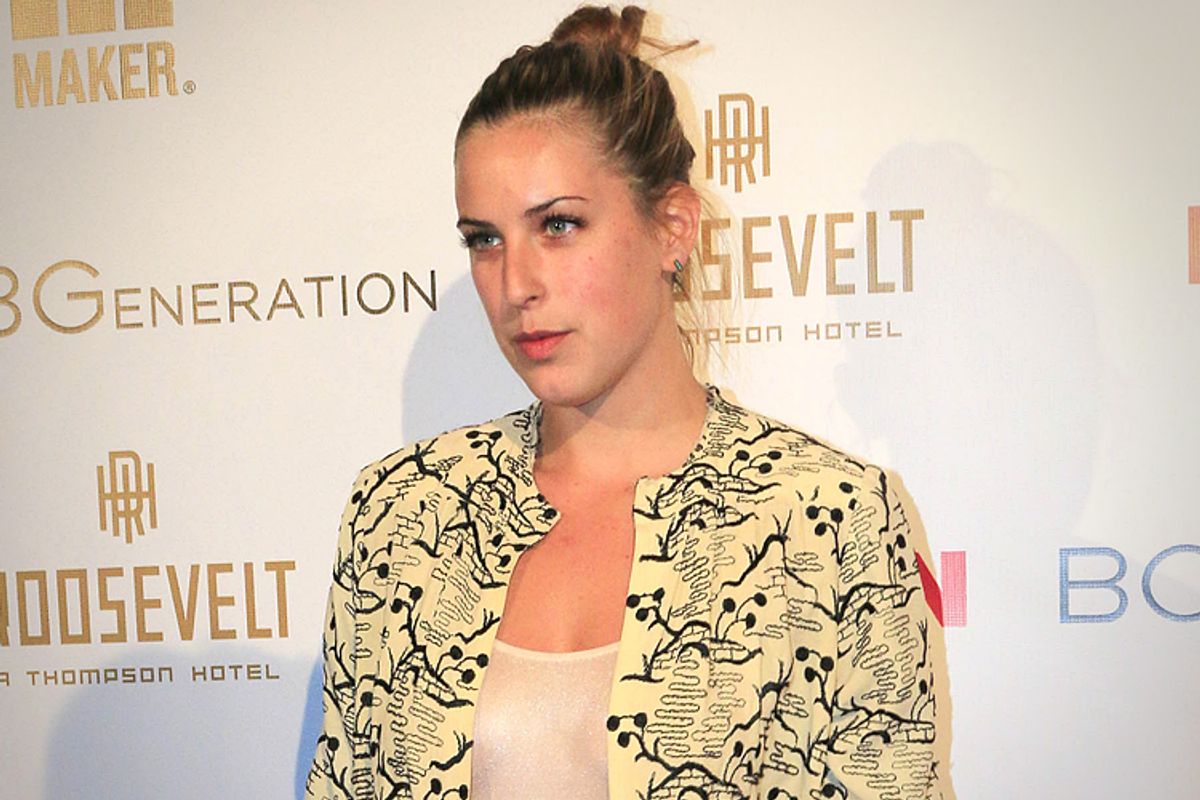 In just a week, Scout Willis has become the new, unofficial face of the 4-year-old "Free the Nipple" campaign, using her spotlight to challenge the body image double standards that women face in our society. If her Twitter campaign against Instagram or topless jaunt through New York City ever seemed like frivolous, attention-getting stunts, however, Willis put those doubts to rest on Monday in an eloquent essay for XOJane.

Freeing herself from the constraints of 140 characters for the first time since she began her campaign, Willis wrote:

My situation was in no way unique; women are regularly kicked off Instagram for posting photos with any portion of the areola exposed, while photos sans nipple -- degrading as they might be -- remain unchallenged. So I walked around New York topless and documented it on Twitter, pointing out that what is legal by New York state law is not allowed on Instagram.

What began as a challenge to Instagram and its prejudiced community guidelines became an opportunity for dialogue. Matters like the taboo of the nipple in the 21st century, public breastfeeding, slut shaming, fat shaming, breast cancer awareness, body positivity, gender inequality, and censorship have found their way into mainstream discussion. But unfortunately the emphasis in the press has been on sensationalizing my breasts, chiefly in terms of my family.

Willis argues that nipples are not tangential to the larger issue of gender equality, but rather are at the very center of how we perceive and physically respond to women. Censorship tells us that female bodies, epitomized by the female nipple, are inherently sexual and salacious:

There are also some people who would criticize my choice to relate nipples with equality at all. To me, nipples seem to be at the very heart of the issue. In the 1930s, men’s nipples were just as provocative, shameful, and taboo as women’s are now, and men were protesting in much the same way. In 1930, four men went topless to Coney Island and were arrested. In 1935, a flash mob of topless men descended upon Atlantic City, 42 of whom were arrested. Men fought and they were heard, changing not only laws but social consciousness. And by 1936, men’s bare chests were accepted as the norm.

So why is it that 80 years later women can’t seem to achieve the same for their chests? Why can’t a mother proudly breastfeed her child in public without feeling sexualized? Why is a 17-year-old girl being asked to leave her own prom because a group of fathers find her too provocative? Why should I feel overly exposed because I choose not to wear a bra? Why would it be okay with Instagram and Facebook to allow photos of a cancer survivor who has had a double mastectomy and is without areolas but “photos with fully exposed breasts, particularly if they’re unaffected by surgery, don’t follow Instagram’s Community Guidelines.” Until this weekend women were afraid to post photos of their mastectomy tattoos -- realistic or creative -- for fear that Instagram would delete their accounts.

I am not trying to argue for mandatory toplessness, or even bralessness. What I am arguing for is a woman’s right to choose how she represents her body -- and to make that choice based on personal desire and not a fear of how people will react to her or how society will judge her. No woman should be made to feel ashamed of her body.

Willis' goal is to "provoke conversations about gender equality and body positivity that are both necessary and sorely lacking." In the meantime, there are plenty of people who are still afraid of vaginas, too.