The 9 most horrific deaths on "Game of Thrones"

Last night, viewers saw perhaps the most gruesome violence in the show's history. Here's how the moment stacks up 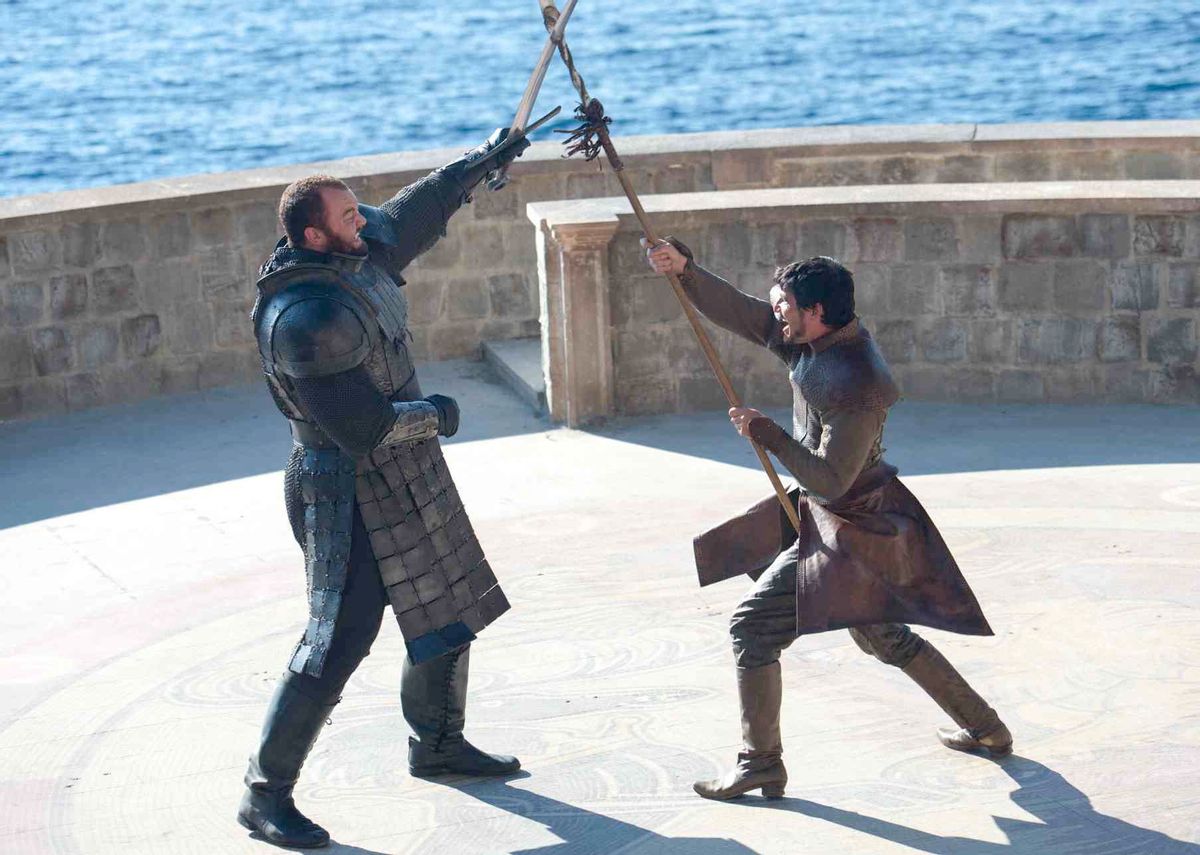 To say that "Game of Thrones" fans are accustomed to death would be a monumental understatement. The HBO program so regularly subjects its viewers to gut-churning violence, and so regularly kills off popular characters, that that even those uninitiated in the ways of George R. R. Martin are aware of his sadistic bent.

Nonetheless, the climatic battle scene at the end of last night's episode -- in which Oberyn Martell, a prince out for revenge, faces off against "The Mountain," Gregor Clegane -- has to be among the most brutal depictions of violence ever featured on "Game of Thrones."

So how does it stack up against the all-time most gruesome sequences in the show's history? Read on to find out.

Warning: The following list contains major "Game of Thrones" plot details, as well as grisly videos/gifs depicting the deaths in question. Both blood and spoilers abound.

In terms of sheer gore, Joffrey's death is relatively tame. But the boy king's assassination by poison -- the end result of a sprawling conspiracy, and relished by more than a few "GoT" fans -- was brutal in its own way. Hinted at throughout an episode that was both meticulously plotted and heavy with dread, Joffrey's ultimate comeuppance hits like an earthquake.

By the time Joffrey stops writhing, his face engorged and purple, it's hard to imagine there was a jaw un-dropped among the show's faithful viewers.

You remember Hugh, of course. No? Well, then let's rephrase: You remember the guy who ended up on the business end of a jouster's lance in the series' fourth episode?

In most cases, it would be an easy call: Losing a hand isn't the same thing as losing your life. But combat is so central a part of Jaime Lannister's identity that having his sword hand lopped off was something like a death in miniature, delivering a psychic wound to the Kingslayer that he wouldn't soon recover from.

And that's not even to mention: We saw the mother-flipping bone.

No, we don't see Ros die. But imagining how the prostitute-turned-informant met her grisly end is, in a way, just as horrible as watching. Coming as it does during a pivotal monologue -- in which the manipulative Littlefinger finally articulates his perversely Machiavellian theory of power -- Ros's murder by Joffrey is one of the most dramatically potent in the entire series.

I can't imagine a worse way to die than being "crowned" with molten gold.

Scratch that! I can't imagine a worse way to die than a slow-motion beheading.

Give it to George R.R. Martin for managing to contrive, year after year, increasingly grotesque forms of murder.

I would tell you I can't imagine a worse way to go out than having a rat chew through your rib cage. But…

Less visually unsettling than Oberyn's death, the Red Wedding nonetheless remains the ne plus ultra of horrific, soul-shattering butchery in the "Game of Thrones" universe. Rather than make you sit through it yet again, we'll just let these viewers' reactions speak for themselves.