Is this really the best the right can do? 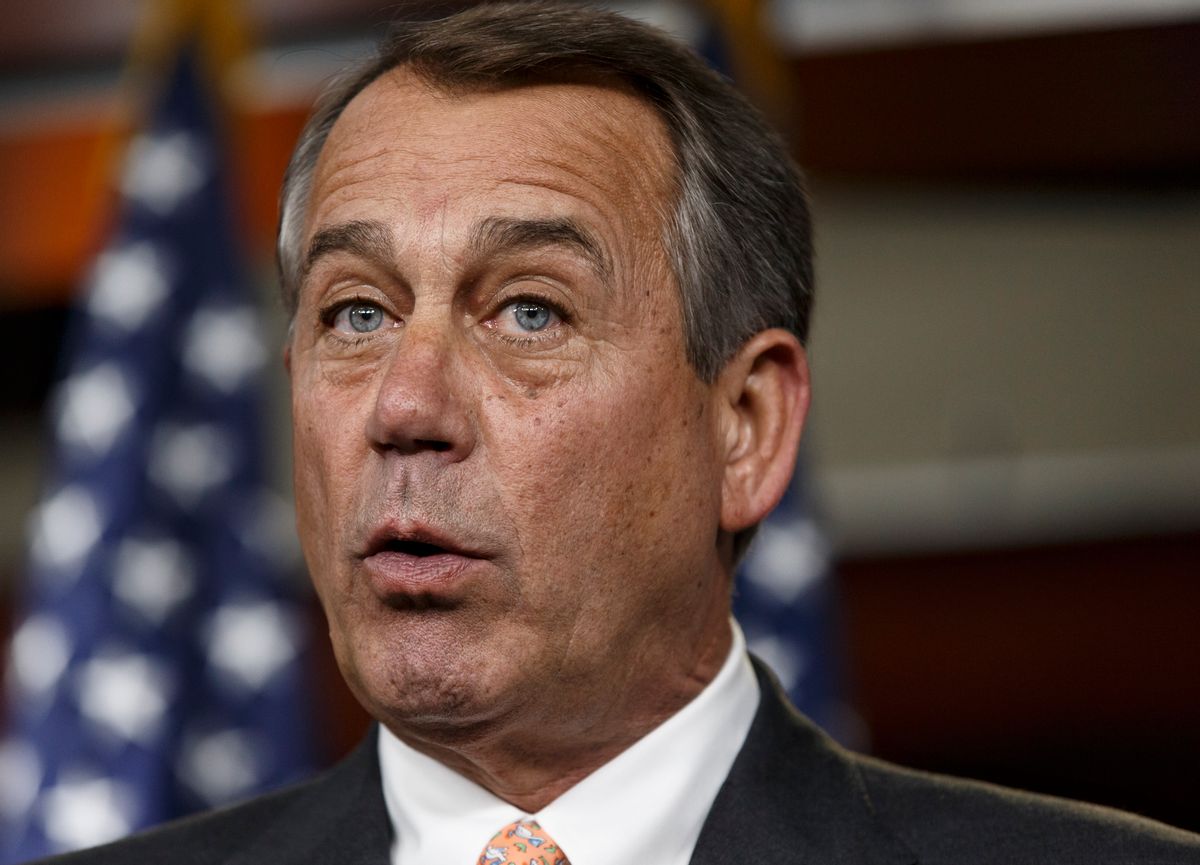 The EPA Monday morning released its proposed rule for existing power plants, which aims for a 30 percent reduction in carbon emissions by 2030. It's being called both the largest action a U.S. president has ever taken on climate change, and yet also reasonable -- almost to a fault, as some are arguing that the administration isn't going nearly far enough. And while no one's had a chance to fully analyze all 645 pages yet, the announcement has already prompted thoughtful, nuanced discussions about the rules' potential impact -- from some. The knee-jerk reaction from the right, on the other hand, is to attack away, with little, if any, attention paid to what the EPA is actually proposing.

Republicans are accusing Obama of bypassing Congress -- which he is, but only because this Congress refuses to act, and because a previous Congress, way back in 1990, gave the EPA authority to regulate emissions that threaten public health. In 2007, the Supreme Court ruled that carbon dioxide emissions count.

They're citing the scary numbers put forth by the U.S. Chamber of Commerce about the projected economic cost of the rule -- numbers arrived at last week, before anyone had seen the actual proposal, and that, as economist Paul Krugman pointed out, wouldn't even be that scary if they were true.

House Speaker John Boehner, meanwhile, has resurfaced footage of Obama saying that "electricity rates would necessarily skyrocket." That's old news: As the New York Times points out, Republicans used the video as campaign fodder in both the 2008 and 2012 elections. In the proposal that we're talking about now, the EPA is projecting that electricity costs in 2030 will be 8 percent lower than they otherwise would have been.

House Republicans are also decrying the return of cap-and-trade, even though the rule doesn't make specific mention of it. Many states are likely to embrace that strategy, but only because it's a good one: A number of officials at electric utilities say they're in favor of such a system. While yes, Democrats in Congress were defeated when they tried to pass a cap-and-trade bill in 2010, Vox reminds us that back in 2008, Republicans were pushing a cap-and-trade plan that made Obama's look weak by comparison.

It's because they fail to engage with any actual data or information, perhaps, that the majority of attacks fail to pack a punch:

If that doesn't scare you, this video published online today from the Republican National Committee probably won't, either: