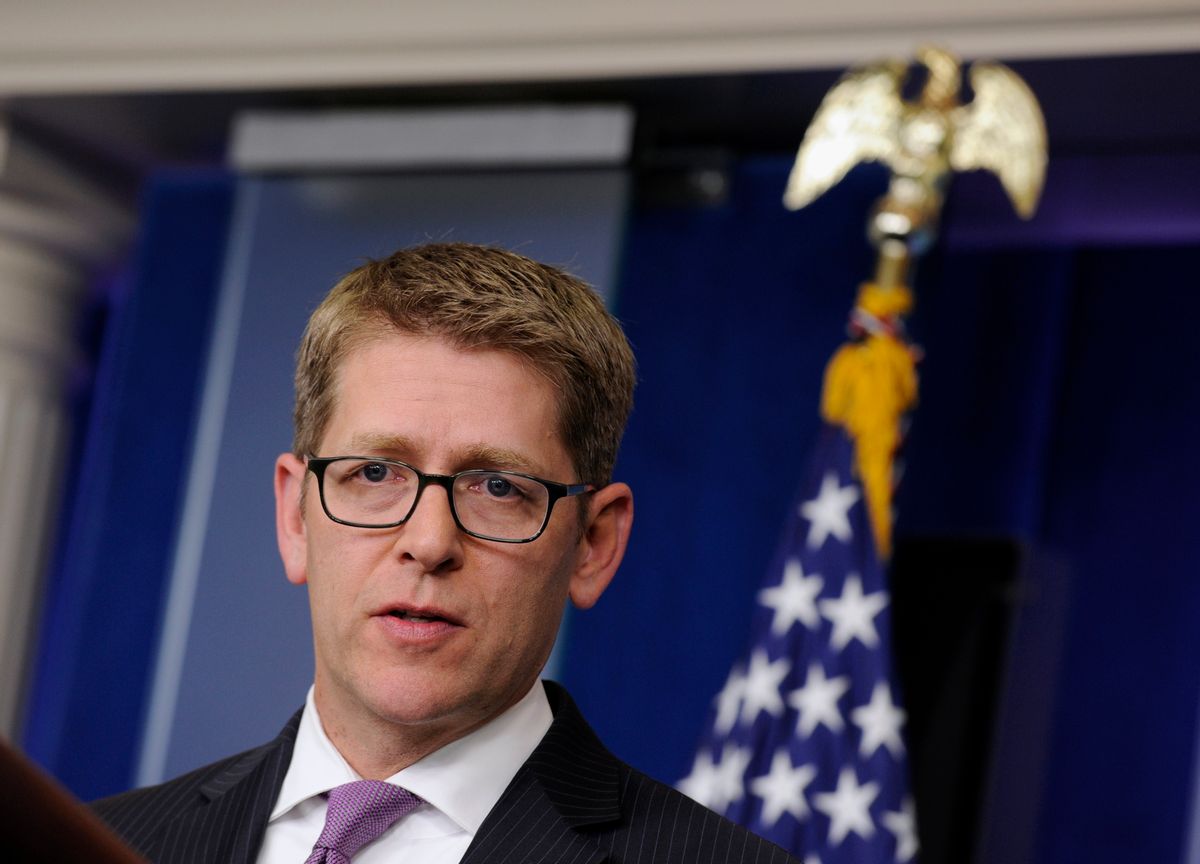 White House press secretary Jay Carney speaks during the daily briefing at the White House in Washington, Monday, June 2, 2014. Carney was asked about the release of Sgt. Bowe Bergdahl from Afghanistan and a sweeping initiative by the Obama administration to curb pollutants blamed for global warming. (AP Photo/Susan Walsh) (AP)
--

Concern mounts that the prisoner exchange for Bo Bergdahl might heighten the risk of other Americans being snatched as bargaining chips.

Scuttling the rules could be easier if Republicans take the Senate in November and then the White House in 2016.

The Syrian opposition and its Western allies dismiss the vote as a farce, questioning the credibility of an election taking place during a raging civil war.

The number of children found trying to cross the Mexican border without parents has skyrocketed — and is expected to top 60,000 this year.

5. THE MAN WHO WOULD BE KING OF SPAIN

6. WHY A HURRICANE'S NAME MATTERS

People fear — and are more likely to flee — male-named storms than female ones, a study finds.

Immunotherapy — which boosts the body's natural ways of attacking tumors — is seeing strong gains against cervical cancer and other forms of the disease.

8. WHO'S HEADING TO A GALAXY FAR, FAR AWAY

Oscar-winner Lupita Nyong'o is joining the cast of "Star Wars: Episode VII." When the film's principal cast was announced last month, the lack of women raised some eyebrows.

Among other changes, Apple is expanding the iCloud for users to store and sync files of any type.

10. WHAT ODDS HORSE BREEDERS ARE BUCKING

One expert says there's just a 50,000-to-1 chance that a horse like the Triple Crown will ever emerge again from such humble bloodlines.