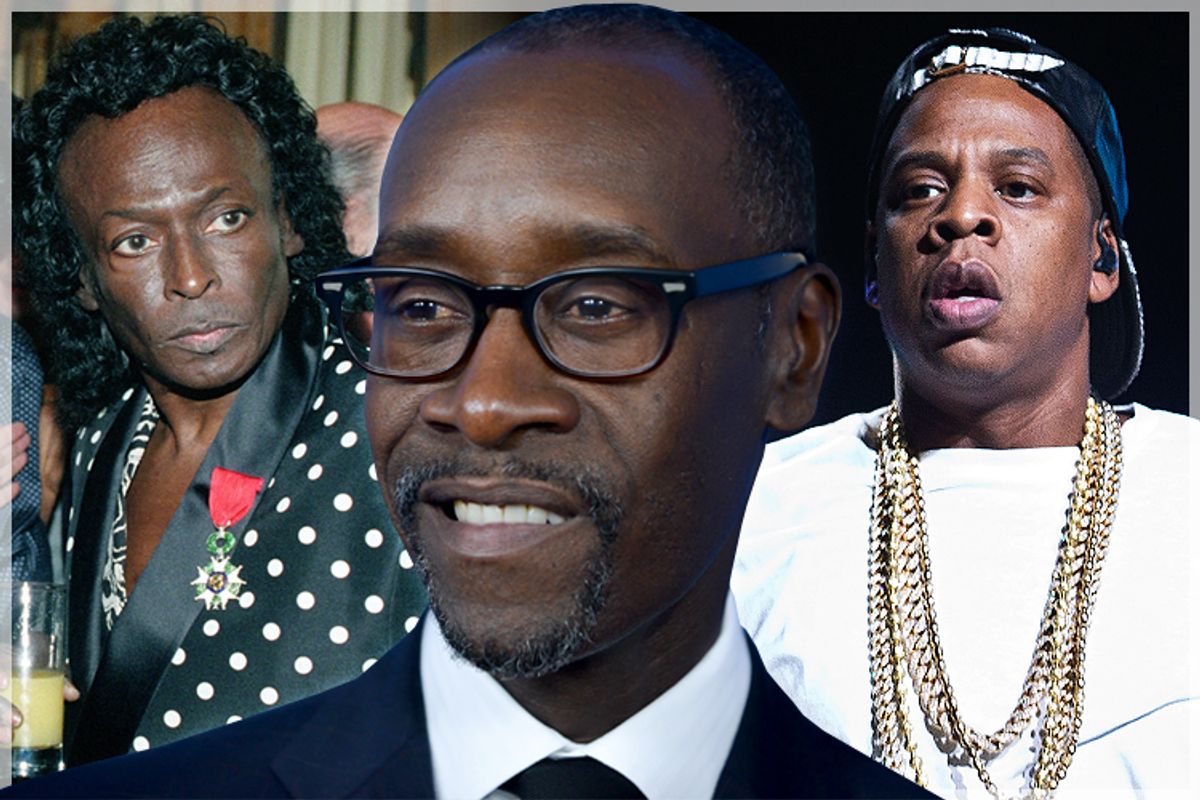 At the time of this post, actor Don Cheadle is up about ten grand in his crowd-funding campaign to raise $325,000 for his directorial debut, a Miles Davis biopic. The enthusiastic first time director stresses that the soundtrack will be a major component of "Miles Ahead," but doesn't directly address which, if any, original Davis music has been licensed for the production. Instead, Cheadle talks up musical consultants Herbie Hancock and Robert Glasper, and playfully dangles the involvement of a whole slew of more contemporary hip-hop artists like Jay-Z, Nas, and Kendrick Lamar.

Don Cheadle is a well known hip-hop head who lived through the jazz-sampling fury of the '90s, so it makes sense that he would appeal to younger audiences through that lens. Surprisingly, though, relative to the plunder of music by jazz artists such as Lou Donaldson and Bob James, much of Davis' output somehow survived rampant appropriation. (I'm going to hypothesize that his estate's legal team have something to do with that.)  A reasonable search reveals a handful of high profile hip-hop artists who have dared to dig into Miles' Davis back catalogue for loops, and even those borrowed fragments are thoroughly camouflaged.

In 1989, Gang Starr's DJ Premier wholly jacked Davis' "Night in Tunisia" for one of the group's most memorable singles.

Black Moon's sound couldn't possibly have gotten any harder by the time they sampled "Bitches Brew" for "Niguz Talk Shit" in 1993.

The Notorious B.I.G. featured Puffy (now Diddy) over a sample of Davis' "Lonely Fire" for his "Suicidal Thoughts" in 1994.

Spike Lee's '94 "Crooklyn" soundtrack features a sample of "It's About That Time" in "Crooklyn Dodgers," also produced by Premier.

And, as recently as 2006, Diddy returned to the well to muddy up his dance sound with Davis' "Spanish Key."