Muslim women don't need you to "save" them: Farzana Parveen and the media's erasure of Muslim feminists

Want to combat the contagion of violence against women? Drop your hero narrative, stop talking and start listening 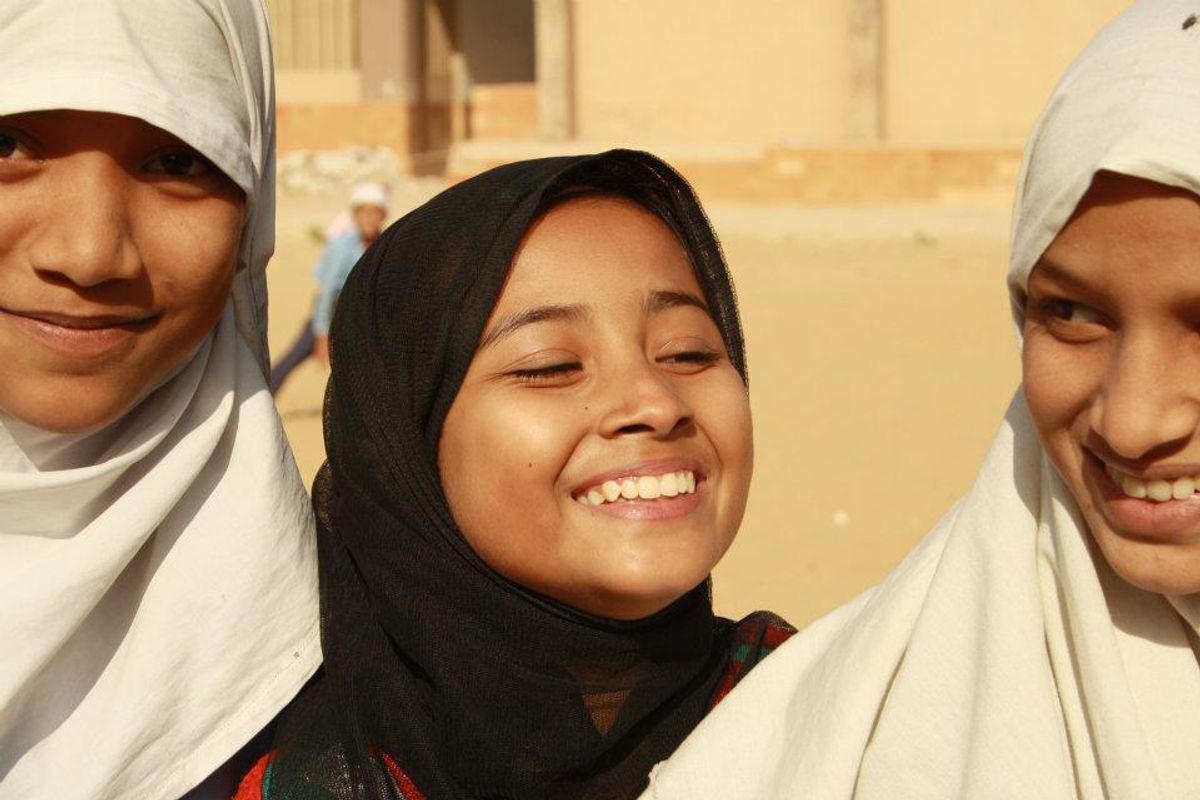 I first met Rasheed in 2007. As we walked into a school building, he smiled ruefully at the bricks strewn across the floor, played with his long beard, and said, “It’s under construction. We have too many students and not enough space.”

Afterwards, we drank a cup of sweet milky tea in his office and Rasheed told me about life in Karachi for the Pushto-speaking community, many who had come to the city as refugees from earthquakes and flooding. Rasheed ran a school and was also an elected representative of the Awami National Party.

The next year, during a long, hot summer, he brought a van full of his female teaching staff to learn English with me. The girls, some as young as sixteen, came from the Pathan community. When I went to their homes for tea, I noticed beards and shirttails disappearing behind closed doors as the men and women were kept in total purda from each other. Parents, despite cultural norms, had been convinced by Rasheed to encourage their daughters to pursue education. Rasheed often fondly looked at the shy, giggling young women and said, “I have dreams for them to succeed one day, I want them to be leaders.”

I saw him for the last time in December of 2012, when he came to congratulate me on my wedding. “You must come back again,” he said, smiling, “Although the politics are bad these days. Insha’allah, soon, you will be able to come teach our girls English again.” Only months later, Rasheed was dead. Blown up by a Taliban hand grenade brought into his school during an assembly. One child had lost her legs and many others had been injured. Violence, like the many-headed mythical Scylla, had consumed another person in Pakistan.

I thought once again of Rasheed while reading about Farzana Parveen, a 25-year-old woman who last week was stoned to death on the steps of the Lahore High Court. Some may have forgotten that hers was not a unique case. Honor killings occur with startling regularity in Pakistan -- and, perhaps less obviously, in many other countries where they go unreported. Yet, when covering only one crime in thousands, there are a few things Western media conveniently forgets when discussing violence against women.

One commonly held-myth seems to be that Muslim women require saving by direct intervention by Western forces. Used as one of the justifications for invading Afghanistan -- who can forget the iconic burqa woman -- this fallacy ignores both indigenous efforts to reform and the foreign interference which led to fundamentalist power in the first place.

Muslim activists and religious leaders have openly campaigned for years for women’s rights and against honor killings. Grassroots, female-led organizations such as the Aurat Foundation, Shirkat Gah, APWA, and, internationally, WISE, exist to promote the rights of Muslim women and have been functioning for decades despite political instability.

The selective media narrative expands to include the evils of Islam’s stances on women -- this, again, despite protests and condemnation from Muslims of both genders against violence. While it is convenient in a 24-hour news cycle to ignore the endemic issues related to honor killing and violence against women, it is perhaps necessary to acknowledge that Islam is neither monolithic nor are fundamentalists indicative of every (or even most) Muslims.

Muslim women in both developed and developing countries are leading discussions revolving around patriarchy, Qur’anic interpretation, and fundamentalism. Conversations and research related to the covering and sexuality of women are ongoing, and female scholars of Islam are questioning long-held beliefs. Yet the one-dimensional veiled damsel-in-distress narrative continues to dominate.

Most importantly, this narrative ignores the stories of people like Rasheed. It is simple to sensationalize a story and dismiss Muslims as barbarians who stone their women. It is even simpler to reduce the issues of horrific violence against women to simple culture or, even more easily, religion. This ignores the endemic socioeconomic, political, cultural, and psychological factors that need to be addressed when discussing honor killings.

Assuming that anyone, particularly women, are respected and safe in a destabilized conflict zone is almost laughable. The number of murders in Karachi alone stood at 2,000 in 2012. The danger to the lives of women (and men) who struggle to promote women's rights -- because of the poverty, violence, and destabilization in their countries -- is frequently overlooked or ignored by media coverage unless it provides a self-aggrandizing, juicy narrative. Meena Kamal, the founder of the Revolutionary Association of Women in Afghanistan, was assassinated in 1987. Nabeela Rehman, a nine-year old Pakistani girl, came before congress to testify about the dangers of drones and was largely ignored.

Choosing only a few stories and ignoring the rest devalues the lives and work of those on the ground. It devalues the danger to women (and men) who work for these rights as Muslim feminists in the developing world. While Rasheed might not have called himself a feminist, the label was unnecessary for someone who lived and died supporting women’s rights.

Return trips to Pakistan, for me, always include a visit to a makeshift taekwondo club where young girls in white uniforms are learning to kick. Two years ago, two of the girls -- only eight and seven -- defended their household from a robbery. Their father, a construction worker, was so proud that he walked about for days bragging about his warrior girls.

The leader of this troupe is Master Mohammed Siddiq, a taekwondo teacher who brought martial arts to the underdeveloped areas of Karachi and encourages all the girls to learn and compete on a national level. Master Siddiq, standing barefoot on the concrete floor, smiles shyly and says, “I want them to be leaders.”

The girls are also learning cricket and, just last week, went to meet the captain of the Pakistan women’s cricket team. They are still jumping up and down to tell me about the experience. “She’s so STRONG!” they say.

Rather than condescending coverage and dismissive rhetoric, perhaps it would be of more value for us to understand that where there is one woman in danger, there are thousands. The little girls I see every time I go to Karachi are all in danger. Perhaps, rather than one story, we begin covering all of them. Perhaps we begin asking what we can do to assist the efforts already underway whether that help is donations or advocacy efforts.