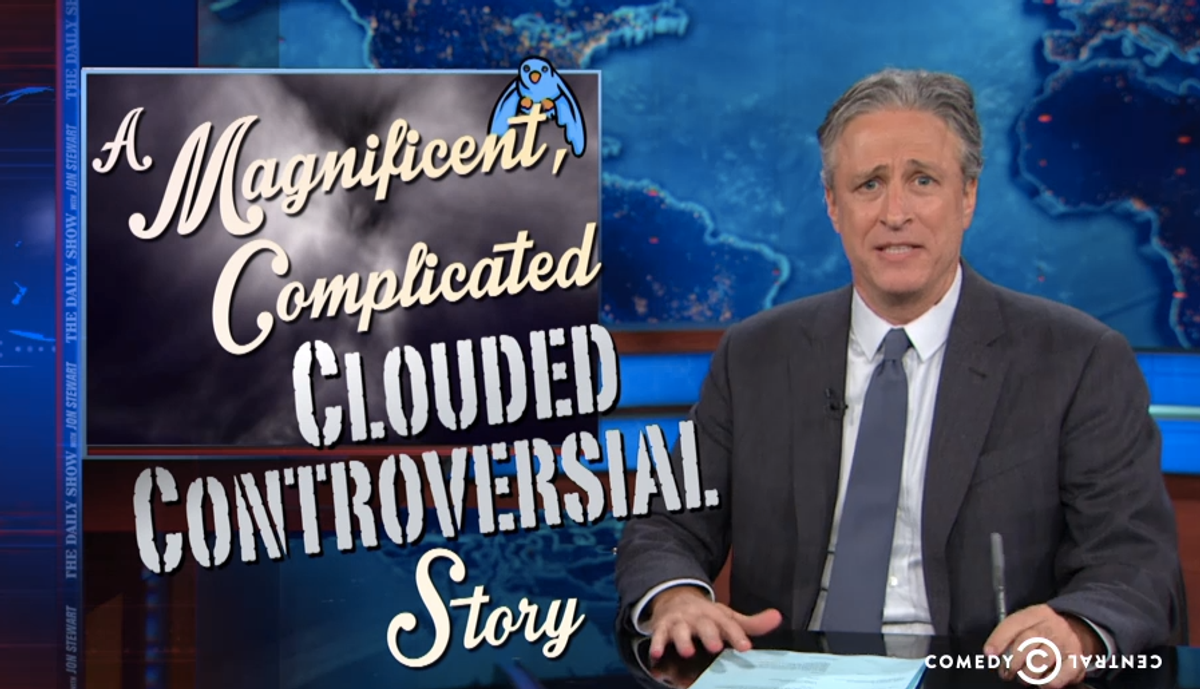 What was hailed to be a "magnificent, wonderful story" of the homecoming of a prisoner of war has, in three days, become a scandal mired with accusations of treason and questions of legality -- and Jon Stewart is relishing every nasty turn in the exploding controversy.

Army Sgt. Bowe Bergdahl, America's only known prisoner of war in Afghanistan, was released after five years of captivity. It was a shining moment for America, both the left and the right agreed, until it was reported that his freedom came at the cost of releasing five Taliban leaders imprisoned in Guantanamo Bay. And the controversy grew when it was alleged that Bergdahl was not a hero, but a deserter.

Stewart, meanwhile, laughs at the circus that the media and America's politicians have found themselves parading in yet again. Almost overnight, Bergdahl's release went from a cliched display of American patriotism to "an absolutely terrible, disastrous calamity that is the single worst thing we as a country have ever done, and yes, that includes when we gave syphilis to prisoners." Well done.