Though no direct causation can be proved, the FCC comments system went down after Oliver's impassioned monologue 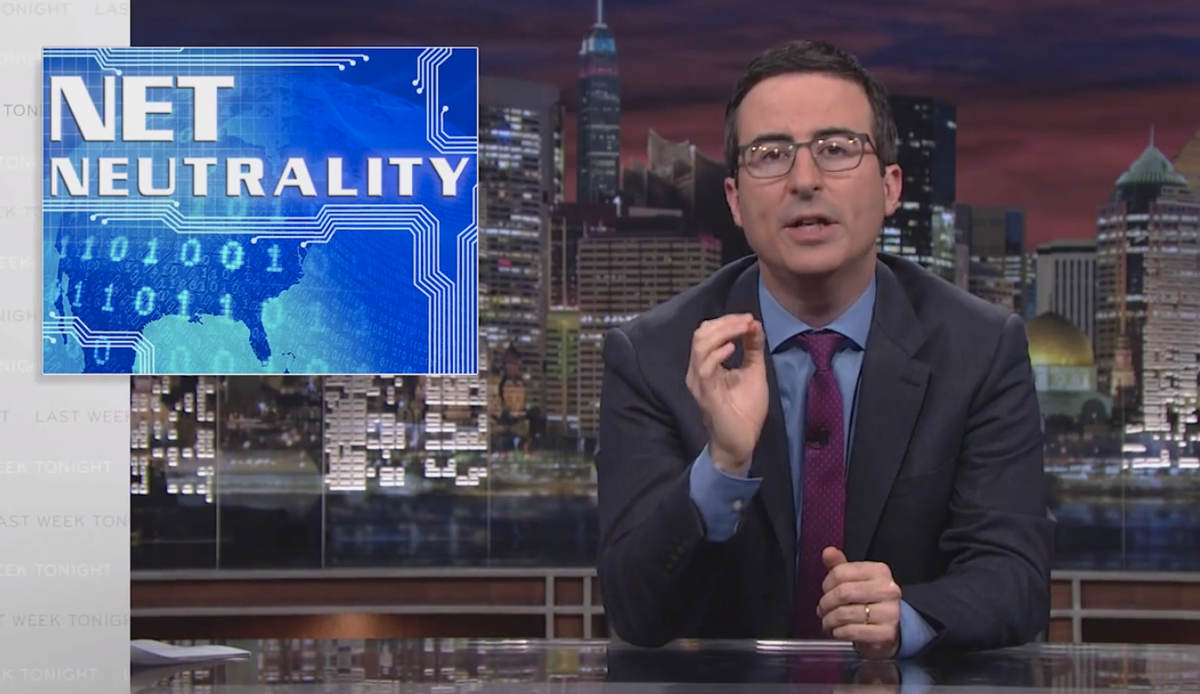 On Sunday's episode of "Last Week Tonight," John Oliver made a 13-minute-long impassioned speech about net neutrality. At its close Oliver urged Internet users, who excel at commenting, to file a public comment on the Federal Communications Commission website, demanding the continuation of a free and open internet.

No direct causation can be made between Oliver's rant and the spike in comments. What is known is that in the two days following the speech, the system received 22,257 comments, according to Mashable. Prior to this weekend the site had 25,000 comments. The FCC comments section for "Protecting and Promoting the Open Internet" currently has 45,193 total comments from the last 30 days.

The period of public comment opened on May 15, the same day that the FCC passed a proposal to create new rules concerning the Internet and net neutrality. According to the Wall Street Journal, the time for public comment ends on June 27. Comments can be filed here, or sent to openinternet@fcc.gov.

In January a federal court sided with Verizon in Verizon v. FCC, and struck down two 2010 FCC rules from the Open Internet Order. However, the struggle for net neutrality began in ernest on February 19 when the FCC decided not to appeal this case.

The FCC is in the process of solidifying new rules, and since then, the possibility of a two-tiered Internet has loomed. Without net neutrality, broadband companies could charge Internet companies more money for faster speeds and create an unequal playing field for both start-ups and customers.

Since February, over 64,000 comments have been filed to the FCC, according to Mashable, and over 300,000 emails have also been sent. For those who have yet to see John Oliver's epic monologue, it can be viewed below: