That video game Obama praised in his Poland speech is full of blood, gore, and sex

Obama invoked The Witcher, a game about a monster-killing albino, to explain Poland's place in the global economy 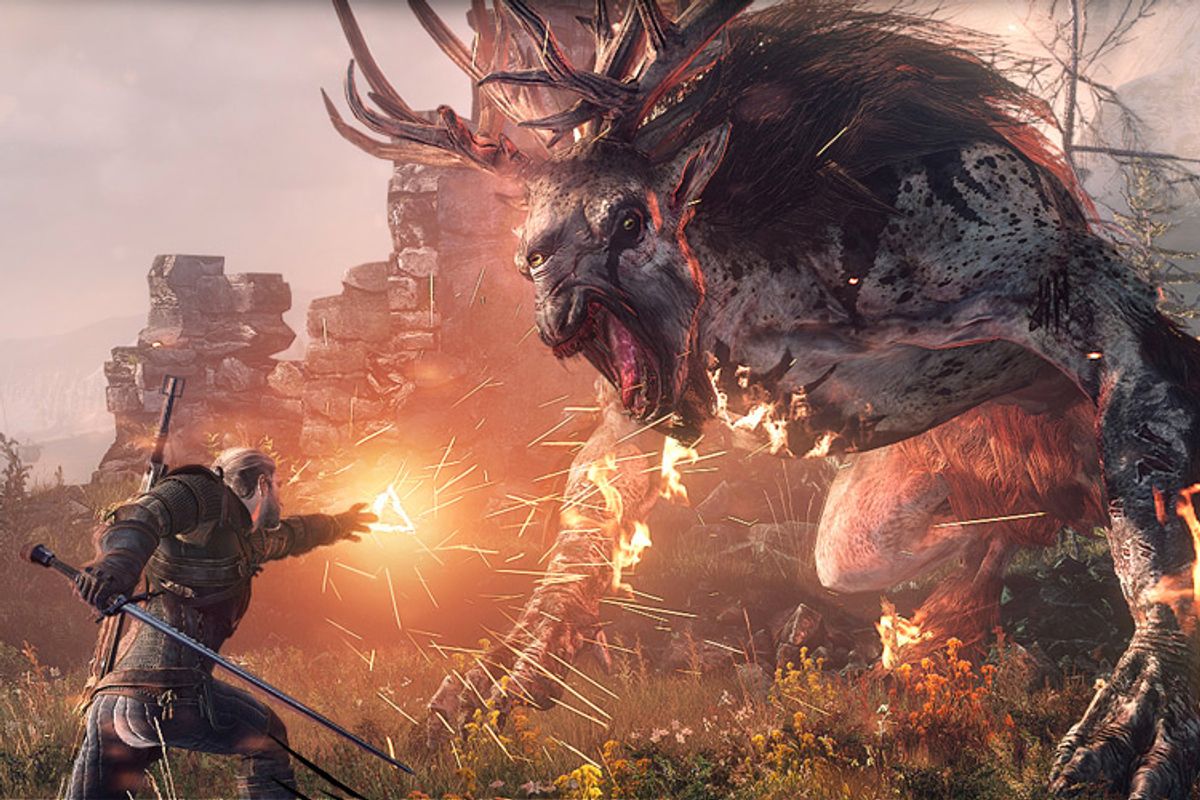 The annual videogame trade show E3 starts next week, but the upcoming game The Witcher 3: Wild Hunt has already scored a press coup: a name-drop from the President. Obama mentioned The Witcher 2 yesterday during a speech in Poland, where the game is made, as a symbol of Poland's place in the global economy.

The thought of a president talking about a videogame is weird enough, but for it happen with a game like The Witcher breaks through all boundaries of common sense.  Apparently the secret to getting Obama to indirectly promote your game is having another head of state give to him: Polish prime minister Donald Tusk gave Obama a copy of The Witcher 2 during a state visit in 2011. The White House hasn't revealed what the President did with that copy, but it's clear from his statement that he didn't play the game himself. Maybe if you check the used racks at the Gamestops in DC you'll find a little piece of 21st century diplomacy.

Obama’s quote, in full, as reported by Poland’s TVN24 and translated by The Witcher’s PR firm:

The last time I was here, Donald gave me a gift, the video game developed here in Poland that's won fans the world over, The Witcher. I confess, I'm not very good at video games, but I've been told that it is a great example of Poland's place in the new global economy. And it's a tribute to the talents and work ethic of the Polish people as well as the wise stewardship of Polish leaders like prime minister Tusk.

There’s no Wikipedia entry on what videogames have been mentioned by a sitting president during an official state appearance, but it has to be a short list, and The Witcher has got to be the most obscure name on there. It’s not that The Witcher games are unknown in America—the first two are cult hits with a vocal fanbase. They’re popular with critics and beloved by many gamers, but they’re not nearly on the level of awareness or success as Call of Duty or Grand Theft Auto. So what is this game, and why would Obama feel the need to chat about it?

The Witcher games are made by CD Projekt RED, a development studio based in Warsaw. They adapt Andrzej Sapkowski’s series of fantasy novels about a supernatural bounty hunter named Geralt of Rivia, a magical albino antihero who kills monsters in a nasty, brutish world based on Polish myth and folklore. Geralt could be a character out of "Game of Thrones": He’s a cynical loner who operates under his own sense of honor, a warrior outcast who passes as a hero because the bad guys are so much crueler than he is. Players navigate Geralt through morally ambiguous adventures, hacking up enemies and bedding ladies in a role-playing game for adults.

An opportunistic young right-wing operative could make strides toward that Fox News dream job by turning this into a culture war issue. The Witcher games fully embrace the game industry’s Mature rating. The Witcher 2 earned an M for, among other content issues, “blood and gore,” “nudity,” “strong sexual content,” and “use of drugs.” It’s the type of subject matter that wouldn’t be that controversial in novels, but makes self-appointed cultural guardians turn red-cheeked with anger (and ambition) when translated into a game—even one marketed to adults. If a conservative site crafted a pithy headline tying Obama to The Witcher’s content, that all-important Drudge link would be assured.

The Witcher games aren’t just “mature” in the salacious sense, though. Some of that content might be gratuitous, but the games are also smarter and better written than most videogames. Part of that is their literary inspiration. The admittedly low standards of the writing in most major videogames are also a factor. The Witcher games aren’t subtle, but their storytelling is more nuanced than most games, and Geralt is more complex and fascinating than most game heroes. He’s not another faceless soldier or surly white man looking for revenge—he’s a tragic hero in a drama that might be bloodier and more sex-filled than a Jacobean play.