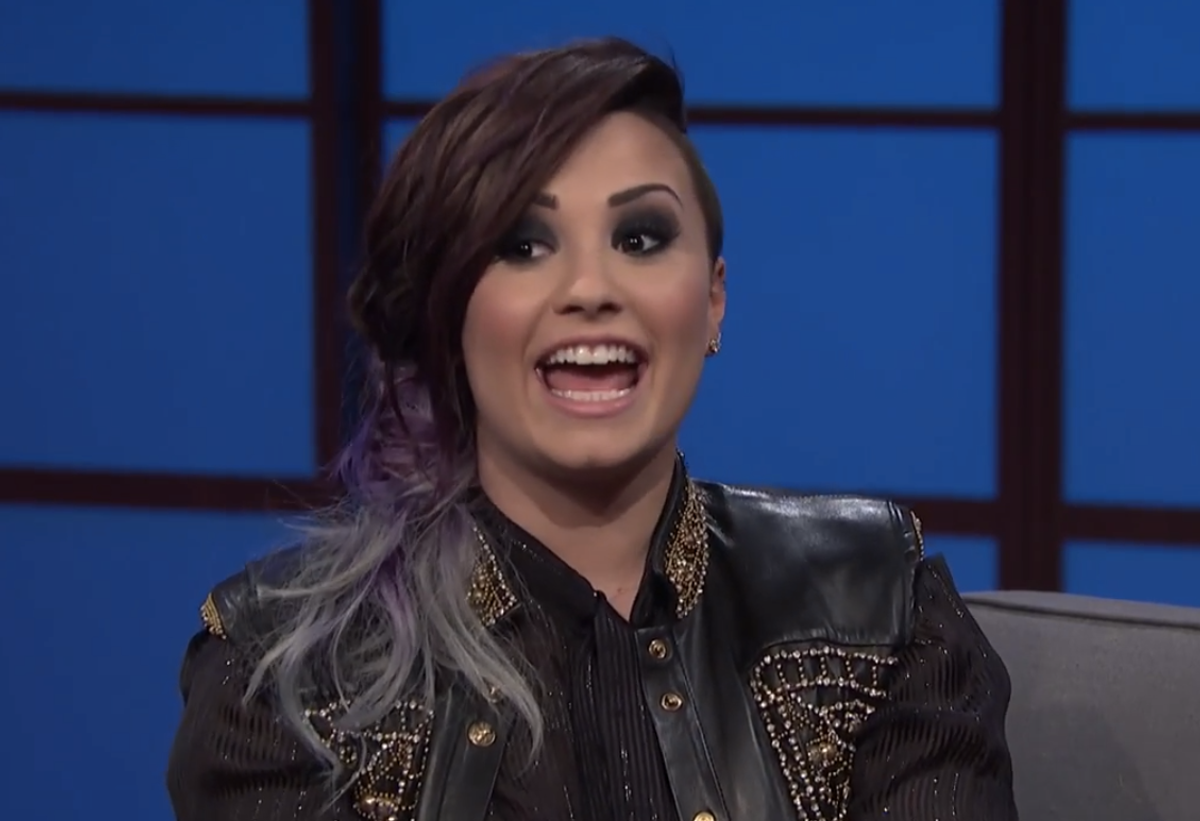 Last night Seth Meyers interviewed singer Demi Lovato, and of course they discussed her belief in aliens and mermaids. "I'm also, just like, a huge fan of conspiracy theories."

Belief in alien life isn't so completely far-fetched. Belief in alien mermaids living in unexplored areas of the Indian Ocean, however, doesn't have Meyers at all convinced. Lovato explains that she saw a "really convincing documentary" about mermaids. "'The Little Mermaid'?" counters Meyers. Unfortunately, this documentary was retracted. "Because of the mermaid lobby?" Meyers quipped.

"This is the most fun I've had in an interview," Meyers said about the conversation. And it is pretty darn fun to watch:

According to a new study, Lovato is not alone in her belief in conspiracy theories -- though the theories studied were not about alien mermaids, they're  political in nature.

A conspiracy theory is a theory that, when refuted with evidence, only adds to the conspiracy -- the evidence is just in on the conspiracy. According to reports from NPR, researchers Eric Oliver and Thomas Wood at the University of Chicago found that around 50 percent of the country believes in at least one conspiracy theory. NPR's social science correspondent Shankar Vedantam reported:

"So 19 percent of Americans believe the U.S. government was behind the 9/11 attacks. 25 percent believe the recent financial crisis was caused by the small cabal of Wall Street bankers. 11 percent of people believe the government is mandating a switch to compact florescent light bulbs because the light bulbs make people obedient and easy to control."

Though we don't know why Lovato is so taken by mermaid conspiracy theories, the study may give us some answers on why people buy into the political ones. The abstract of the study, which was published in the American Journal of Political Science states:

"In contrast with many theoretical speculations, we do not find conspiracism to be a product of greater authoritarianism, ignorance, or political conservatism. Rather, the likelihood of supporting conspiracy theories is strongly predicted by a willingness to believe in other unseen, intentional forces and an attraction to Manichean narratives."

"It turns out the consistent predictor of such beliefs is something that you might almost call an All-American attitude - a belief in individualism, distrust of authority. And together those things translate into a desire to avoid being controlled by large secret forces."