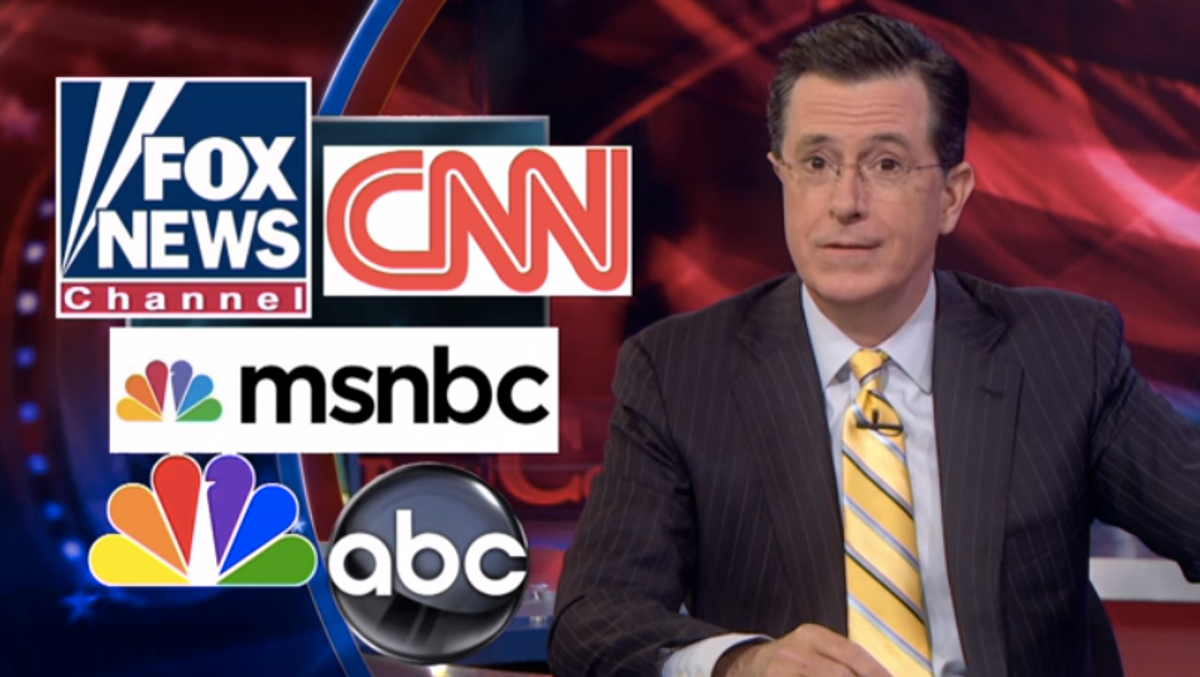 Stephen Colbert is very sorry that he's not delivering on his promise to "feel the news at you" with his gut. Turns out that all the other cable news networks are less hard-hitting than his comedy program, according to a recent study by the Annenberg Public Policy Center. The study found that, thanks to his super PAC, "Colbert" viewers have a better understanding of campaign financing than viewers of cable news do. The comedian is mostly saddened for America by this, remarking, "the bar of lowness has been set very high." He also has some words for Fox News: "If you want your viewers to have a better understanding of your editorial position, they need to see you sucking Ted Cruz's balls." Solid advice. But where will America get its news once Colbert moves to the "Late Show"?