Salon spoke to the actress about "The Moment," partying at Burning Man, and moving on from "Arrested Development" 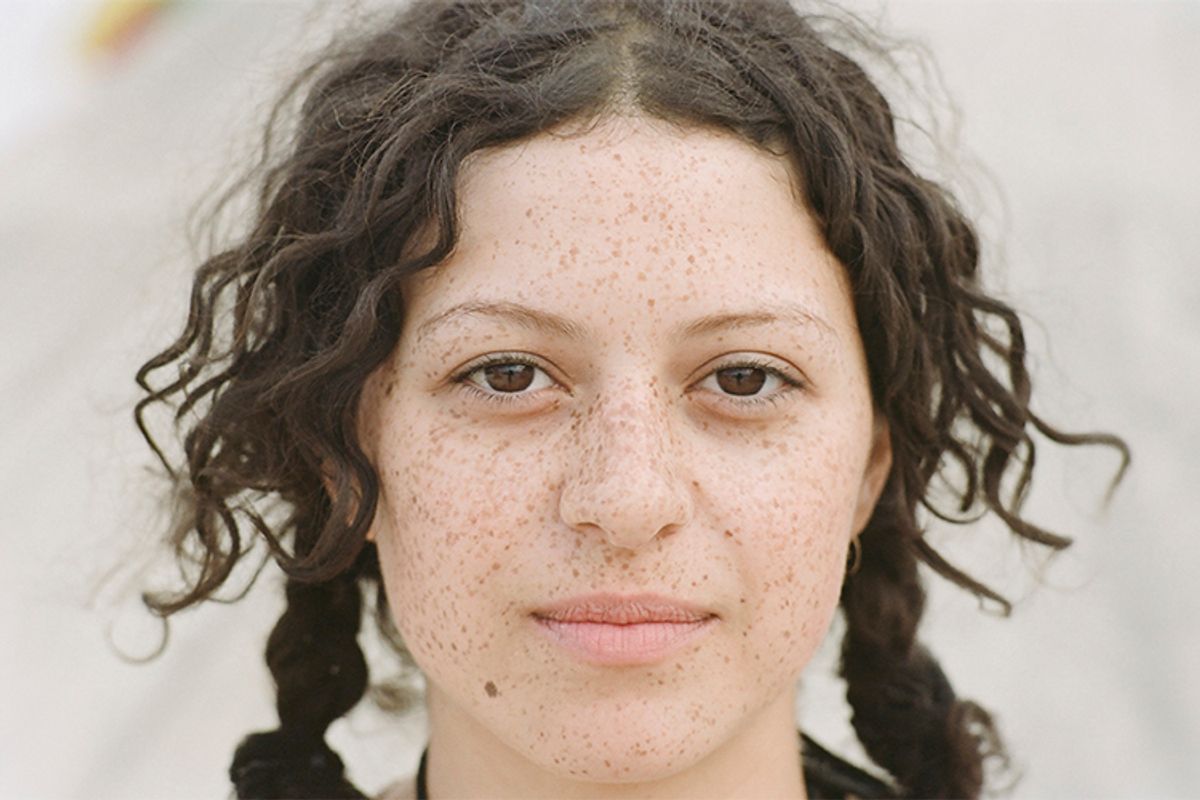 Alia Shawkat is best known for playing the droll Maeby Fünke on “Arrested Development.” But she has been cracking wise and stealing scenes on the big screen for years: as Bree, a prostitute in “Cedar Rapids,” as roller derby girl Ellen Page’s BFF in “Whip It,” and as a Palestinian relative in the underseen “Amreeka.”

Shawkat shines in two films currently in theaters that both showcase her talent for playing tough characters who conceal their vulnerabilities. In the mysterious psychological drama “The Moment,” Shawkat plays Jessie, a photographer whose mother, Lee (Jennifer Jason Leigh), a war photographer, is recovering from a trauma. Both mother and daughter connect with a man (Martin Henderson) who plays an important role in both their lives. And in “Night Moves,” Shawkat has a small but vivid turn as Surprise, who works on an organic farm and flirts with the troubled Josh (Jesse Eisenberg).

I’ve always thought of you as a character actress in the Eve Arden mold — smart and sarcastic, but not always the center of attention.

It’s a strange combination of the parts that I’ve been lucky to play, and timing. But what comes across in an actor’s performance is often reflective of their qualities, and the scripts I’m drawn to are those roles where the characters are working through something.

What are you working through?

Personally? Ha, I don’t know if that’s interesting. As an actress I’m working through expressing myself artistically. Loving myself, appreciating the people I surround myself with, and having these connections. Being open to meeting new people — dumping energy and saving it for when I am on set. That’s the challenge and what I love about this work. I want to play leads, but it’s the characters I’m drawn to. I’m writing more because having the side character as a voice of reason is better than the ingénue. I like to analyze and think about things.

In “The Moment,” you play a daughter who loves her mother dearly in one moment, and practically despises her the next. What experiences did you draw on to create that character?

I pull on personal experience, or a friend’s experiences. I have a good relationship with my mom, but it’s complicated. I pulled on a relationship I had with a girlfriend where I was dependent and she betrayed me. Was I giving too much? I’ve had weird, unhealthy relationships. Jessie has trust issues, and she is trying to act older than she is, but she turns into a kid too. She doesn’t have respect for her mom, but wants her mom’s approval and lashes out at her.

Who wanted her parents’ attention, not their approval.

What else do you identify with when it comes to the mother/daughter relationship in “The Moment”?

When it comes to the dynamic of Jessie and her mother, and with Jessie being [sexually active], I reflect on the partners I’ve had in my life. Jessie feels competitive with her mother — by being a photographer, and having more anger in her work, and feeling not as good as her mom, who is someone who chooses work over her. My parents weren’t like that, but my mom’s father was an actor, and she talked about her parents focusing more on their careers than on their kids. My parents made me their priority. That ties into how Jessie feels: she is competitive with her mom.

You play a photographer in “The Moment” and you are often photographed in the film, from self-portraits to your mother’s photo shoots. How do you feel about posing and being posed?

When I first started in the business, I was 9, and I did a Calvin Klein catalog. At the photo shoot there was a teen who was really beautiful. I told my mom I wanted to act, not be photographed. Photography is beautiful, but I am uncomfortable with it. Film is a whole other thing.

The actor Jean-Marc Barr takes great photographs, and he showed me a close-up photo he took of you from Burning Man.

I went for the first time last year with friends who had been several times before. They told me what to bring and do, and I had the most amazing time. It’s a whole world you can’t believe exists. You have all these preconceived notions of it, but you never really know until you go. Jean-Marc is a beautiful, amazing person. I have a hard time looking at photos [of myself], but when I saw the photo he took, it captured my mood there — this freedom and being open and connected. Everyone there is there to connect. We forget that in this world, where we want to make money and be competitive. Because I built a friendship with him, and we were connected, his photo captured me.

Do you pursue any hobbies like photography when you are not acting?

Something that has become prominent for me is painting. I have a website and sell my paintings. I have had shows in Paris, Los Angeles and Mexico City. Anytime I’m not working, I’m painting. It’s a passion I have. You are alone and it’s intimate, and it is like writing about a dream. I do graphic cartoons — abstracts like Ralph Steadman.

Do you ever get frustrated that so many people know you as Maeby Fünke?

Actors are hesitant to be associated with one character. But I’m so thankful and lucky to have been cast. It set the bar high for good writing, and getting scripts like that at 16 and 17 was great. It developed careers for Michael Cera and me. People are starting to recognize me more for other things. I’ll always wear that label [of Maeby]. It introduced me to comedy and directors and writers and helped me make friends and make indie films. I’m really proud of it and love it, but it is strange that people talk to me about something I did when I was 14. It’s a whole other part of my life.

“The Moment” is a complicated drama. Do you ever feel pressure to be funny?

I think that there is a natural instinct to be sarcastic, especially after doing “Arrested Development” and “State of Grace,” which was a comedy/drama. I think there’s comedy in everything. The film I’m in now is spiritual, but there is comedy. “The Moment” is one of the heavier films I’ve done, and it’s draining to be on shoots like that; it affects everyone. Lighter films, you have a different energy. I want to do dark comedy because that’s what I like to watch. I love the Coen Brothers’ “Burn After Reading.” That style of mockery in darkness is beautiful to me.