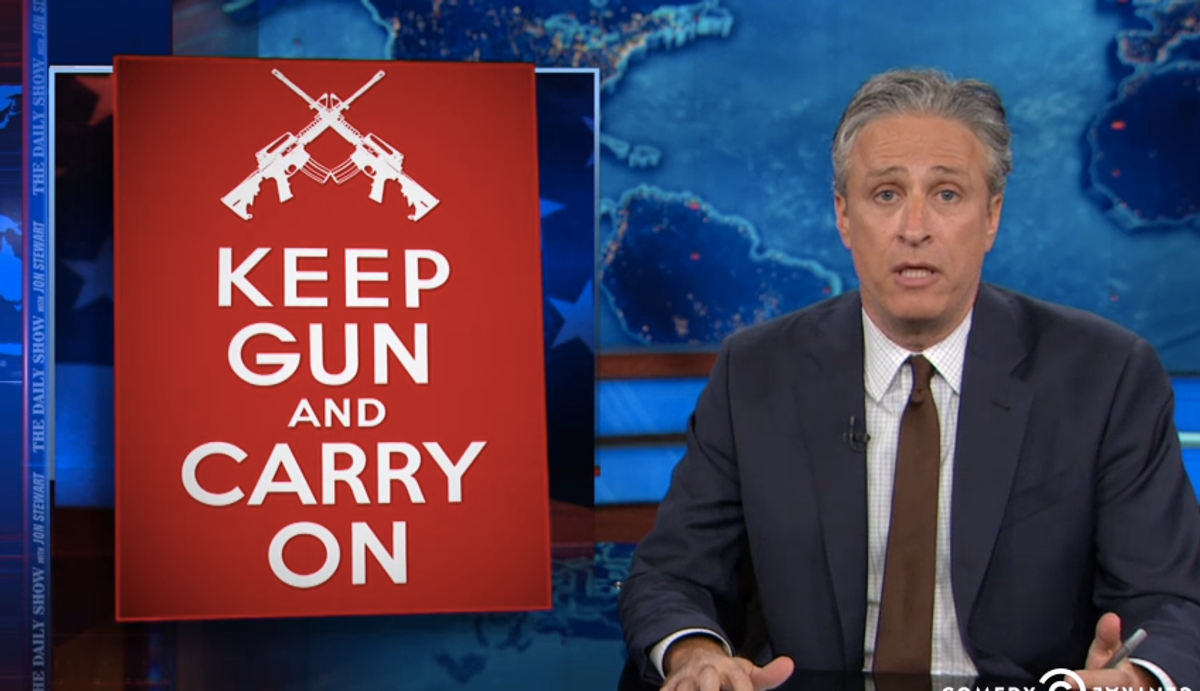 While the rest of the country is still in shock over the recent mass shootings in California and Oregon, Texas residents have the added burden of dealing with Open Carry members who want to bring their guns to Chipotle, Chili's and 7-Eleven. Or, as Jon Stewart put it on Thursday night, "Now you gotta deal with an AK-carrying constitutional absolutist performance artist in a trilby."

For the second time since the Open Carry Texas members began their recent demonstrations, Stewart explained why their right to carry doesn't trump everyone else's right to feel safe in public: "You, as an Open Carry Guy, may know you're a good guy with a gun. But members of the National Everybody Else Association, may have no idea. It's kind of why the police wear uniforms. So they don't have to spend their entire day going, 'EVERYBODY IT'S OKAY! I'M A GOOD GUY!'"

But remember, as the NRA's Wayne LaPierre will tell you, "the only thing that stops a bad guy with a gun is a good guy with a gun." After all, "good guy" and "bad guy" is just a technicality we can all figure out later -- just ask Florida!