Put your hands together for Wal-Mart, guys, for making the world a happier place," he said. 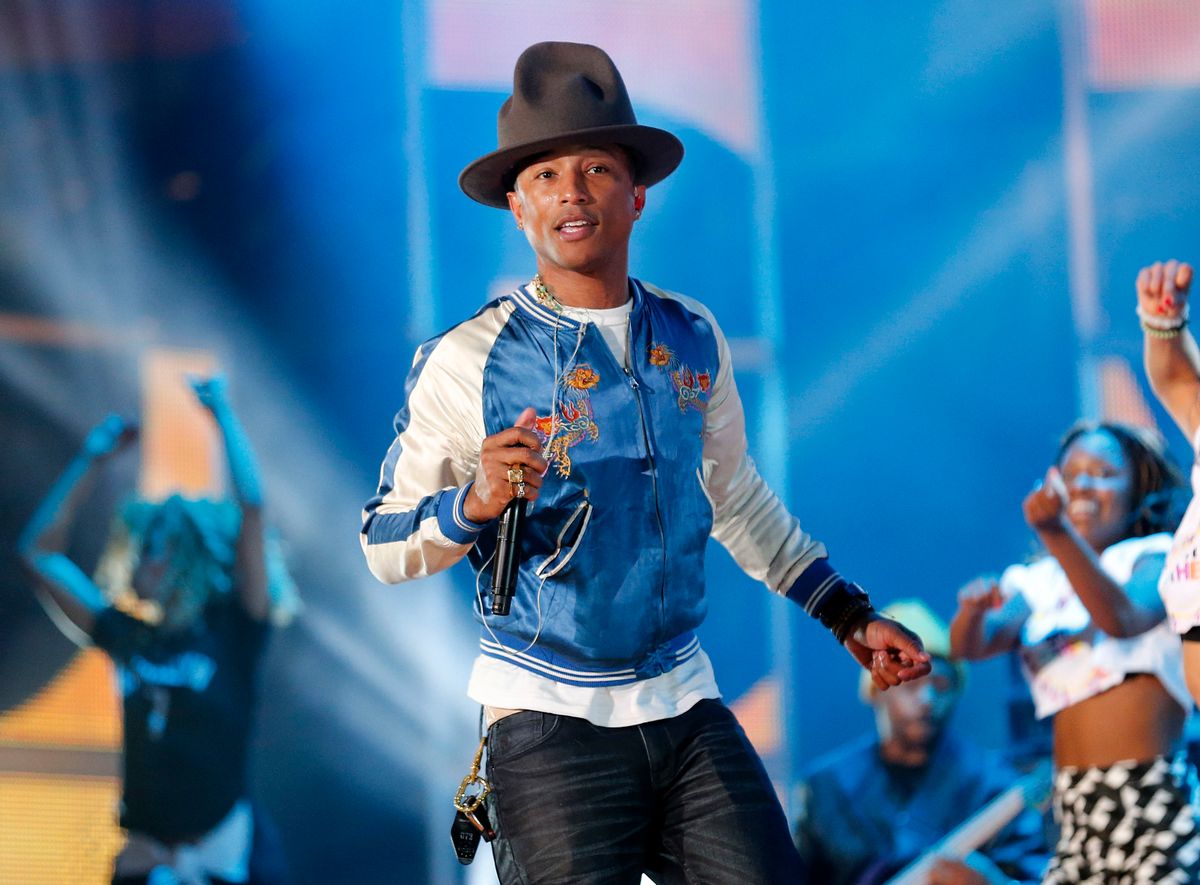 Pharrell Williams has wrapped up a week of controversial appearances with one more controversial appearance. After giving a bizarre interview about feminism to BBC's Channel Four and angering his fans by wearing a Native American headdress on a magazine cover, the singer was one of a handful of entertainers to perform at corporate monster Wal-Mart's annual shareholder meeting.

Though workers across the country have been protesting the company's low wages and working conditions pretty heavily, "Happy" was the emotion of the hour as Pharrell kicked off the meeting at 7 AM with his signature song. When he left the arena stage in Fayetteville, Arkansas, filled with 14,000, he said without a trace of irony, “Put your hands together for Wal-Mart, guys, for making the world a happier place.”

Harry Connick Jr., Robin Thicke, Sarah McLachlan, Aloe Blacc were among the other celebrity entertainers. Too add insult to injury, MSNBC reports that they probably didn't get paid for the gig: "Bringing in celebrity guest hosts is an annual tradition for the company, which typically does not pay performance fees for those appearances." The secret to being "Happy" is to be so rich that you can do what you love, for free. Got it.