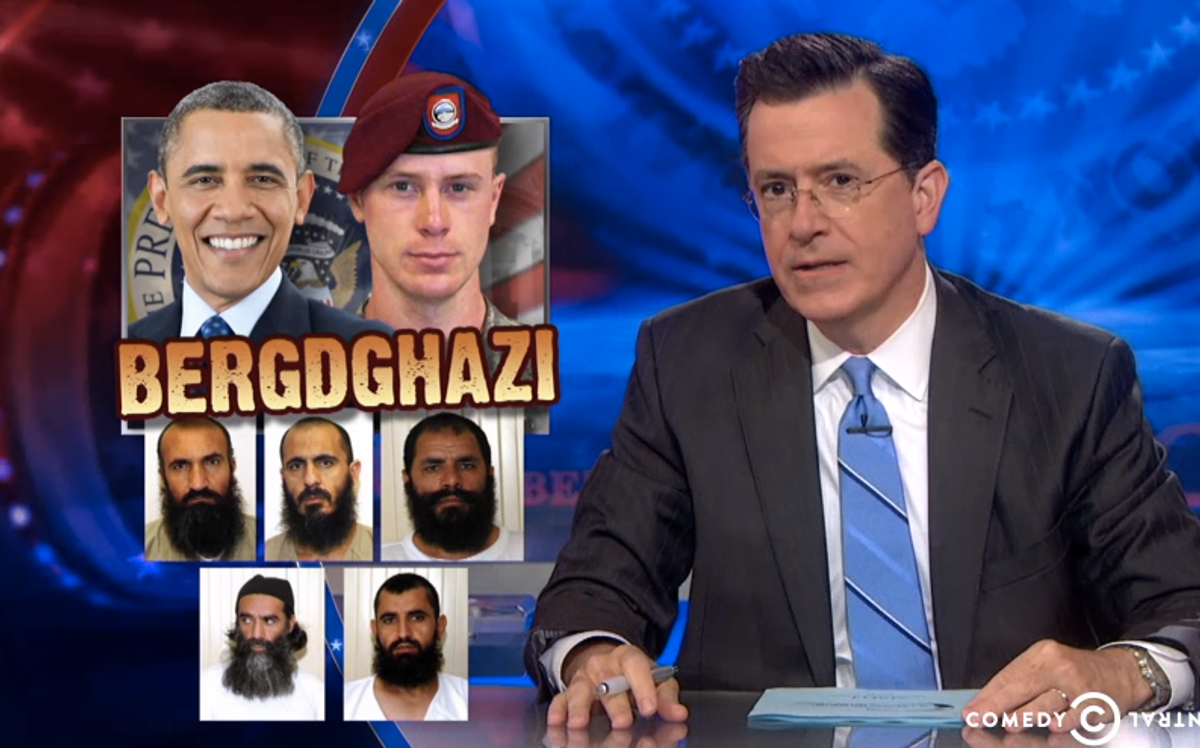 Stephen Colbert is right there next to Fox News, "in the sweet spot between complete ignorance and righteous indignation" over the national scandal and human being that is Afghan War veteran Bowe Berghdahl. Many are wondering if the freedom of Berghdahl, an American citizen who was held captive in Afghanistan for five years, was really worth releasing five Taliban prisoners. As Colbert points out, the guy's dad has...a beard! He used to do ballet! This is another conspiracy, like Benghazi, all over again.