The man behind "Slender Man" speaks out over Wisconsin stabbing

"My heart goes out to the families of those affected by this terrible act," Eric Knudsen said in a statement 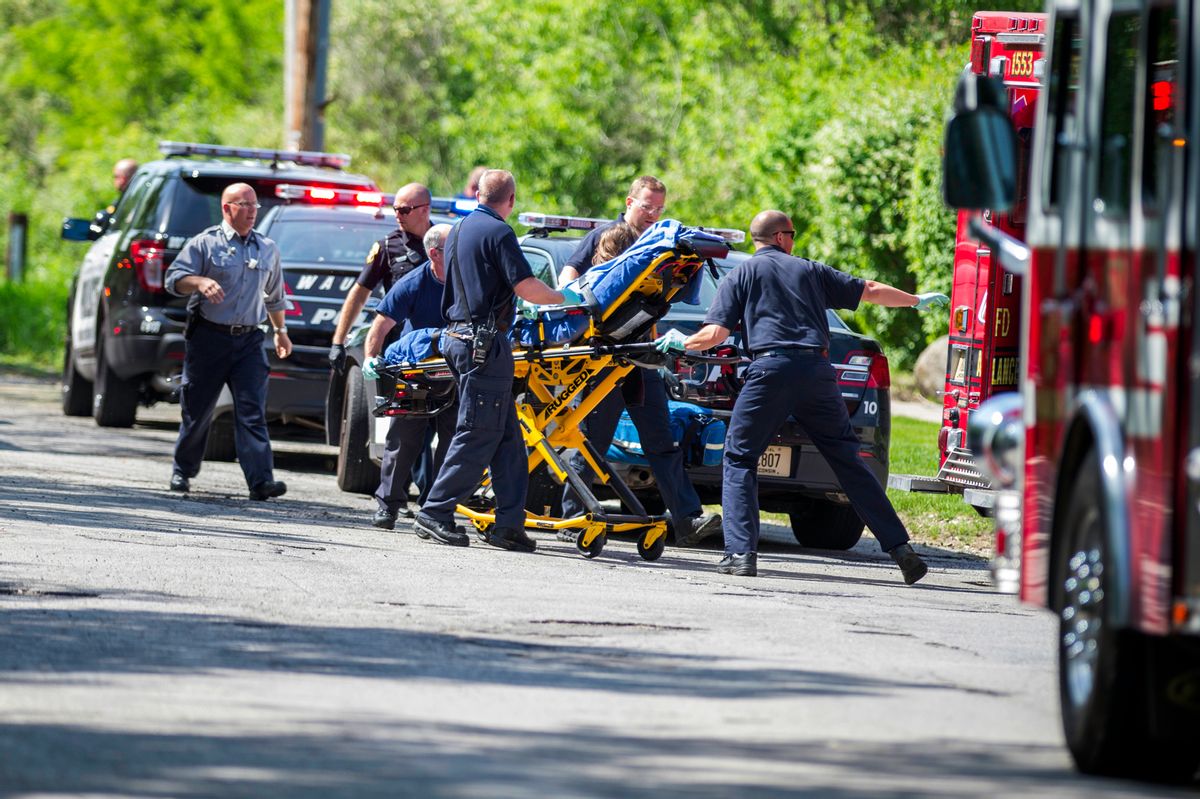 In this Saturday, May 31, 2014 photo, rescue workers take a stabbing victim to the ambulance in Waukesha, Wis. (AP/Abe Van Dyke)
--

Eric Knudsen, the man who gave life to the “Slender Man” horror meme, has spoken out about the alleged stabbing of a young girl by two peers who said they were trying to please the mythological character with a human sacrifice.

“I am deeply saddened by the tragedy in Wisconsin and my heart goes out to the families of those affected by this terrible act,” Knudsen said in a prepared statement. A spokeswoman made it clear that he would not be granting media interviews on the topic.

Since 2009—when Knudsen posted two Photoshopped images of a tall, spindly, faceless figure on the forum Something Awful—the Slender Man has taken on a life of his own, spawning crowdsourced Internet folklore as well as various film and art projects. Knudsen’s original concept involved the stalking and mysterious disappearance of children.

David Morales, an administrator at Creepypasta, the web community for paranormal tales where the 12-year-old girls charged with the attempted murder had read about Slender Man, defended his site. He stressed its minimum age requirement (13) and noted that its imaginative works are clearly labeled as such.

“We are not teaching children to believe in a fictional monster, nor are we teaching them to be violent,” Morales wrote in an emailed statement, according to the Associated Press. “Overall, the community has deep condolences to the family of the victim and all those who were involved.”

The victim of the shocking crime remains hospitalized. The two suspects are to be tried as adults, with each facing up to 65 years in prison.